Ovidia Dragoness said:
Animal rights is kinda touchy because there's a divide between meat eaters and non meat eaters. Joining either group will make the other day you aren't actually helping animals. For example, conservationists on the meat eater side supports legal hunting which helps fund conservation efforts. However this is completely against the non meat eater viewpoint of helping animals because an animal dies. It's complicated.
Click to expand...

It’s going to remain complicated for the foreseeable future, I think. Boyfriend (vegetarian) and I (omnivore, eating primarily vegetarian at home because we share meals) were discussing the ethics of eating roadkill the other day. It’s an effect of human encroachment on nature, but it’s a ship that’s long sailed.

And that’s the crux of it; humans have fucked with nature enough, in ways that cannot be repaired in a hurry, that we need to compensate for the balances we upset in some ways. We’ve cut down wild populations of apex predators in many areas to where their prey populations can exceed what the land can support. What do we owe nature to compensate for this? Do we cull the herds to a sustainable level? Do we allow animals to starve (and possibly harm their environment in desperation in the process) in the leaner months? Do we put out feed to get them through the winter, and then deal with the population ballooning even more the next year?

I don’t think it’s as easy as “do you eat meat y/n?” Eating less meat, and opting for humanely produced meat, is better than eating 2-pound steaks from factory farms daily. Avoiding animal exploitation altogether, if you consider e.g. beekeeping to be exploitative, also means cutting out a number of crops dependent on pollinators (almonds and a number of fruits are the ones I happen to know of, but I’m sure there’s a lot more). Which can absolutely be done if you feel that that’s what you believe in, don’t get me wrong. It more goes to illustrate how wide the spectrum actually is.
Crazy cat lady alert.

Regarding eating meat, I agree with Mungo, which is why I always say 'reducing meat consumption'.

If you eat half as much meat, that still helps the environment by reducing your carbon footprint.

If all of us ate significantly less meat, that has a bigger environmental impact than a very small number of people eating none at all.
Userpage of Fallowfox -- Fur Affinity [dot] net
Two broken Tigers on fire in the night, flicker their souls to the wind.
The flames of the Tigers are lighting the road to Berlin.​

I always thought that the people who's climate plan involves "everyone should be vegan" were somewhat delusional. Too many people like meat too much to give it up, however I do believe that a much more reasonable plan that might actually work is to get people to halve their meat intake as well as switching to more environmentally friendly meat like chicken (much lower greenhouse emissions than cattle).

Lately I've been trying to cut my meat intake by a lot and replace it with veges, I just wish all the tasty vegetarian recipes didn't take so long to make!

I'm hoping lab meat progresses enough to be used in fast food at the very least, that would definitely put a dent in industrial meat production. I'd also like to see more work done in the regenerative agriculture field and managed grazing. Cattle ranching doesn't have to be destructive to the environment if done properly.

FaroraSF said:
Lately I've been trying to cut my meat intake by a lot and replace it with veges, I just wish all the tasty vegetarian recipes didn't take so long to make!
Click to expand...

It’s kinda cheating, since it’s using a meat substitute, but quorn will do pretty well in just about any chicken recipe and is pretty quick to cook. It’s mostly boyfriend that does the cooking in our house, so my repertoire (meat or no meat) is admittedly pretty limited, though.
Crazy cat lady alert.

I'm unsure if this is allowed, but this kid could definitely use some help: 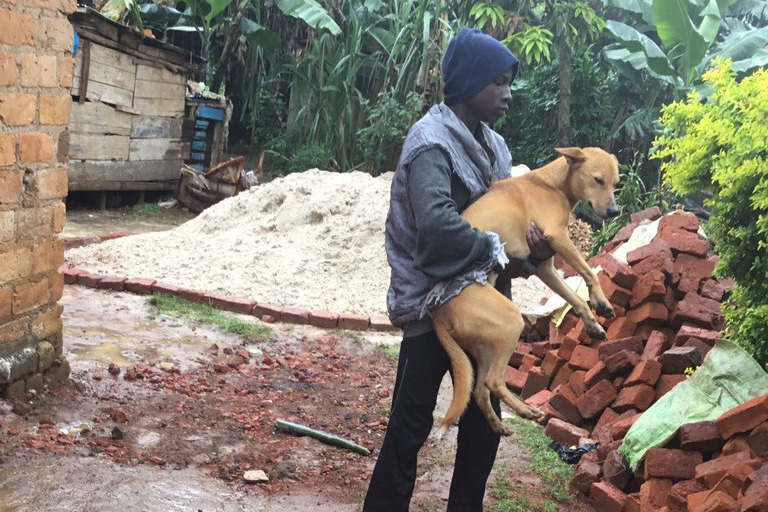 gofund.me
In the midst of political turmoil, he's running an animal shelter and education center despite the dangers to himself, his family, and his beloved animals.
The needs of the many outweigh the needs of the few, or the one.

The reason the activism died down is probably more due to extremism and PETA—as you probably know, they care more about money than animals and take an extreme approach where they would rather animals be dead than be ‘enslaved’ (i.e. pets).

The extremism really killed it for a lot of people. Animal fights is associated with PETA extremists now.

Anyway, you can do a lot just online by raising funds and through education or looking into volunteer work with local wildlife agencies. Depends on your area and I’m not from your area so I wouldn’t know.

But just some info for those wondering what happened to the animal rights movement... it got hijacked

It is World Whale Day, my dudes