anyone use a secondary pc for old dos or xp games ?

ive been feeling nostalgia lately and decided wanted to install xp on my old dell that came with windows 8 and 7 worked well ! xD so im stuck after its loading files and i think the SSD is too new for it so now im going to get a 500gb 7200rpm hard drive and also a new dvd drive just incase since i think this one is about to go out on me i also had to put a new button battery becouse i couldnt get into the bios.....just one thing after another XD lol.

StarJump said:
sure does xD but as for me im trying to run real cds so its gonna be a bit of a challenge XD
Click to expand...

i have had mixed results with it, particularly because it cannot find any internet connections easly, i had to find the cd for my usb enternet adapter to instill the driver and get any connection, even if i barely needed it

I have a Windows XP Virtual Machine on Windows 7, and I can install and run some old 90's and 2000's games from disc, though not full screen! : (

I've been looking into a Windows 95 Emulator, but can't figure out how 2 make it work, bugger! : (

Trevorbluesquirrel said:
I have a Windows XP Virtual Machine on Windows 7, and I can install and run some old 90's and 2000's games from disc, though not full screen! : (

I've been looking into a Windows 95 Emulator, but can't figure out how 2 make it work, bugger! : (
Click to expand...

As someone who uses a lot of old hardware on a regular basis (anywhere from computers contemporary in 1999 to the Windows Vista/7 age) for nostalgia, troubleshooting, and gaming reasons, as well as earlier hardware on a less regular basis, I can say that emulation is by far a better route if you're just looking to play some old games. VirtualBox, for example, lets you add a real CD drive as your emulated CD drive, as long as the computer that you're emulating on still has a physical ODD (if not, a cheap USB one should work too).

If you're absolutely dedicated to running on real hardware, you might need something slightly older for XP. Problematically, some computers from the era of Windows 8/8.1/10 just really don't like running Windows XP and earlier, even when you turn off all the newer features in the BIOS, and I haven't been able to discern explicitly why. Does it blue screen when you attempt to install XP?
Avatar by -Vigilance- on FurAffinity.
Main FA Account - Music FA Account - DeviantArt - Furbase (auf Deutsch)​

DOSBox for any DOS game and an XP virtual machine that I only use for Windows games that absolutely require less than 64 bits.

It still has trouble with a few games but it's the best I can do.

I recently had to throw out 3.1-era computer hardware because as much as I wanted to keep that for authenticity purposes, I simply did not have the space available.
Is it really hoarding if you're not at the top tiers of resources?

I'm one spoiled beast and I want my old games to run & look better than they used to. So emulation is the way to go.

I've got an old Pentium 2 running Windows 98se for some of my older games.
(I need to wipe and reinstall actually, the OS is getting unstable again)
I got rear ended on to page 6969 by ninjas... ... There is nothing right about that sentence.

Windows xp will run on 2.5 sata ssd but not on m.2 ssd i would install windows from a cd or dvd instead of a usb drive i had many issues when i tried boot windows xp from usb flash drive oh yeah also try to avoid using service pack 1 if your windows copy comes with service pack 1 then after the installation is done download the service pack 3 update from internet

I use my old college laptop for XP games like Freelancer, Omikron the Nomad Soul, Phantasy Star Online, and Deus Ex, but it's been awhile since I've booted it up.
Wear a mask. Wash your hands. Watch the mainstream media. Practice social distancing. Educate others. Get vaccinated. That is how we'll get through this crisis. Stay safe and strong.
Black Lives Matter. Stop Asian Hate.
Support Ukraine: https://www.uwvm.org.ua/?page_id=3031&lang=en & https://savelife.in.ua/en/

ben909 said:
how do you run the vm, it seemed easy to set 2 up on virtual box, baring the amount of storage space needed
Click to expand...

I installed Windows XP Mode on my Windows 7 Desktop!

I followed the steps on a page like these!

How to install and use Windows XP Mode in Windows 7 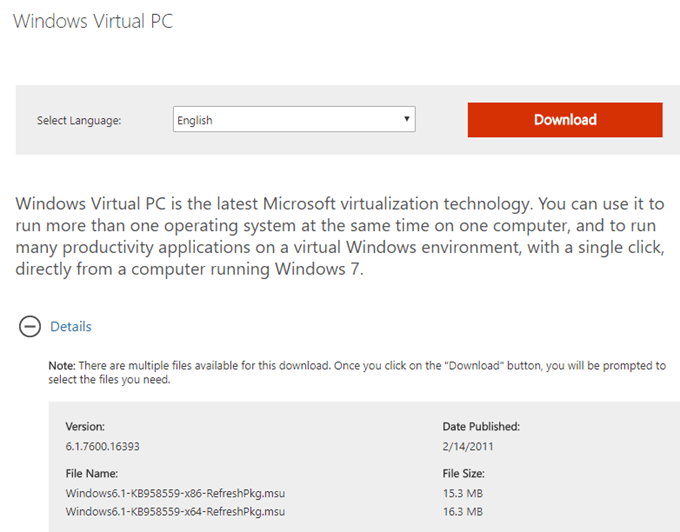 How to Use XP Mode in Windows 7

So far, Windows 7 has proven itself to be a good overall operating system. It has brought several needed improvements, and even some new technological features. However, Windows 7 can [...]

"anyone use a secondary pc for old dos or xp games ?"

I have a secondary PC that I installed Win-7 (32 bit) to run Poker clients: Black Chip Poker. It originally had XP, and I ran that, but got warnings that some features may not work. I kept it until it quit working.
Live Free or Die: Linux
You must log in or register to reply here.
Share:
Facebook Twitter Reddit Pinterest Tumblr WhatsApp Email Share Link
Top