Hey guys! Lately I’ve seen a lot of YCH submissions on FurAffinity. Usually they have an auction or a flat bid price. My question is, are they worth the time and effort?

Artists: Have you had success with creating YCH? What tips do you have to make these posts successful?

People who buy YCH: What do you look for when you are bidding for a YCH? I’m curious as to why people bid on these when they could commission artists to draw their character. Why does this appeal to you?

This is the first time I’ve seen these kind of posts since I’m new to the community. Is this an art trend that everyone plays along with or is this a legit method of making income? I want to make sure I have some background info before I tackle something like this.

Thank you so much for all your help.

YCH's have been around for a very long time and is something that many artists do, and many artists who even do them and nothing else when it comes to commissions.

Usually YCH's are either bases, or small little edits that are sold many times over. They're not always auctions, and most of the time have unlimited slots. This is a surprisingly good way to make money as an artist if said base or small edits are good enough, cheap enough, and quick and easy to do. I know a few artists who only do small, cheap YCH stuff for 3-5 USD each and they're able to make a sizable profit off of it with how many people commission them.

The other kind of YCH are one-offs and are usually fullbodies or illustrations. They're typically pretty expensive depending on the artist, and an artist can make quite literally hundreds of dollars off of one or a couple of these, since there's only one of them being sold, there will be a high demand, which gives people a reason to bid very high. There's also group YCH's with different auctions for each character slot in an illustration, and typically make more money.

Lots of people have success with YCH's, especially smaller artists who're trying to make a name for themselves. Not only does it give them recognition, but It gets them paid as well. I'd say that YCH's are the best way to grow as an artist besides raffles and freebies.

Personally, I bid on YCH's if I genuinely like the scene, and I'll try to get a steal if I can, but if I like a scene enough, I'd bid way over the amount I'd typically pay that particular artist for an original commission. The point is - If an artist provides an idea I like enough, then I'm more encouraged to bid on that rather than commission them outright.

Another reason buyers would do that is because some artists make YCH's for a little money on the side when their commissions are closed, so that would be their only option.
​

This is my first time doing YCHs as I've been fascinated by their sheer number on furaffinity like you are, OP. 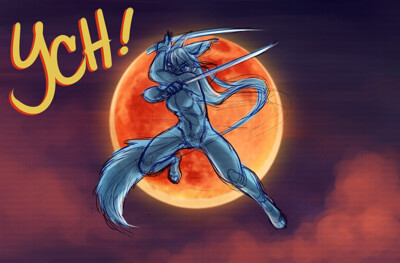 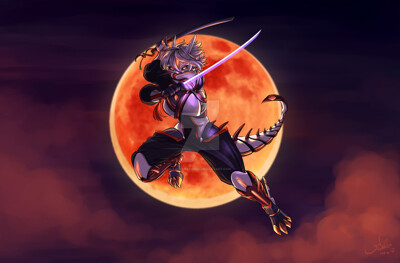 Are they worth the time and effort: As an artist, yes. I already have basic things I need to finish a picture - all I need is the model/client. So it's pretty convenient to find someone willing to do that pose/idea for you. Customers find YCH an easier alternative than explaining what they want. Sometimes it's a "I'd want it when I see it." so a captivating, unique idea/pose can get you a lot of interest. And since the pose is premade, it's sometimes, cheaper than a fully customized commission. (Where I took $10 off of my base prices for YCH)

Having a gallery with sample finished work can help sell your YCH. If people don't know what to expect, they probably won't buy your YCH. That's why I provided links to samples of styles I'm willing to do for certain amounts in my bidding post.
•❅───✧❅✦❅✧───❅•