I'm new to the furry scene and I was told I should look for a character ref sheet. Sooo I’ve been looking for a while and I’ve seen a lot but i thought I’d post and see what would be the best i could find.

Character Name: (York Alistar)
Gender &/or Sex: (Male)
Species: (Wolf)
Build/Visuals: (He’s a silver furred wolf with light blue stripes on his thighs and upper arms with glowing blue eyes. He has a big fluffy tail that also has blue stripes on it. He is not huge is stature but his muscles are defined and noticeable and stands at 6’2. He has a blue tongue and white sharp teeth. The area around his snout is white with blue whisker holes. He has blue nails and a scar over his right shoulder.)
Personality Type: (He’s funny, jokester, kind, caring, sweet, a gentlemen, he likes video games and he was in the military as a sharpshooter.)
Additional Details: (He is 25 years old. He likes to wear blue shorts, white hoodie and a blue backwards snapback hat with a silver pendant necklace. I’d like one to show him without the clothes to show his body’s details and the other be clothed.)

I can’t think of anything else atm because im new to this. But i want to see what kind of artists are interested in working with me to get this made. My max budget is $50 but depending on how the finished product is i may be willing to go more. Idk if i want any NSFW stuff just yet but i want to have a nice ref sheet. 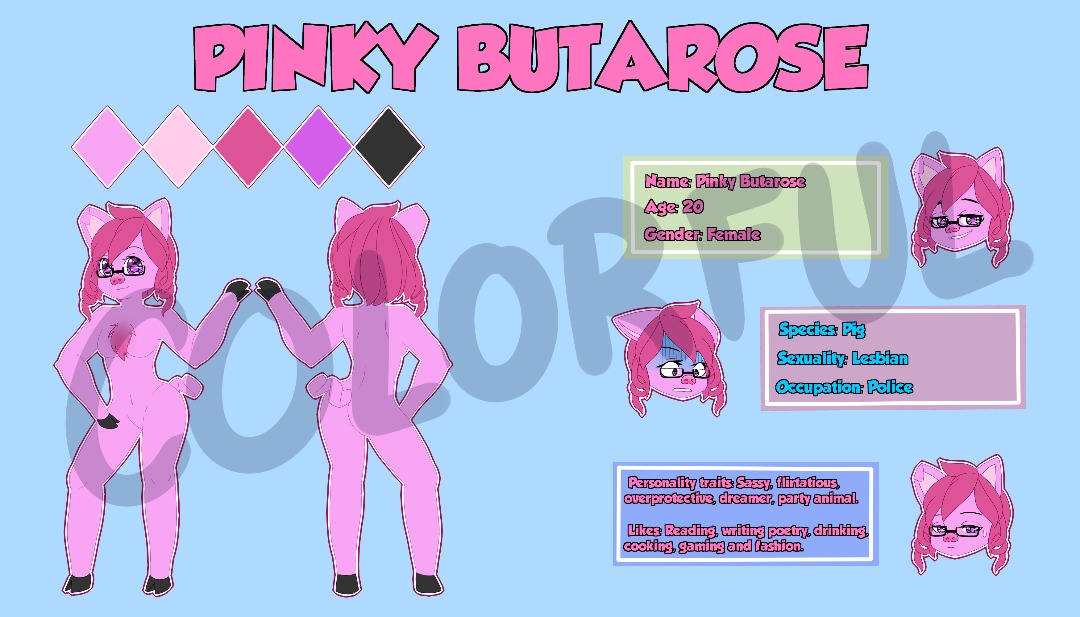 hey! i love getting to help realize new characters for people c: you can find examples of my work and usual pricing on my commission thread here. i'm open to discussing pricing as well!

this is the most recent reference sheet i've done as a commission, along with one of my (feral) characters! c:

my FA | my commission info | my art tumblr

Hello! Please check out my art and prices! I would love to draw for you! For more info check out my site: Art Prices – KristKC
You could at least afford the simple sheet: front, back, and NSFW = $50 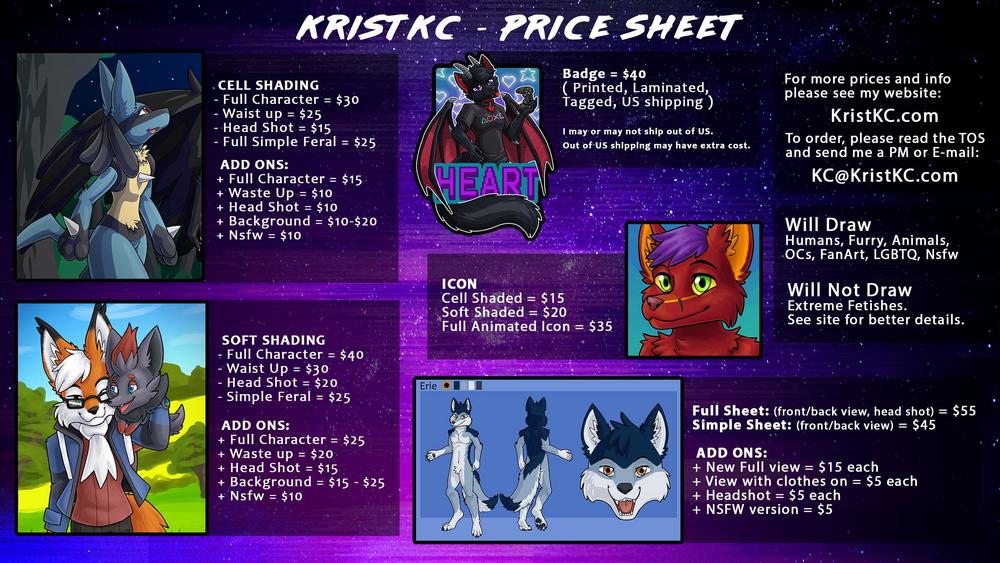 here's a link to my price sheet. For whatever reason I can't upload images on the forums www.furaffinity.net: Price Sheet by Dear_Ruby

and here’s the rest of my gallery! I draw a lotta wolves. You can have 2 lined full-shot / 1 coloured full-shot for $30.
Checkout my past projects: Artstation / FA.

Check out my game /TERRA VN !
More support is needed for this game to be successful.
Please kindly give it a shoutout, any little bits exposure will do this game a big favor.
Telegram / Picarto / Furaffinity / Artstation / Instagram / Term of Service
× CHECK MY COMMISSIONS STATUS × × HOW TO COMMISSION × × PRICE SHEET 2020 ×​

Hey, maybe I can give a try! Two sides (front and back views) of a naked wolf would be $40; by adding an extra view with clothes on (+$15), that amounts to $55, though. Bio details included, and initial sketches are free of charge so you may check whether it satisfies you or not before taking a decision. More info and terms of service here~ i can help! check out my commission thread for more info
please look at my art

Hi, I was very interested in your proposal and would very much like to be able to carry out this work.
This is the link of my portfolio in the FA: Raidez FA ( value negotiable )/ Artstation: Raidez
this is my page here in the forum where I ask my clients to write feedbacks. 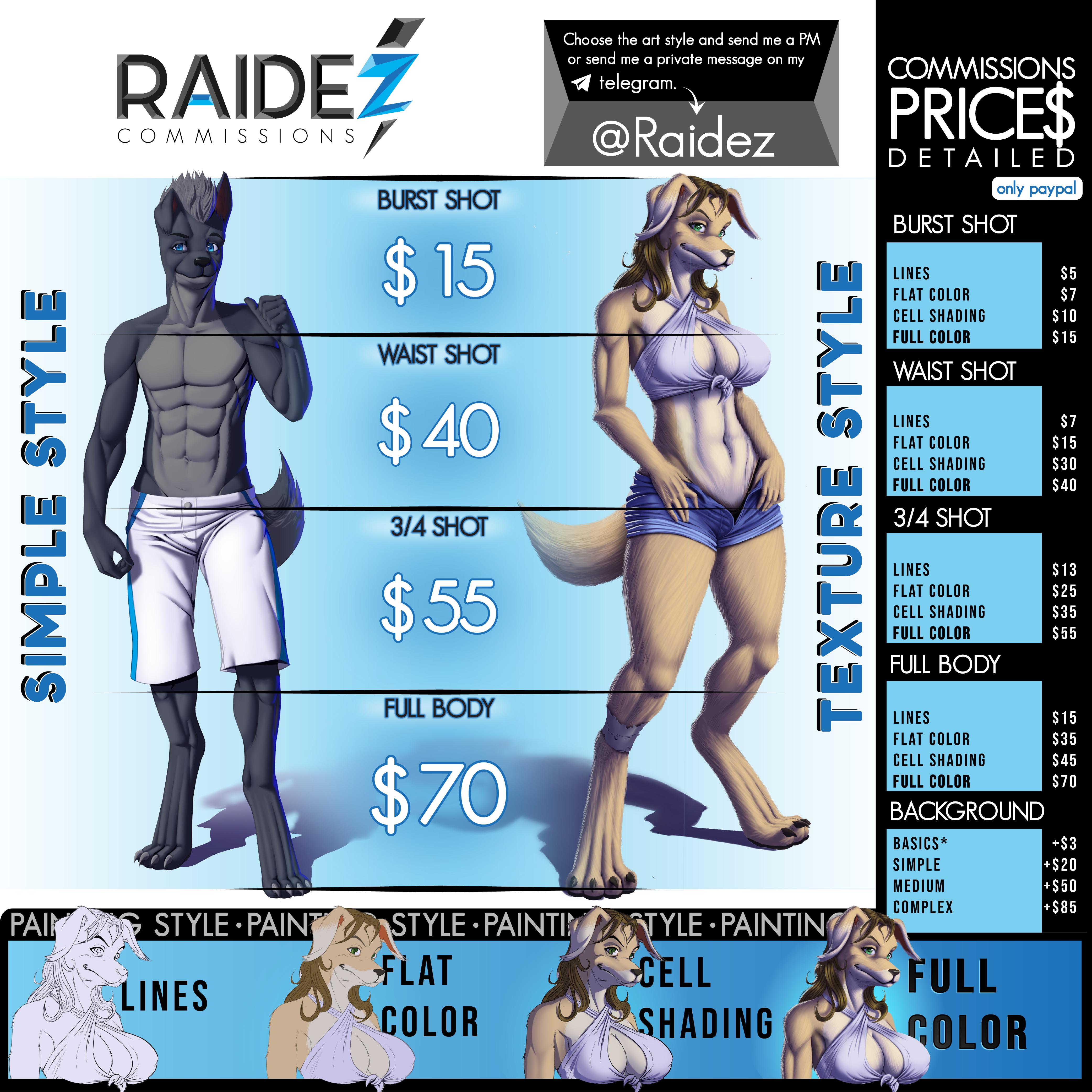 I am interested in this and will help you out make your character! Heya! I can help make a ref for you for a haggled price!

My Furrafinity | My Deviantart | My Commissions | Portrait| Book | Game | Comic

• I can draw : reference sheet and wolf
• Time : illustration take me two to four weeks to do.
• Price : depend of complexity and specification of your commission.
• Commissions informations : message me for more infos
• Contact : mokolat.illustration@gmail.com