Computer Mice, AKA "How do YOU point and click?"

For anyone using a desktop, laptop, or maybe you somehow made a mouse work with your phone or tablet: What's your choice?

Your standard optical mouse? A gaming mouse with extra buttons? Maybe you're a bit more old-fashioned and prefer one of those mice with the two plastic wheels and internal rubber ball (and have probably had to pick things off the wheels a few times)? Orrrr maybe you blend both worlds and have a trackball mouse?

Prefer corded mice, or like the use-anywhere of wireless mice?

Or maybe your system is so advanced that you have to use a 3D mouse?

Will reserve mentioning my choice until we get some responses. (I'm NOT that last one that's for sure.)
Is it really hoarding if you're not at the top tiers of resources?

I always use a corded mouse if i have the choice
LPW is an airship, please refrain from smoking
pvp is still better though because you can win
____________________________________
also, before anyone thinks i am evil most of my comments in forum games and/or off topic are in character when outside of ()'s
but the characters do vary

For my PC, I've got a Logitech MX Ergo. A thumb-operated ball, has standard mouse buttons with a wheel, two extra buttons and a precision button. Rather high-end device, solid and heavy with a metal base and rubberized top, but also very comfortable. Works great with my 3D graphics. 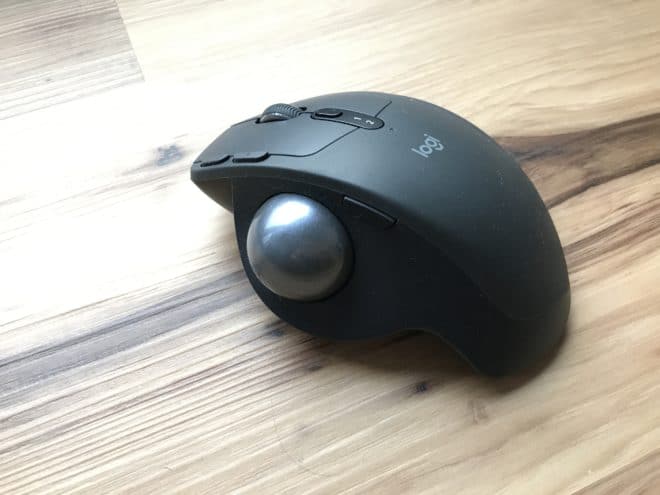 Note that I got it second-hand, and after 1.5 year of intense use it developed the dreaded double-clicking issue. Common internet advice in such cases is to replace the microswitches. But me, with my crappy soldering iron and no experience with electronics, only added more solder to the microswitch joints. And somehow it worked!

For traveling, got a Logitech M570. Simpler and less capable counterpart (no precision button, no wheel tilt, allegedly older sensor). But it's also very lighweight and much cheaper than MX Ergo, so it's much more portable and less of a loss if something happens to it along the way. 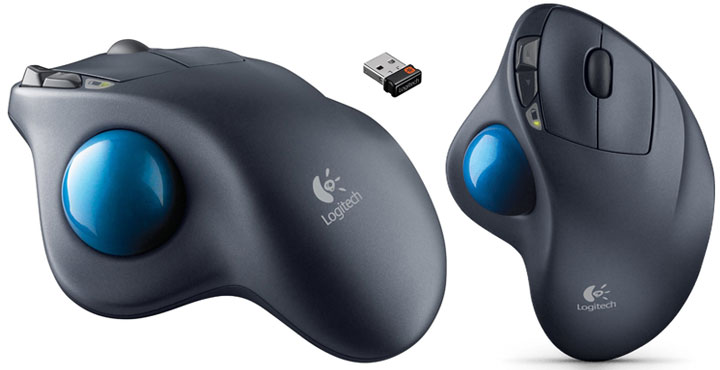 I'm intending to extend my collection, especially with the finger-operated gaming-grade Gameball (once it's finally released). But for now the finances don't allow.

Always a corded optical mouse.
Standard two buttons with a scroll wheel.
I got rear ended on to page 6969 by ninjas... ... There is nothing right about that sentence.

Logitech G403 here. Kind of an in-between for an optical mouse, two extra buttons on the side, one extra button below the scroll wheel. Still trying to get the hang of those extra buttons after several years honestly - and I certainly don't find it ergonomic to have buttons to the right of the standard right mouse button like at least one previous mouse had.

Sturdy enough that the only real weakness from a debris perspective is the scroll wheel - which I had to take apart the mouse this morning to clean.

I still use palm grip when it comes to mice, so I require the larger ones due to my larger hand size. And I will ALWAYS use corded mice, always.
Is it really hoarding if you're not at the top tiers of resources?

Firuthi Dragovic said:
Logitech G403 here. Kind of an in-between for an optical mouse, two extra buttons on the side, one extra button below the scroll wheel. Still trying to get the hang of those extra buttons after several years honestly - and I certainly don't find it ergonomic to have buttons to the right of the standard right mouse button like at least one previous mouse had.

Sturdy enough that the only real weakness from a debris perspective is the scroll wheel - which I had to take apart the mouse this morning to clean.

I still use palm grip when it comes to mice, so I require the larger ones due to my larger hand size. And I will ALWAYS use corded mice, always.
Click to expand...

Had a look at the two mice side by side. Looks like the side buttons are larger on the 403, but the below-wheel button's larger on the 203, and the lighting and feet of the mouse are different between the two iterations.

Also the 403 has room for a small weight on the bottom that the 203 does not. I might move a lighter mouse too swiftly to control it so that helps.

DPI maximum appears to be higher on the 403 by about 50% but I don't know the last time I messed with that. I know DPI affects mouse speed and I know that the way my mouse is currently set, I can cross the width of a 2560x1440 screen with about 1 1/4 inches of movement.
Is it really hoarding if you're not at the top tiers of resources?

I use Razer DeathAdder v2
It's an optical gaming mouse. It has a very precise sensor, my previous mice often ended up with janky pointer movement, but this one doesn't. It also has a very light and flexible cable. It's convenient! It doesn't get in the way.

I have used a wireless gaming mouse with large numbers of buttons, but I never really needed all those extra buttons that much, and I actually found wireless to be more of a hassle than wired. I constantly had to recharge the battery and the recharging cable wasn't great. There was an USB dongle for receiving mouse input, and one for the recharging station. Over time, it also developed a delay for starting to register input. All together, the system was less convenient than simply using a wired mouse.
Avatar by the awesome Bluefangcat​

Logitech M510 for my laptop, Logitech M535 Bluetooth for my tablet.
(tag line missing or corrupted: please notify Kellan, the old warhorse if this persists)
"Brutus, what's that pain in my back?" Gaius Julius Caesar
http://www.kellanmeigh.com

I use a wireless mouse with minimal buttons for work, but I was very picky. I wanted something that could go for quite awhile without charging as I work online and didn't want it running out of juice during work. I also didn't want to have to go through the effort of charging it every night as I'm lazy.

The one that I went with was the Logitech MX 25 due to its portability, and the fact that it can hold a charge for quite a few months. I bought it in April of 2020 and I've only had to charge it maybe three times since then. Four if you want to overestimate.

It's for my laptop, and it's pretty small for travel and lap desk purposes. So if you don't have dainty hands it'll be a hassle to use. It was hard for me (someone with petite digits) to get used to holding and using for awhile. Using normal computer mice always winds up being a bit weird now because of how I'm used to curving my hand slightly during use of this one, but if you don't switch up mice a lot this is fine.

Unfortunately, the scrolling wheel is broken due to the many times I'd flat out drop it (I didn't have a desk for awhile and I am clumsy). The grips at the sides also began to come off from heavy use (working 8 -13 hours near every day for 12 months not counting free time) So I'll need to get another soon.
My Icon Artist: CrystalBerry
My Banner Artist: Kirena-Kaya
My Forum Event: Sacrifice Your Sona
My RP Thread: [PBP] Welcome to VA-11 Hall-A
Other Links: About ~ Gallery ~ Moodboard ~ Blog ~ Spotify

I have a Redragon gaming mouse. I'm actually not big on gaming so I have only a few games I play actively, but the extra buttons can help for easy access to different actions, and it's noticeably more precise and reliable than standard mice. I used to have a Perixx programmable mouse with even more buttons but tbh I didn't need 8 different ones, and it was on it's 4th year with the scroll wheel and right click not working correctly.
ᵒ * ✧☆ he/they ☆✧ * ᵒ
- Traditional artist -
PhD in Shitposting

For my laptop / art tablet I use a wireless logitech trackball one.
And for my gaming setup, I'm currently trying to find a mouse I like to replace my current one (right button is wearing out) but it'll be a wired optical one with at least a few additional buttons.
You must log in or register to reply here.
Share:
Facebook Twitter Reddit Pinterest Tumblr WhatsApp Email Share Link
Top