This is Sinosauropteryx, the first non-avian dinosaur ever discovered with feathers (unless you count Archaeopteryx). Like with Anchiornis, we know its exact life appearance!

Eurypterids, AKA sea scorpions, could grow to astounding sizes, making them the biggest arthropods known to have existed. Considering they’re a sister group to arachnids, I understand why some people might be terrified at the sight of this. Contrary to their name, they weren’t scorpions, and not all of them lived exclusively in the sea.

Getting late over here, so one more post for tonight. Here’s just a friendly reminder that we live in a world where a dinosaur was given the name “Thanos”. Yes, that is its actual real scientific name. And it’s only known from a single vertebra.

It belonged to a family called the abelisaurids, which had very, very short arms that were more or less completely useless. So, unfortunately, this Thanos couldn’t wear the Infinity Gauntlet, let alone even snap his fingers

JuniperW said:
View attachment 107459
This is Sinosauropteryx, the first non-avian dinosaur ever discovered with feathers (unless you count Archaeopteryx). Like with Anchiornis, we know its exact life appearance!
View attachment 107460
Click to expand...

it kinda looks like a roadrunner
I'm a female willing submissive surti goat.

I don't know if anybody in the thread mentioned is but Dunkleosteus had one of the most badass aesthetics of Devonian period. 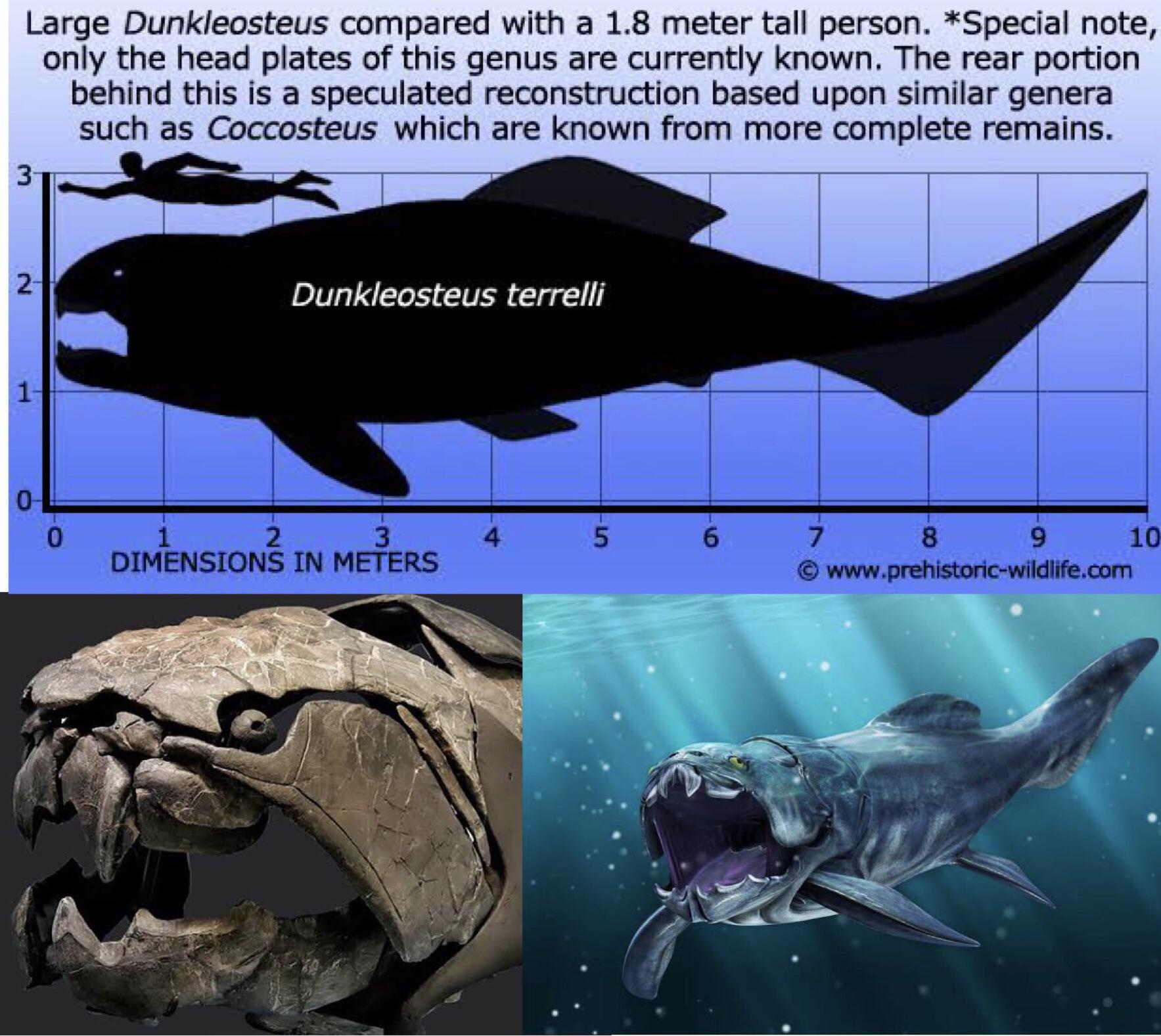 Thought I might add this tidbit about a new species of Kunpengopterus that was announced a few days ago. This is a pterosaur with opposable thumbs! So, if you ever needed a reference for anthro pterosaurs...this is it!

TheCynicalViet said:
I don't know if anybody in the thread mentioned is but Dunkleosteus had one of the most badass aesthetics of Devonian period.

Time to ruin the fun:

I actually just watched some stuff about ol' dunkley here the other day. Apparently it most likely had lips.
https://www.furaffinity.net/user/biscuitsboy532/

I really like Yutyrannus. It’s the largest dinosaur known to have feathers, and was a distant relative of T. rex. Although...there were definitely even larger feathered theropods than it!

This is my interpretation of Deinocheirus from a few months ago. For over half a decade, all that was known of this dinosaur were two massive arms. It was only in 2014 that we could aggregate enough material to build a better picture of what it might have looked like. It was freaking massive...around eleven metres long, I think. What’s interesting is that some of its tailbones were fused together, as seen in modern birds, which could mean that it had feathers. I was a little conservative with the feather covering here though, as its large size meant that it could regulate its heat without the need for more complex integumentary structures. thread died again, have another chalicothere

im sorry but i cant stop thinking about the gorilla horses
https://www.furaffinity.net/user/biscuitsboy532/ It was the definitive Big Chungus
https://www.furaffinity.net/user/biscuitsboy532/

I just found out about these animals.

They had trypophobia teeth! I just found out about these animals.

They had trypophobia teeth! Andrewsarchus, the largest predatory land mammal by volume (One species of bear was heavier).

Despite it's appearance, it's closest living relatives are Hippos, not Caniform Carnivores
https://www.furaffinity.net/user/biscuitsboy532/

The Haast's Eagle was a megaborb driven to extinction around 1400 when the Maori killed off their main prey, the gigaborb Moa.

Kit H. Ruppell said:
The Haast's Eagle was a megaborb driven to extinction around 1400 when the Maori killed off their main prey, the gigaborb Moa.

I've read about these. From what I remember they clearly weren't too pleased about it any kept trying to eat the Maori instead
https://www.furaffinity.net/user/biscuitsboy532/

Despite it's appearance, it's closest living relatives are Hippos, not Caniform Carnivores
Click to expand...