CRACKED: The birth of the modern furry culture (fursuit and con focus)

CRACKED posted a fascinating article detailing the history of furry subculture in conventions. An interesting and comical read, thought I'd share with y'all. 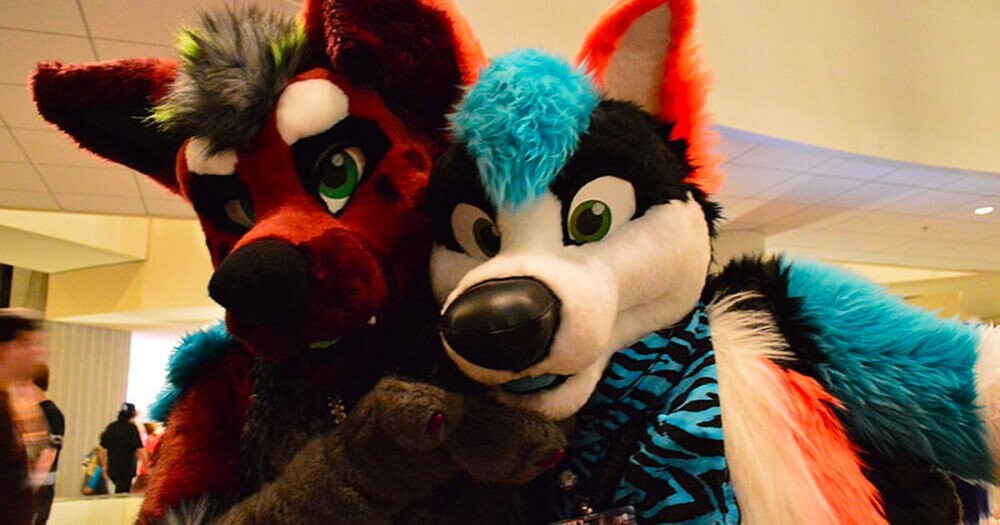 Deranged Trekkies And Anti-Commie Propaganda: The Birth of Furry Culture

F*ck. *sigh* Well, at least few people really care about, let alone allow themselves to be hurt by, any bad furry press anymore -- no matter how jovially presented. If there's any silver lining to come out of "accountability culture" -- yes *ahem* -- it's that it put life into perspective and forced people to make judgement calls on which social circles, and even whole interests, were important to their happy futures versus destructive liabilities.

It looks like scratching at the surface with more of an eye towards getting attention, from the quick skim I did. Some of the information matches up with what I've previously heard from sources definitely in fandom, some of it doesn't quite seem to jive. It's also not a particularly captivating article, IMO, so *shrug*. Not sure it's worth giving many fucks one way or the other about.
Crazy cat lady alert.
E

Kind of a shame because I still remember there being some riotously funny articles in the past.

The Onion is funnier.

Christ On A Crutch! The d00d that wrote spewed forth shat out the drivel in that article had that watched that one episode of CSI too many times. 99% off the mark, well, except the Diaper d00d at Further Confusion. This guy was probably just writing a piece of drivel to sell for some dope money, probably an independent stringer. By the tone, you could tell he was not a furry nor positive toward the fandom.

This aapiece of barf would be accepted as gospel by new furries but not for a furry (me) that had been around since before the fandom existed, having to go to the Sci-Fi/Star Trek conventions in the beginning to show off our anthro creations. The only thing that hit the mark was the diaper people walking around in baggy diapers and bondage gear, just there to use the Con for an outlet for their personal unrelated kinks.

That article pissed me off!

Banned
Does Seanbaby still write for them?

Wow, that was bad. The last furry related Cracked I remember was this one, which wasn't too bad.

F***ing Hostile said:
Does Seanbaby still write for them?
Click to expand...

I wonder what happened to that guy. Used to read his page back when I was in High school (roughly 20 years ago).
E

TurbidCyno said:
I wonder what happened to that guy. Used to read his page back when I was in High school (roughly 20 years ago).
Click to expand...

He was probably the most consistently funny writer they had. He didn't like, bat 1.000 but he was pretty damned funny. Cheese had his moments but he was generally just so damn self-deprecating about his drinking and stuff that he'd become depressing to read. There was another writer who had moments, but I'm struggling to remember the name.

I remembered cracked being entertaining as a kid. But later on it sounded more like the paranoid ramblings of mister "it turned the frogs gay". Everything was taken to an unnecessary extreme.
FREE Toyhouse Codes

TurbidCyno said:
I wonder what happened to that guy. Used to read his page back when I was in High school (roughly 20 years ago).
Click to expand...

He's got his own page now...http://www.seanbaby.com/
E

Mambi said:
He's got his own page now...http://www.seanbaby.com/
Click to expand...