"In an different universe where sentient beings, humans, and creatures used to live in an complex, diverse, but untamed world where races fought for control of resources, land, and to keep their kind alive. Similar to wild animals surviving in nature. But a celestial device of alien origin came down carrying game changing power. It fell inside dragon territory where they made quick use of it to turn the tides and come out on top. To make it worse, they had chimeras on their side, a race that is mixed with bodies and traits of others.
With that taking place, the dragons made a deal with the remaining races, clans, and humans to submit under their rule, or perish. Many joined, except without violent resistance from many others. Eventually the dragon race won. Some decided to live far away and move their governments away from the threats. Any remaining fighters were forced to hide in secret, longing for the day they can kick them off their pedestals.

The settings the dragons as well as some "loyal" subjects live in are comparable to some high class medieval-ish buildings, steampunk technology looking like from Bioshock infinite, and of course, flying cities. Their societies have a royal kind of status as well as a cult that portray themselves as saviors who brought everyone together.

As regarding abilities, dragons hoard most of the energy needed to gain abilities, so your character is only able to have one ability for now. They will be working for a resistance group to do everything possible to get rid of the dragon race's grasp on most of the world.
(There isn't a whole lot for the background for now, but the story will build as we go on. It starts immediately after we get 2 or more people.)

Does it matter what species/race we are in this world?

and for that one specific ability rule. If you know Garra in Naruto, what he does with his sand is basically what i can do but i use arcane energy instead, would that be ok as my one ability?)

(I know who Garra is, pretty cool character. Yeah bending sand as an arcane ability is fine. However if you plan to crystalize sand into glass to use like darts, that'd be a whole different ability.)
Omae wa mou shindeiru...
Nani?!?

(I would just use it as a fluid type ability where i can control its movement until we get a level up token or something. It just costs mana for me instead of carrying around a sand gourd)

(Eh, I think that's a bit much. It should be one specific ability, cloaking, teleport stabbing, and teleporting are 3 different ones. And I said weapon, as in just one. Because of the scenario, it needs to fit.)
Omae wa mou shindeiru...
Nani?!?
J

Corrupt-Canine said:
(Eh, I think that's a bit much. It should be one specific ability, cloaking, teleport stabbing, and teleporting are 3 different ones.)
Click to expand...

(I only have one : opening wormholes
Those 3 are just what I can do with it)


Corrupt-Canine said:
(And I said weapon, as in just one. Because of the scenario, it needs to fit.)
Click to expand...

(Sure, I can just have the claw if you like)

(Well those look more like 3 combined into one, no offense. The energy to get abilities is just enough for these characters to have one.)
(The claw is fine.)
Omae wa mou shindeiru...
Nani?!?
J

Corrupt-Canine said:
(Well those look more like 3 combined into one, no offense. The energy to get abilities is just enough for these characters to have one.)
Click to expand...

(For the love of...
... fine, just the "dimensional cloak" then ; that's how it goes with the Void-Walkers)

(Okay, right. I guess I should get started. But I need my own character.)
Omae wa mou shindeiru...
Nani?!?

Background: He used to live hidden in the dragon territory by himself but he had to flee from his home due to the escalating fighting and the dragons attempting to force all to submit before them. He saw how the dragons began to treat others as soon as they acquired power enough to make others submit to them and he does not feel he can simply ignore those that are suffering due to the dragons tyranny. He wants to return home and help free those that have been forced to live under the dragons rule if he can.

One specific ability: Arcane energy manipulation(Probably more akin to water bending at this level but it will look like a stream of energy/mana)

Name: Martin
Background: Left orphaned by the dragons at a really young age, and as such possesses a very strong hatred for them. doesn't like talking about his past,and usually does everything possible to avoid the subject.
Ability: Lightning (melee/martial arts uses only at the start)
Weapon: His body (seriously, though he does carry a saber/rapier hybridized sword)
Last edited: Oct 7, 2016
Forget burning bridges, I blow them the hell up, that way there's only one way to go...forward.
J

(Actually... lemme edit mine a bit) 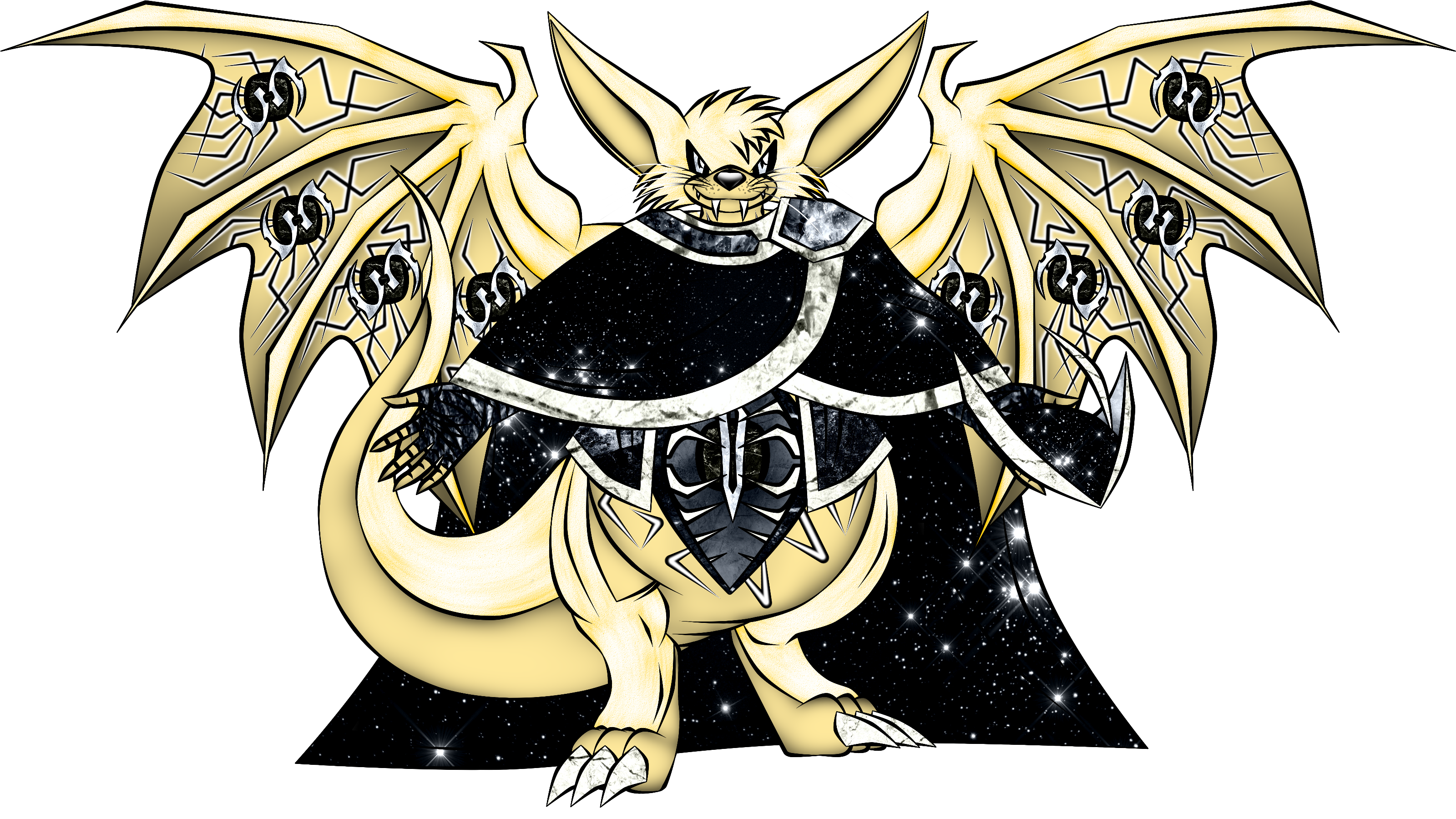 After assassinating and brutalizing every and all the dragons that terriorized his hometown, Jin faked the death of his people by making it looked like he murdered them out of cold blood as well, while in fact secretly taking them all to safety at a hidden place only known to him, and nicknamed himself as "Rift Ripper", becoming a wanted murderer to the dragon society and a (fake) terror to the resistance so as to occupy the dragons' attention, while at the same time slowly and secretly working his way to aid the resistance in ending the dragons' reign.
Dimensional Cloak : completely invisible/undetectable and even invulnerable

(These are pretty good bios, now all that's left is for me to create a character and bio.)
Omae wa mou shindeiru...
Nani?!?

Jin-Lust-4-Sin said:
ALIAS : Rift-Ripper (used to refer to him)
Click to expand...

"Rift-Ripper" sounds like a name for someone who farts a lot.
Some things are very hard to believe that's what makes them a special little snowflake. Name: Riley
Background: A quiet individual who lived far away from any major city or civilization. Although not completely unaware of the takeover by the dragons. He can't fully bring himself to get involved to join the fight, he enjoys wreaking havoc here and there, and even fights.
One specific ability: Resilience (He doesn't go down after a one hit kill blow)
Weapon: Hidden crossbow arm

(yeah)
Forget burning bridges, I blow them the hell up, that way there's only one way to go...forward.

-Nighttime in a hilly plain. A sparsly populated town at a checkpoint area where standing dragon guards examine late night cargo passing through. They are searching for any check contraband, fake passports, wanted criminals looking to enter or exit, and suspected "terrorists." They are on high alert. There are 5 guards, 4 standing bipedal wearing armor and armed with pin firing weapons. One large quadrapedal dragon, looking like he wants to go home already, standing to the side uninterested. Many bushes and trees surround the area.-
*A steam-powered cargo wagon approaches the vicinity*
Omae wa mou shindeiru...
Nani?!?

(Are we supposed to be on this wagon?)
Forget burning bridges, I blow them the hell up, that way there's only one way to go...forward.

(No, but you could be observing it by far.)
*A dragon guard stops it. Exiting out of it, a white female canine wearing a blue cover up steps out to meet them.*
(It may be your chance to establish your characters into the setting.)
Omae wa mou shindeiru...
Nani?!?
You must log in or register to reply here.
Share:
Facebook Twitter Reddit Pinterest Tumblr WhatsApp Email Share Link
Top