Banned
In literature involving spells, magic runes, enchanted weapons, or any sort of applied supernatural phenomena, what is your favorite type of magic?

I feel like you'd be a chaos fan, that's their main gimmick: 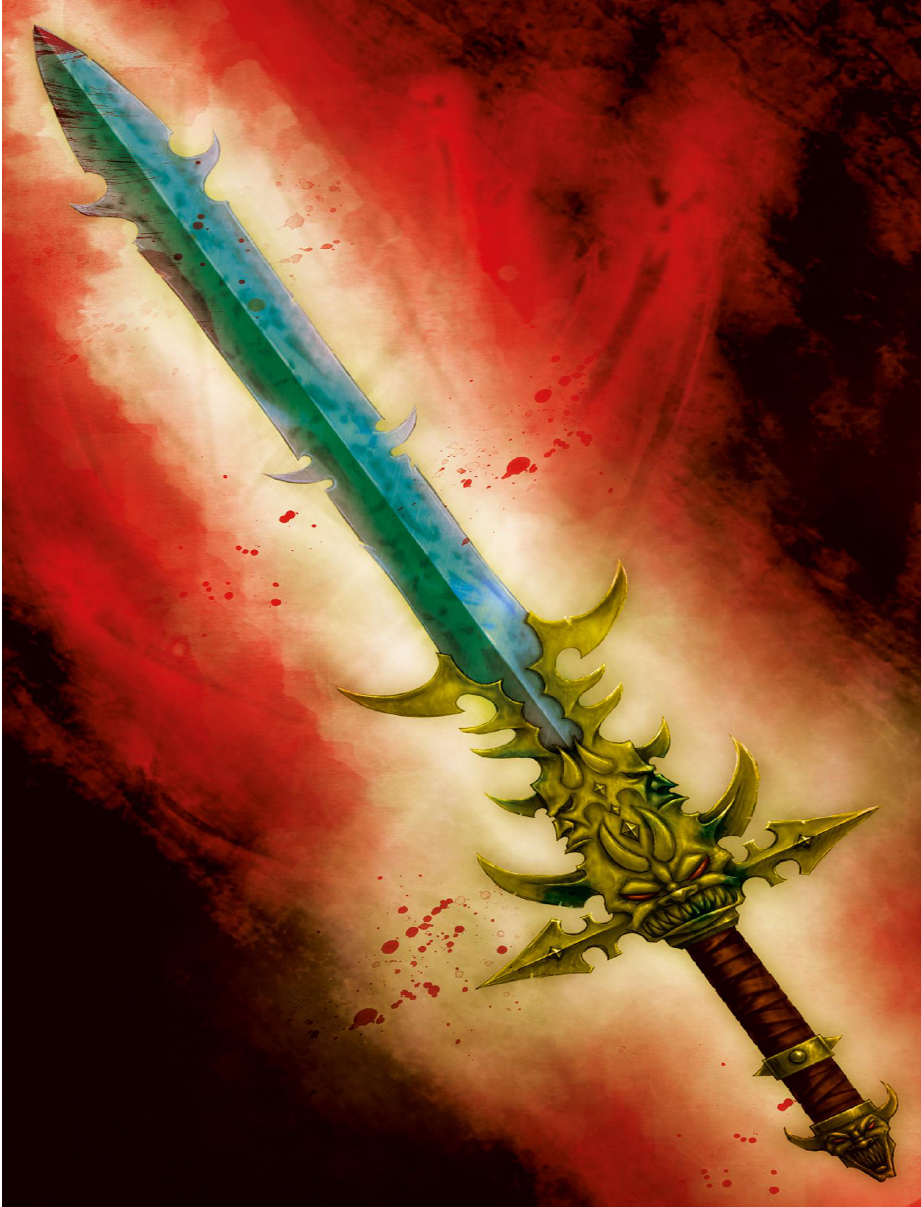 I really like magic that is very difficult to understand and utilize in its universe.

Stuff that can be used without tools or equipment, and only requires a mind. But it's hard to actually make something happen, so much so that actual magic is something of a rarity. Few people even understand it, so it gets this mystifying quality about it and gives someone with magical capabilities potentially great power.

It really goes a long way in a story, I think.
Rascally rambunctious reticent raccoon romping reservedly 'round the requited racket.

Jaredthefox92 said:
I feel like you'd be a chaos fan, that's their main gimmick:

Is that a book series??
Here's your pizza

Akindofsquid said:
Is that a book series??
Click to expand...

Yes, and a tabletop game, and a series of videogames, and a franchise. Warhammer is BIG.

Jaredthefox92 said:
Yes, and a tabletop game, and a series of videogames, and a franchise. Warhammer is BIG.
Click to expand...

Oh, Warhammer! I know about Warhammer lol, didn't realize that's what you were talking about. Always wanted to get into warhammer, never found the time.
Here's your pizza

She/He/They-- Whatever makes you comfortable!

Summoning, not just for war. We all need a hand (or a hundred) in our everyday lives. Need help with the groceries? Summon some servants to help.

Need an extra player for a game, call up an intelligent construct.

Summoning has so many more uses than just sending unending hordes against your foes
25 year old, indecisive wolftaur from Thistlewood

Akindofsquid said:
Oh, Warhammer! I know about Warhammer lol, didn't realize that's what you were talking about. Always wanted to get into warhammer, never found the time.
Click to expand...

There are games that are cheaper than the armies.

I like the magic the wizards in the Discworld use.
To cast a spell, you have to spend as much time learning it as you would spend time actually doing that action yourself. And once you use the spell, you forget it, and have to learn it again.
So it's absolutely useless and stupid, which I love xD
My gallery: Artwork Gallery for Nike_M_Aguaraguazu -- Fur Affinity [dot] net

Illusion spells are REALLY fun to use in TTRPGs. You are only limited by your imagination to get out of any situation, which I think is really cool. Amanda can do dark magic, but it depends on what you think is 'dark'. Wanda can do necromancy, but she's not evil.

Nike_M_Aguaraguazu said:
I like the magic the wizards in the Discworld use.
To cast a spell, you have to spend as much time learning it as you would spend time actually doing that action yourself. And once you use the spell, you forget it, and have to learn it again.
So it's absolutely useless and stupid, which I love xD
Click to expand...

The witches also don’t appear to have ‘Normal’ magic , but - some (like granny Weatherwax) are seemingly really powerful and just able to get out of the most sticky situation.

I enjoy situations where magic users aren’t too OP, sure they may have a lot of power, but for instance their magic can backfire and work against them (I think this would be like wild magic in D&D but I’ve not played so forgive me if I’m incorrect), or there is still some way that levels the playing field (like the half brick in a sock in TPS sourcery!) Even HP had some of this - with spells going awry, or causing issues.

When a story has a magic user who just seems to be able to face anything, and obliterate it with magic - it seems to get a bit tedious.

There are also stories where the person struggles internally with their power - and swing perhaps between good and evil, or just tilt on the edge of plummeting into insanity. You might get to a pout. Where you’re not sure if the person is actually doing magic at all, or just imagining it.
Dyth da, fatla genes? Ow hanow yw Ceriph,
Devedhys ov a Kernow. 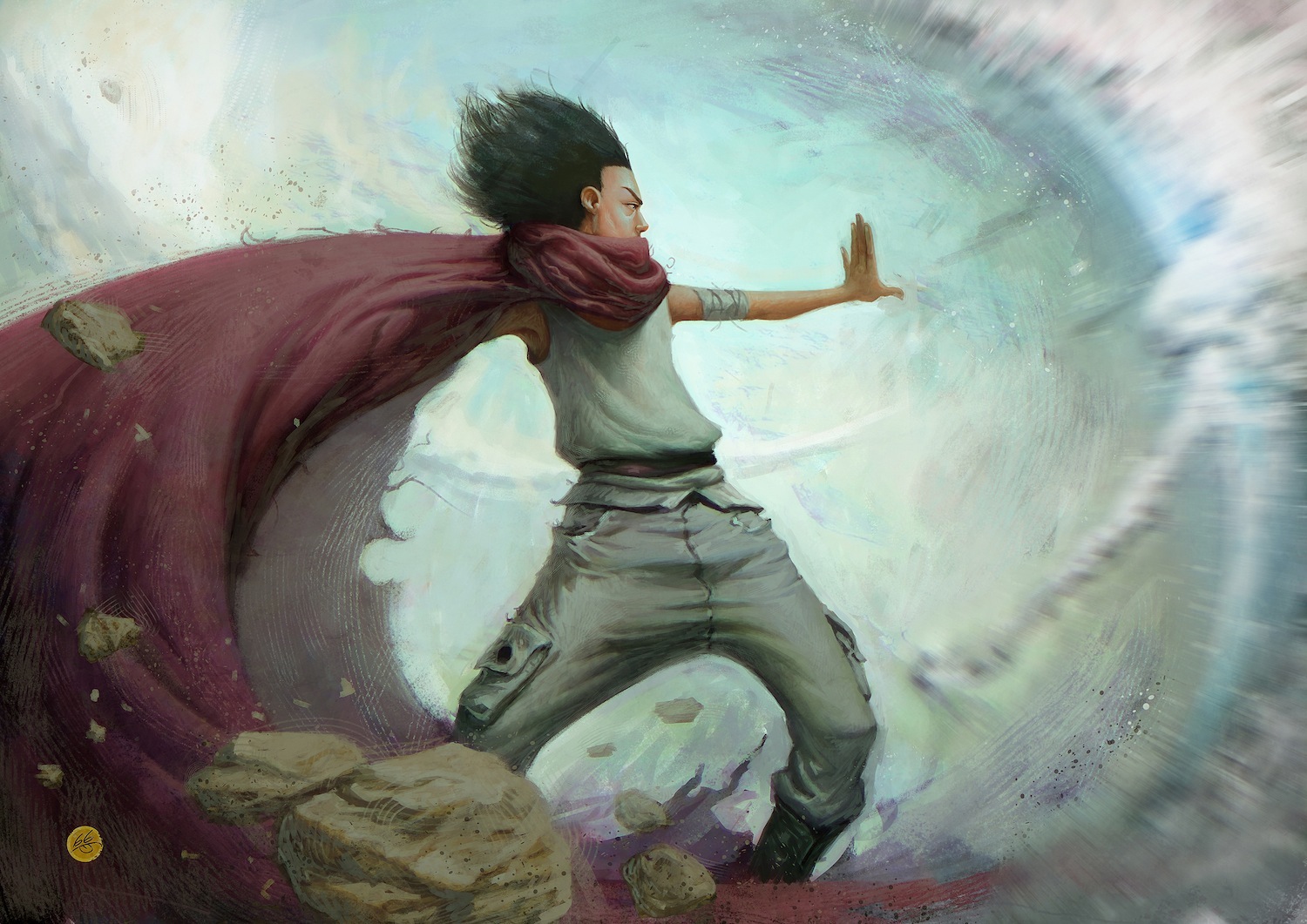 Reality is the lifeblood that makes a work pulse with energy. Reality itself is entertainment! - Rohan Kishibe
Click to expand...

In my lore psychic powers are NOT magic. Even though Amanda is both a naturally born psychic and a witch, it is not mystical and it's even scientific with brain waves and is to manipulate them in various ways (shields, fear inducement, moving matter), but it's not supernatural as far as unexplainable or non-researchable. Hell, in my story they have psychic sensitive power armor:

You have to learn magic separately, and you can do so without psychic powers. But, your bloodline can help you become more sensitive, but magic isn't just exclusive to just psychics. Grief is a natural born psychic, but he doesn't believe in magic and is an atheist:


His aunt was born a telekinetic, but she also knows of the rich family history of her bloodline that goes all the way back to her dead grandmother, Aurelia. Her nephew, however, doesn't believe in any of it: Chronomancy, arcane and teleportation. The building blocks of one of my favourite OCs.
<3 In memoriam. Frostheart. Gone, but never forgotten. <3

Well made, non mary sued and explained magic.
"I cast fireballs out of thin air and fuck you if you don't like it." Is simply bad.

Great examples of magic would be in Witcher and Conan for example.

That's why no matter on the type of magic, as long as it's written well. I will like it.
Where you are right now, once was a battlefield. Screams, explosions, gore and bromine. Know and respect your history unless you want it to happen again.