Marth,
Aka The Hero-King
Aka Marthy
Aka Mars (from the anime - even though it was awful)
Aka The greatest character in Smash Bros History Gladiolus Amicita from FFXV - absolutely no explanation is needed. Yoshi, specifically the light blue one Jin Kazama..Well, when he was in Tekken 5 because idk what the ever loving F is going on in the new games..
He had a great moveset, and I relate to him. He had a great mother, but an awful father, just like me. He's good, but has that bad devil side..

..I love games too much - but anyways, y'all tell me some of your favorite video game characters, I've searched and haven't seen a post like this on FA yet..
♀ Panther Hybrid (Melanistic "big cat" mix)
Shiny hunter, Apolitcal, Hetero-Demi, proud Red Bull addict / Avatar art created by PascalThePommie

Weeeell…
Soap from Call Of Duty: Modern Warfare 2&3
Absolutely amazing in the story of the game. 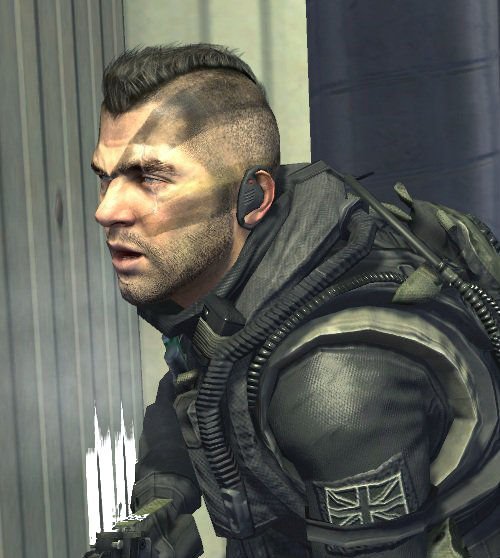 Makarov from CoD: Modern Warfare 2&3
My favourite bad boy from the series.

Lulu & Yuna from Final Fantasy X
Honestly I love all the characters from the game, but if I have to choose... 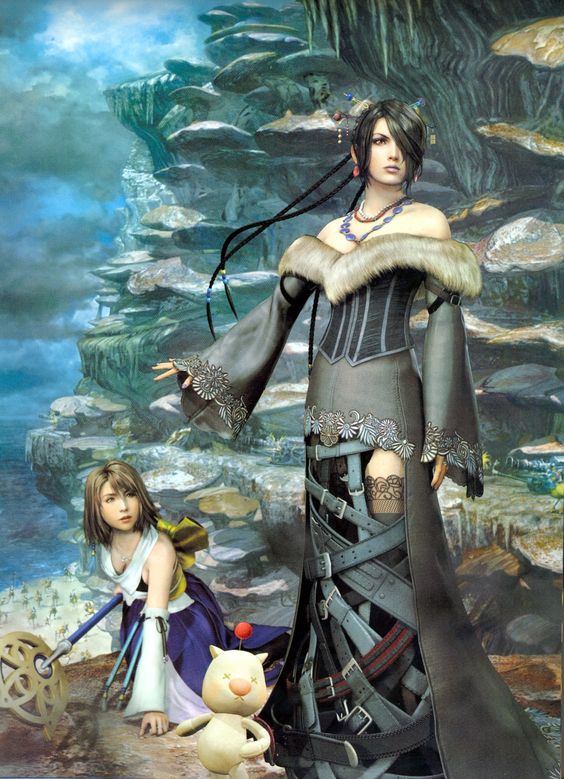 Rakan&Xayah from League of Legends…
Beside that I main rakan, they have both the best playstyle in the game in my opinion,and the lore is incredible 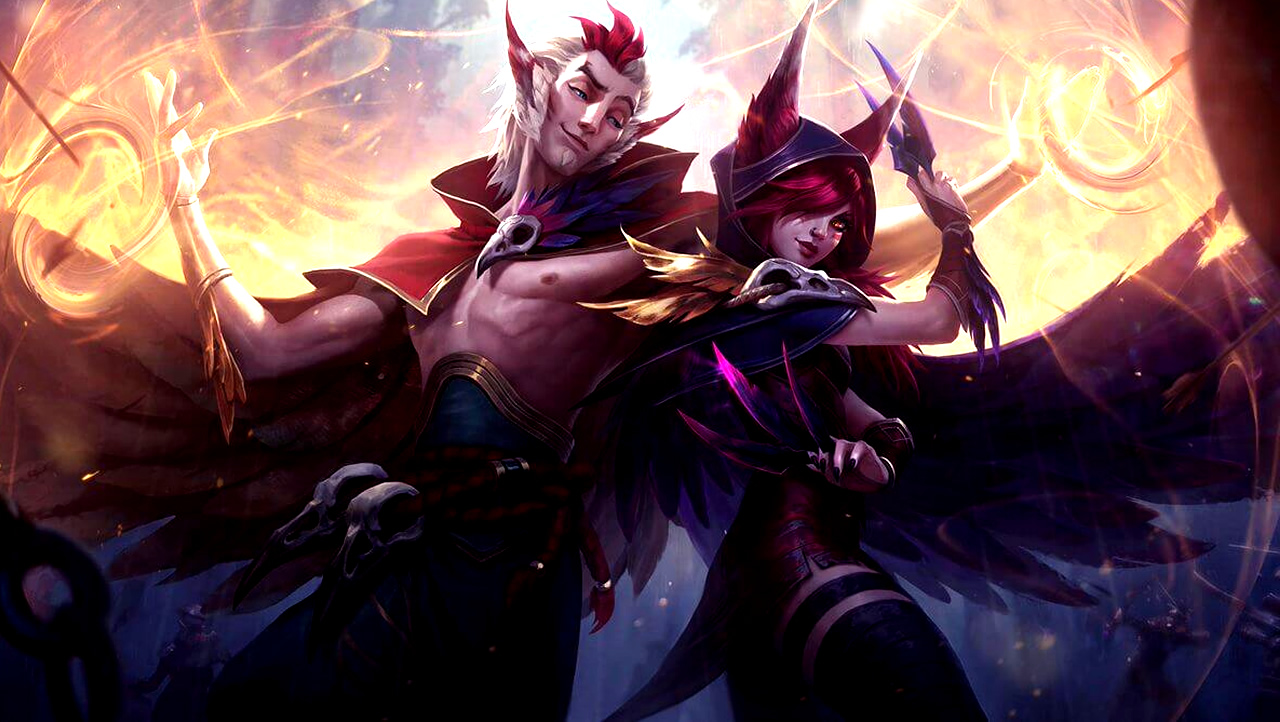 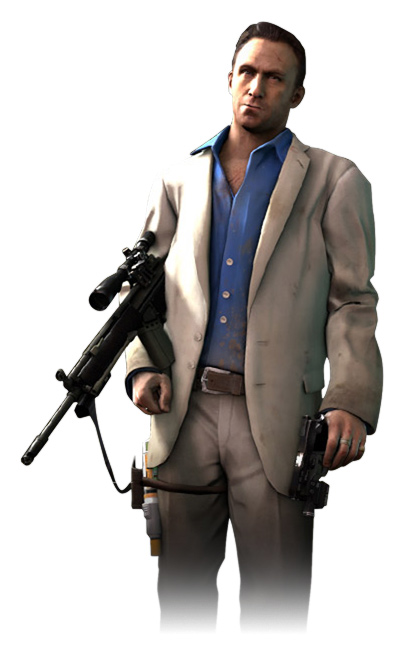 Nick from Left 4 Dead 2... He was my "boyfriend" for a couple of years. He is so sharp and witty and even his endless complaining is hilarious.

I liked Sam Fisher from the Splinter Cell series. Also, Miles from Sonic the Hedgehog... he cute
Sit, and let us discuss this issue over a glass of wine and a cheeto.

Emil from Nier and Nier: Automata
He had a long and hard life but he keeps on going just to protect the memories of his only two friends Joshua Graham, a man only keept alive by his vitriol and lust for revenge 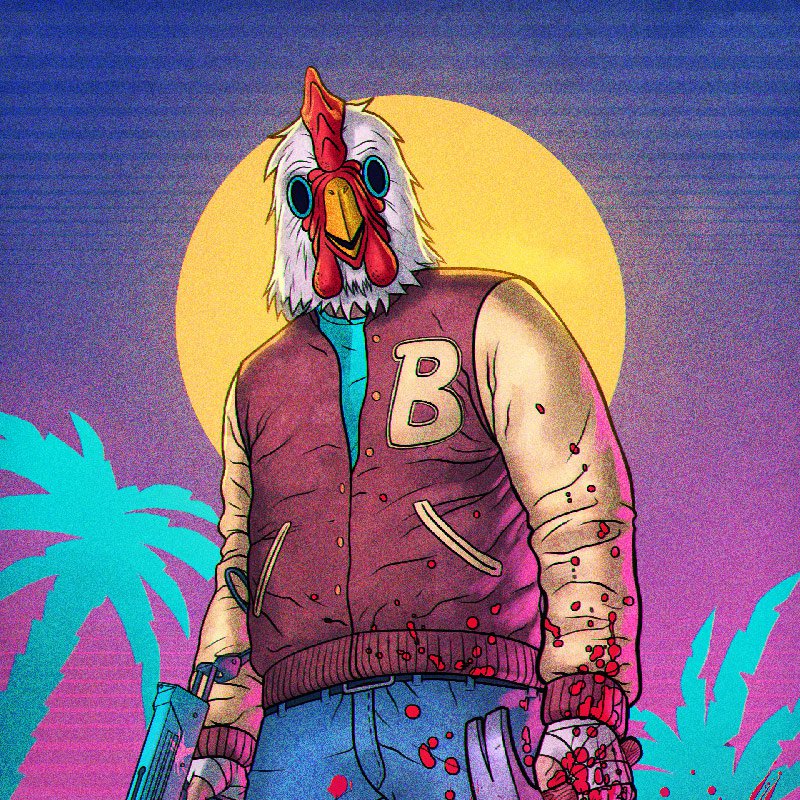 Jacket from hotline Maimi
if you can read this you don't need glasses.
D

Jack of Blades from Fable 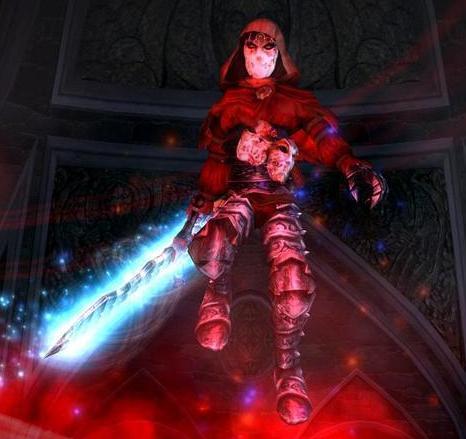 The Nameless Hero from Gothic 1 and 2 Ryu Hyabusa of Ninja Gaiden, because he also is a badass that eats gods for breakfast 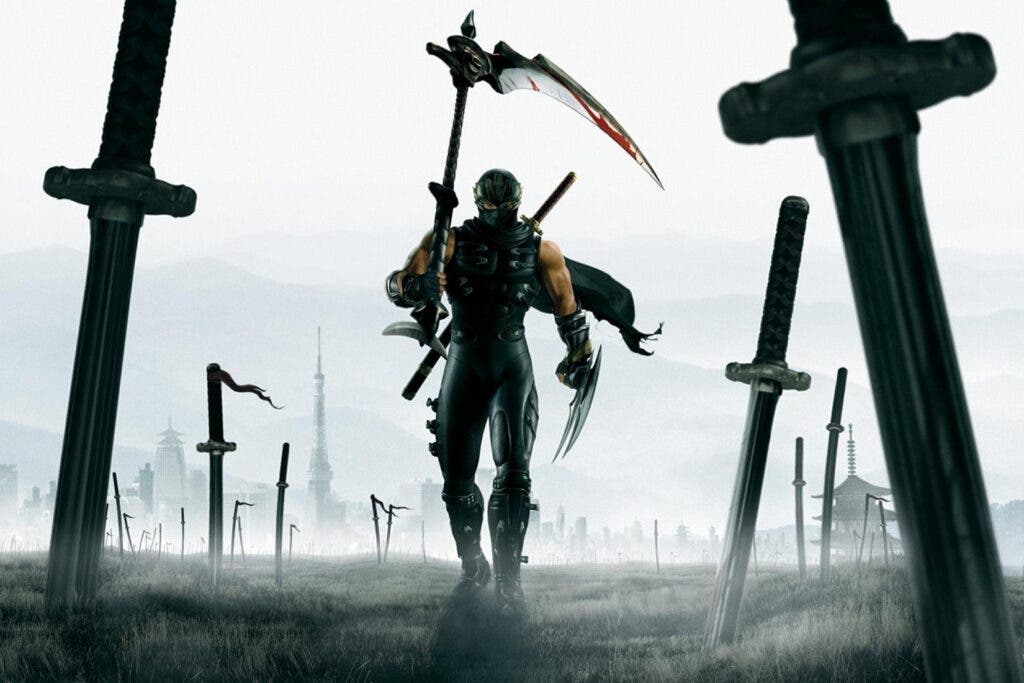 Bowser, because he tries so hard to be a good dad <: 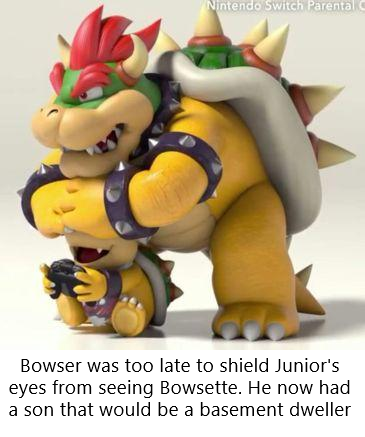 Every time a vampire says he doesn't believe in lycanthropes, a werewolf bursts into flames.
X

Alyx Vance, because she is the perfect woman... and her dad because he ships her with you (Gordon Freeman.) 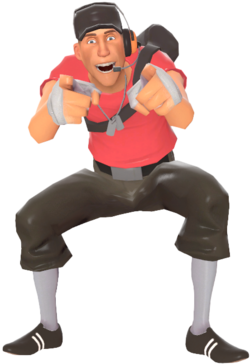 This little jerkass. He was my sexual awakening. That's all I have to say.

I'll give one of my favorites in the form of a riddle....

I have my own theme song, you only need know one word.
I'll never be a memory, and I have a black wing like a bird.
Bonus line:

(I have mother issues and most likely scarred your childhood)
Who am I?

-*Is filled with determination.
-"Have you no wolves? You need to spend more time being raised by wolves! Wolves are stronk." ~ WH40K: TTS
-"Because you didn't come here to make the choice. You've already made it. You're here to try to understand why you made it." ~ The Matrix
-"A knight is sworn to valor. His heart knows only virtue. His blade defends the helpless. His might upholds the weak. His word speaks only truth. His wrath undoes the wicked." ~ Dragonheart
-"They kept going because they were holding on to something…. That there’s some good in the world... and it’s worth fighting for." ~ LotR
-"Never give up. Never Surrender!" ~ Galaxy Quest
Links: FurAffinity | DeviantArt | Displate | NOW OFFERING COMMISSIONShttps://displate.com/rearmeddreamer?art=5bf827d4cf861

Time for a new comer (to me) Ike, one of my newest mains in Smash..
He's one of my favs because he's cool and tough looking..
and for other particular reasons

But in Smash, I be slugging them sucka's all across the board..
♀ Panther Hybrid (Melanistic "big cat" mix)
Shiny hunter, Apolitcal, Hetero-Demi, proud Red Bull addict / Avatar art created by PascalThePommie

Zer0 from Borderlands 2, always appearing out of the shadows to shoot and slice enemies 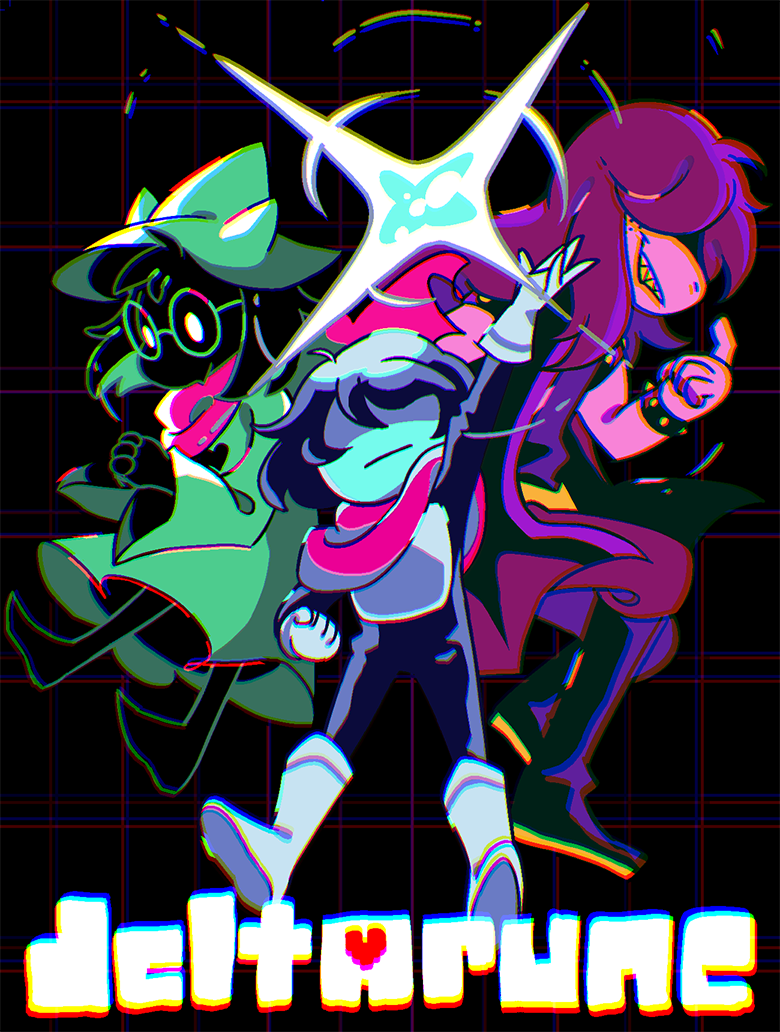 Take a long look at my avatar and take a guess.
...
......
Ness from EarthBound, Villager from SSB, and Mario from.... well, Mario.
Tendo | 20 | FTM (He / Him) | Cartoon Artist/Musician
I'm a cartoon enthusiast stuck in the 2000s that happens to really like talking animals.
RIP FAF
Avatar is by: ElCuco22 @ main site
My Fursona | Fur Affinity | Commissions | Toyhouse | Instagram | Twitter​
D 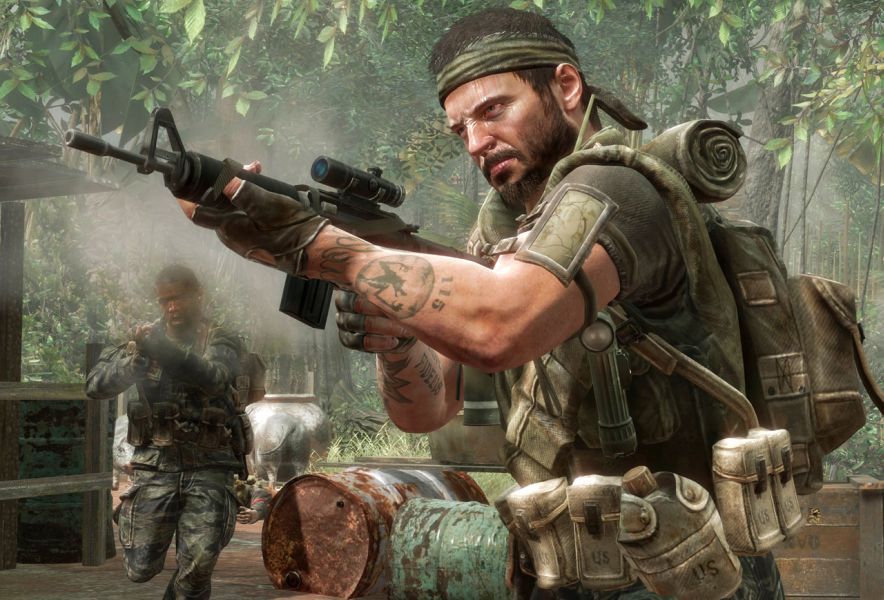 CrookedCroc said:
Joshua Graham, a man only keept alive by his vitriol and lust for revenge
View attachment 45579
Click to expand...

Joshua Graham and Nick Valentine are probably my 2 favorite characters of the Fallout series.

Pikachu is my favorite character be it in the cartoon version or be it in games. I love to play pokemon but I don't like to spend so much amount of money on them. My friend told me to buy them from sites where there are offers and deals available which actually saved my pocket. You can browse around this website if you are interested in deals like these so that you can play continuously.

Even during a Zombie apocalypse, this man is always finding ways to motivate you.
Coach from L4D2 has to be my favorite, and one of the people I'd gladly have be in my Zombie fighting team. 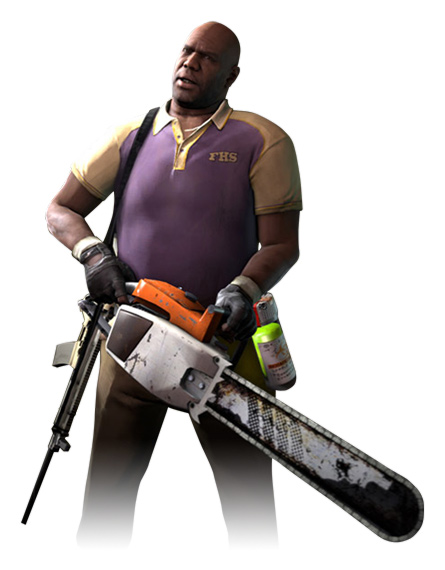 My favorite character from Don't Starve (till Wortox showed up.)
He was my longest main, him being dapper and even WAS the main villian in the solo, until Charlie took over.
Even a long term enemy of the main cast WHO by the way dragged most of them in there in the first place, has to survive with them agaisnt a bigger threat. 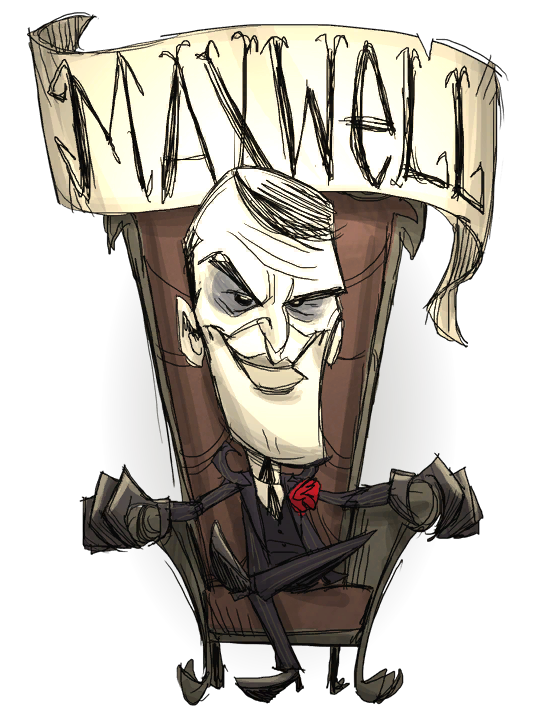 And of course, I can't forget Wortox.
Far left is his default, middle two are just non-lore skins and the far right is his 'origin' skin that was him BEFORE he got his demonic powers.
As you can see, he is best boy and my main favorite character till some new husbando shows up. 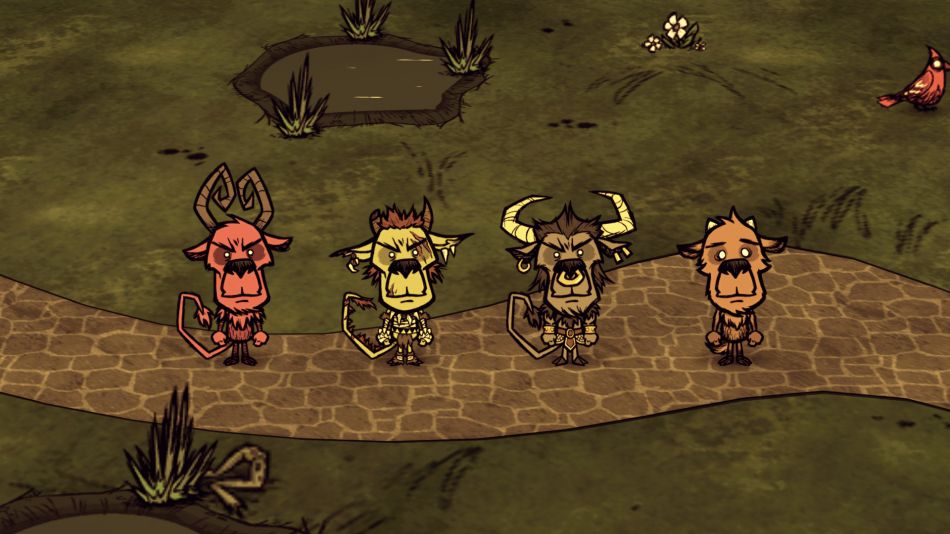 going back to the forest (they/them)

Shane McNair said:
No question, these two guys right here, as if I needed any more evidence of my furriness...

aw MAN SLY COOPER! I miss those games so much, I need them to do a remake like they've done with crash bandicoot and ratchet & clank
please just let me go back to the forest, i'm tired of being an person

Favourite video game characters:
From Vermintide 2: Sienna Fuegonasus ( crazy wizard which looks dope )
From Warframe: Clem (CLEM! CLEM!)
From Rainbow Six Siege: Dokkaebi (she hacker gurl)
From Smite: Neith (no words needed)
From WoW: Genn Greymann (both lorewise and visually (because he's lowkey a furry) )
From Guild Wars 2: Rytlock Brimstone (Reckless, powerful, devoted, and has a lot of fur on him)
Change your actions, not yourself.
Userpage of Katalistik -- Fur Affinity [dot] net

They see me rollin'