Fun Facts About Your Species

Self-explanatory: fun facts about your fursona's species! They can be cool, creepy, cute, gross... anything you find noteworthy or interesting enough to share. This includes original species! I'll go first:

Lace monitors are arboreal and the second largest monitor lizard species in Australia. However, they're also opportunistic feeders, and it's not beyond them to scavenge from trash bins. Imagine finding seven feet of carnivorous reptilian wrath digging through your garbage.
...
...O͓̽n͓̽e͓̽ ͓̽F͓̽o͓̽o͓̽t͓̽ ͓̽i͓̽n͓̽ ͓̽t͓̽h͓̽e͓̽ ͓̽G͓̽u͓̽t͓̽t͓̽e͓̽r͓̽,͓̽ ͓̽t͓̽h͓̽e͓̽ ͓̽O͓̽t͓̽h͓̽e͓̽r͓̽ ͓̽i͓̽n͓̽ ͓̽M͓̽y͓̽ ͓̽G͓̽r͓̽a͓̽v͓̽e͓̽...
...​

This is a fun idea! I was wondering if this existed somewhere or not

I guess I'll just say a couple...
1. Guinea pigs get so excited and playful and they lack ways to express this excitement/happiness (other than squeaking, of course), so they do a little thing called "popcorning" where they jump up in the air kick up their legs. It's surprising how long their legs are!

2. Guinea pigs don't have tails. Not very many mammal species lack tails (aside from humans). They don't have them because their home environment is usually flat (they used to live in plains just outside of wooded areas, or even in said wooded areas in the wild) and as such, they have no need for balance or gripping things.

3. Guinea pigs are strictly domesticated. No wild guinea pigs exist (although they do have some cousins that exist in the wild), and are pets or... food sources *sobs*.

4. Guinea pigs are lacking in the self-defense department. The only methods they have at escaping predators are freezing (yes, apparently that's a defense mechanism), "scattering" if they live in herds or just running if they live alone (they're surprisingly fast!), hiding, or trying to intimidate predators by chattering their teeth and raising their fur. I guess it's a good thing that they're strictly herbivores!

5. Male guinea pigs (called boars) are more solitary than their female (sow) counter-parts, who like to live in pairs or larger groups.

Phew... now to give my fingers a rest
Last edited: Mar 7, 2020
Why couldn't the guinea pig come up with a good signature?
...
He was too wheek-minded!
*cue stock laugh track*

bkk1 said:
This is a fun idea! I was wondering if this existed somewhere or not
Click to expand...

I didn’t see any other threads of the like, so I decided, why not make one?

Punk_M0nitor said:
I didn’t see any other threads of the like, so I decided, why not make one?

Nice to see some rodent sonas around ^^
Click to expand...

Nice to see some lizards, as well! When it comes to scalies, I usually just see dragons (nothing wrong with that, of course!).
Last edited: Jan 25, 2020
Why couldn't the guinea pig come up with a good signature?
...
He was too wheek-minded!
*cue stock laugh track*

Bobcats actually like water
Where you are right now, once was a battlefield. Screams, explosions, gore and bromine. Know and respect your history unless you want it to happen again.

Well, I do know one or two facts about bearded dragons!

Bearded dragons have an odd, discolored scale on the top of their heads that allows them to detect shadows and light. That way, they can anticipate their primary predators- birds! That’s pretty darn cool, in my books.

Also, bearded dragons are one of a few species of lizards that can’t drop, nor regrow their tails. If their tails are ever damaged, they won’t grow back. Tail rot is a common affliction for beardies, because of this.
If I'm not napping, I'm basking with frens. :3

Uuuuuhhhhh.... Manokits lack genitalia, the the only discernible features are featureless breasts for the females and larger muscle mass for males.

Manokits reproduce through magical means. By implanting their young into either a coconut, seashell or anything else that is suitable.

Manokit is a mix between Hawaiian and Japanese words. Mano is Hawaiian for shark while kit comes from the Japanese word kitsune meaning fox.

Despite being part shark, manokits can't swim (except mine cuz I wanted him to) not can they breathe underwater.

Manokits communicate through clicks and chirps.

Manokits are half blind and normally keep their eyes closed. (Except mine)

When horses gallop, there is a point where all 4 legs are off the ground.
Do not hate the man that chooses a different path. Hate the one that forces you to theirs.

The Angora is the ballerina of cats, having not only gracefulness but also strength.

Turkish Angoras can be a very attention demanding cat because of how active they are. You may need to train this cat a bit because, like dogs, Angoras can pick up bad habits that can be hard to shake.

The Angora likes to find high points in a house and perch.

Mosasaurus belongs in the order Squamata, which in plain terms, means that mosasaurs are related to lizards and snakes. (So no, they weren't dinosaurs)

The closest living relatives to mosasaurus are monitor lizards and snakes.

Mosasaurs also have an extra pair of teeth to better grip prey. 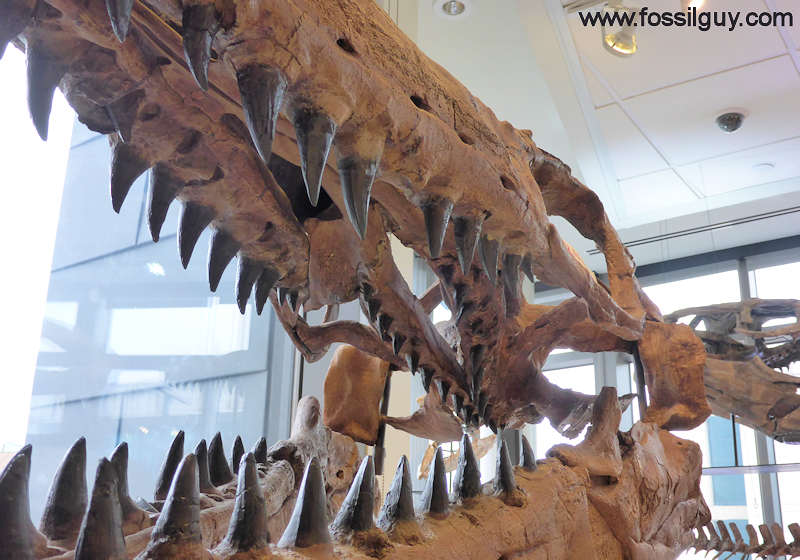 Reality is the lifeblood that makes a work pulse with energy. Reality itself is entertainment! - Rohan Kishibe
Click to expand...

Protogens are half robot half organic
D

Uhhhhh, kinda hard since they're not real.

Fun Fact 1: Not all Dragons are bad.

Limedragon27 said:
Uhhhhh, kinda hard since they're not real.

Fun Fact 1: Not all Dragons are bad.

The Terror of Godzilla in Fun-Size!

I can bite a broom handle in half!
The Bandit Night Burgles You!

Dunno what my fursona species is tbh
but 1, they grow two different types of fur; from the waist up is long and shaggy or fluffy and from the waist down is short, dense, and velvety

The Red-breasted merganser (Mergus serrator) is a sea duck with a narrow serrated bill.
Adults mostly eat fish, about 15-20 per day.
They currently hold the record of fastest duck, at 100 mph in straight and level flight.

Maned wolf urine has an exceptionally strong smell, earning them the nickname "skunk wolf." It is said to smell like cannabis. This smell once had the police show up at a zoo, thinking there were pot smokers.
= FA \\ Weasyl // Twitter =
A man is less likely to become great the more he is dominated by reason: Few can achieve greatness - and none in art - if they are not dominated by illusion.
| Alan Skye reference sheet |​
F

This one is a khajiit. Some would think we live in a jungle, but we come from a desert province called Elsweyr. Not much about my kind to say, every khajiit is do different... I guess I'll tell fun facts about me specifically. I've been invited to join the Dark Brotherhood, but my boat sunk off the coast of Khenarthi's Roost, and I haven't made it yet. I'm a vampire, I have spent a few thousand septims on my bounties from feeding. I might legally be in the Aldmeri Dominion, but I hang out in The Rift alot for some reason. I have robbed the bank in Riften... AND got away with it without getting caught. >^.^< that's all for now. May your road lead you to warm sands.

According to Inuit mythology, the Akhlut (orca wolf cross) was a ferocious and dangerous beast.

The Akhlut could make a full change from a wolf or dog, to an orca.

Seeing a wolf or dog near the ocean could be a "sighting" of an Akhlut coming from or going to the sea, from one form to another.

In the case of my own 'sona, she's a bit more toned down. She grew up wanting to be a pirate, but she's really too soft-hearted to actually be one.
Her kind, often called the Ahmoua-Wolves, are a nomadic race that migrate throughout the ocean, following their food sources. They have a strong social structure, pairs generally mate for life and, if one dies, the other may choose not to seek a new partner.
They are not openly hostile, they tend to just keep to themselves. Anyone who makes an alliance with the Ahmoua-Wolves will find a loyal friend, but once betrayed, trust is gone forever.
They do not view the ocean as something anyone can "own" and therefore cross territorial boundaries in their travels, which is not well received by many of the mer races. The Ahmoua-Wolves are not fond of the mer races, as many are known to lure and drown sailors.
Instead, Ahmoua-Wolves frequently come to the aid of shipwrecked sailors, pulling them to safety. They prefer to remain undetected and unseen by those they rescue. The Ahmoua do not like to be mistaken for mermaids, they are not fish. They are air breathing mammals.
Some bloodlines do possess the ability to "shift" from a mermaid-like form, to a creature with the body of a wolf, but the markings, dorsal fin and tail of an orca. Maelstrom is one of those.
Still Waters Run Deep

1) Black dragons are the vilest of the chromatic dragons (the evil group of dragons)
2) They enjoy suffering and ruination
3) They live in swampy/wetland areas
4) They Breathe out acid
5) They can breathe underwater
6) Black dragon is inspired by swamp/aquatic reptiles (Monitor Lizard, Alligator, Crocodile, Aquatic Snakes)
Komodo monitor lizard (Komodo Dragon) - Acid bite
Alligators/Crocodiles/Swamp Snakes - Elevated nose and eyes, long maw
7) Half Dragons are born from a non-dragon mother. Generally looking like their mother race till they hit the age of maturity. Chromatic Half-Dragons are natural-born wanderlusts as they never feel like they fit in as a human they grown up as, or their dragon parents due to cultural differences. Dragon-born is the opposite, they're from a dragon mother and tend to act and be raised and more like the dragon. This is not a common fact known by most so usually half-dragons of the chromatic variety are shunned from societies or frowned upon as they're expected to have their father's traits.

Pretty much my characters are a bit of the trope of the monster with a heart of gold. He was an orphan and raised under the elven goddess Hanalli. She's the goddess of beauty and love, one that sees past one looks for inner beauty (Sune the human god of beauty is outer beauty). While the church accepted him, he was born as a high-elf (the sun elves) which are the most conservative in the old ways even though their kingdoms have fallen, and tend to see themselves as superior and frown upon half-elves. They're the general standard "I'm better than you because I spent 100+ years mastering said skill".
Furaffinity account: Userpage of ThrarIxauth -- Fur Affinity [dot] net
B

Some people believe foxes are canine, when they are really vulpine

Wildebeest calves are able to stand only 6 minutes after birth
Twitter: @AQueenOfPromise
---
Now I rule the world
And the starry sky
Spreading above