Journey to the West

shadowverse flame looks promising. It is a higher budget card game anime, with digi-friends(?)
P.s. there was a shadowverse anime before, but it sucks.

♡ FREE Xmas / New year Raffle ♡
https://www.furaffinity.net/view/50283346/
Also, check out my game /TERRA VN !
More support is needed for this game to be successful.
Please kindly give it a shoutout, any little bits exposure will do this game a big favor.
Telegram / Picarto / Furaffinity / Artstation / Instagram / Term of Service​

The characters aren't anthro but Ginga: Nagareboshi Gin and Ginga Densetsu Weed are personal favorites of mine. They do get very violent though.
Petition To Give Forgotten Disney More Love
My Site

Does KO Beasts could? They aren't in their animal form all the time but they have one now and then.

kjmars63 said:
There is no such thing as a furry anime. They are two totally incompatable things.
Click to expand...

Excuse me, has anyone even seen/heard of beastars or bna?
“It’s Not about the money or the fact pleasure, it’s about the freedom. My goal in life is to live it by my own terms.”

May have been posted before, but there was this extremely late-80's anime called KO Beast about some anthro morphing people. It wasn't very good, I just remember it because when the main character TFs he gets the big paws. "Look at you. You're so superficial you probably judge others by their physical appearance."
My FA || Streaming

{Foxums Prippit} said:
I was wondering if anybody here could throw a few titles at me of any Furry-related-anime type stuff, as I haven't a bloody clue.

If you’re in the market for something dark, violent, and sexy, then I suggest beastars.
G

In Shadowverse Flame the identity of the person using the Furry Rabbit avatar has been revealed yesterday. I got pictures but I can't figure out how for some reason.

I can't seem to find the button that will allow me to post things from my computer anymore...

...? Are you kidding me? Fine.... I'm using Discord as a cheat, but I will take it down if I'm asked to. But I did save these screenshots.
Anyway, about Gentleman's identity, it turns that they sure do love using rabbit girl avatars in arcade games.

Up next is a couple of shots Gentleman's reaction after being caught.

I really hope that this isn't his last couple episodes, but if it is, I do prefer that he switch avatars instead of going out as their real self, though I bet that's what's going to happen. I mean the only resident "Fur" in the group is the red dragon guy, Dragnir and he has to hide the fact that he can talk outside of the main character's group.
Last edited: Aug 28, 2022
G

Here's a small group of pictures of card Furries that I wish were actual characters:

Once again, I'm cheating using Discord while I would prefer to upload using my own computer and will take these down if someone from Discord or here says:
"Hey, you're not supposed to do that."
"But I never saw a rule that says I'm not supposed to."
"Well... it's there now."
G

One new dragon anime that I want to promote that's now halfway through its season, 6 episodes in. It's Weak 5000 Year Old Vegan Dragon, I wanted to make a thread but I'm going to be quick here. This is one of the most hilarious Misunderstood OP stories I've ever read and I'm kind of surprised that there's even an anime, since it was technically cancelled and never really finished. They just finish the story after wrapping up an arc in a neat bow and ended in a "The Adventure Continues" format. It's also known as:

Other names being: A Gentle Dragon of 5000 Years Old, It Was Recognized as an Evil Dragon Without Any Cause., Shi Cao Lao Long Bei Guan Yi E Long Zhi Ming, 食草老龙被冠以恶龙之名 ; 齢5000年の草食ドラゴン、いわれなき邪竜認定

Anyway, this Vegan Dragon ended up meeting this crazy girl who wants to sacrifice herself to him, believing him to be the Demon Lord's Dragon when he's just a peaceful dragon. After failing to convince the girl to leave, he lied that he ate her soul, but just saying that somehow unlocks HER OP magical powers and since she believes her power is coming from him, he's forced to stick by her and somehow gets dragged into a plan that he's going to usurp the Demon Lord's throne.

If anyone had seen One Punch Man and knew about King, the totally normal guy who unintentionally took all of Saitama's credit and now practically EVERYONE overestimates him to be some super powerful man when he really isn't, well this anime is basically that in a nutshell, except he's stuck with a crazy powerful girl who BELIEVES her powers come from him. Anyway here are some pics of the anime to see what it looks like so far. By the way it's animated in Chinese, just like another certain anime about a dragon that's more like a normal human than a dragon and gets overestimated by everyone.

By the way, the only person who believes the truth about him gave him something to make himself small.

The show always starts like this, using a scene that will happen later in the show to break the Fourth Wall about people discovering this show's existence and the few fans it has.

His usual problem of people not understanding him.

Which doesn't help with the crazy girl, really wanting to act like a bad guy.

I don't know if this one has been talked about before, but there's this anime called "Polar Bear Café" where this panda bear appears AND I can't!!!! He's SO silly and
incredibly adorable!!!!!

I didn't quite check the whole topic, so this one probably has already been posted, but Onmyou Taisenki (AniDB and MyAnimeList) presents some really awesome furry characters (and fandom favourite Kogenta) <3 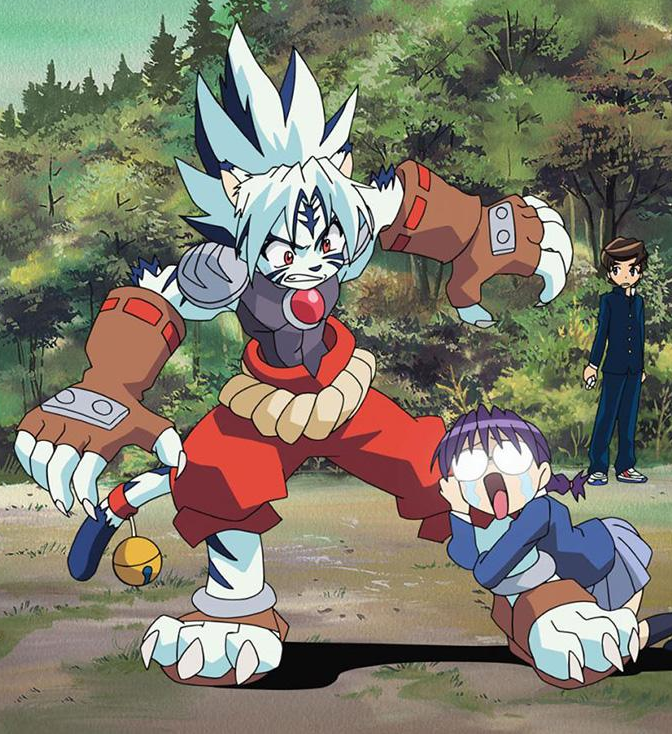 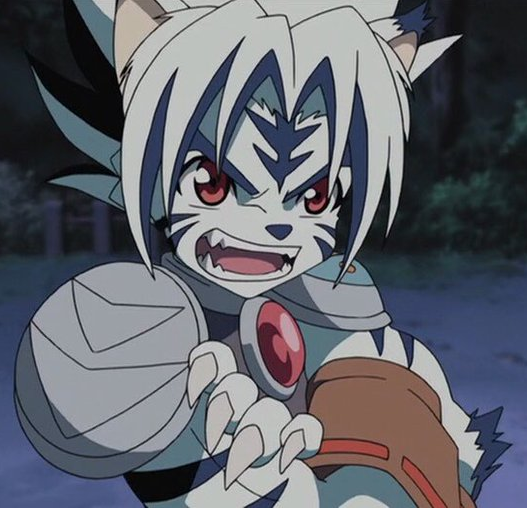 Satsuki15 said:
Excuse me, has anyone even seen/heard of beastars or bna?
Click to expand...

In kjmars's defense, that post was from 2008 hahaha XD
But yeah, there were already a handful of animes with furry characters by then.

Koush said:
I didn't quite check the whole topic, so this one probably has already been posted, but Onmyou Taisenki (AniDB and MyAnimeList) presents some really awesome furry characters (and fandom favourite Kogenta) <3

In kjmars's defense, that post was from 2008 hahaha XD
But yeah, there were already a handful of animes with furry characters by then.
Click to expand...

Beastars... all I can think is beastars when it comes to anime

There's an anime called Odd Taxi, it has anthropomorphic animals in it

Here's a trailer for an upcoming anime that has cooking AND a big cute wolf with good taste!

Dragon Doodler with a Tail Snake

redhusky said:
Here's a trailer for an upcoming anime that has cooking AND a big cute wolf with good taste!

Loved the manga. The slime is the best character. Probably will have a spin off anime based off the slime manga part.

There's this show called Jingai-san no Yome with a, uh, questionable plot about some dude who gets married to this... bear? Creature? 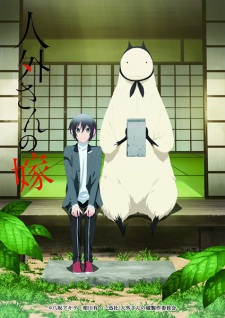 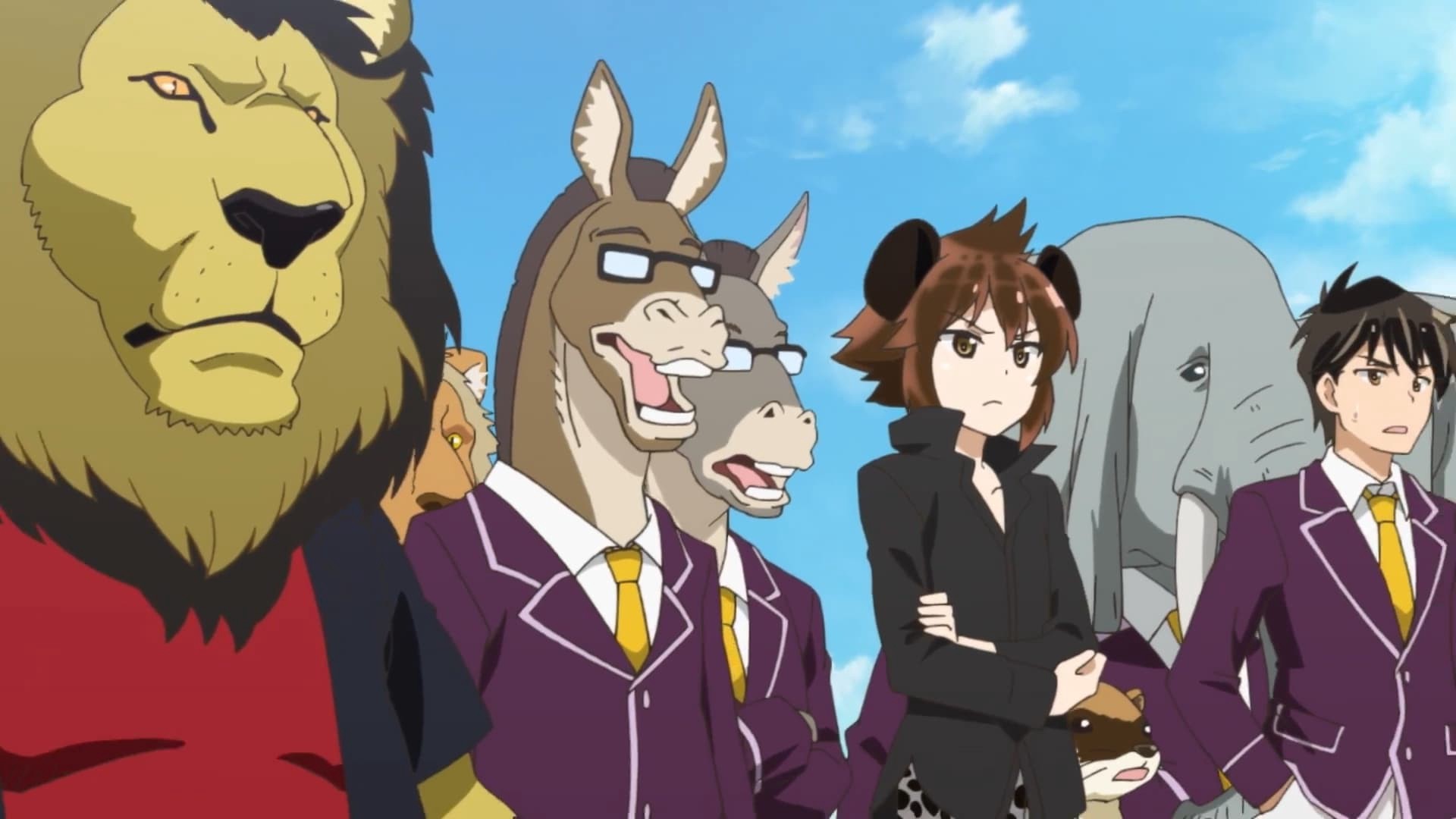 Look at my paws, Officer. They are tied and bound twice.
Tied and bound twice with thorns redder than glory.
I am insane and I eat bees for a living.
Servyl
https://furaffinity.net/user/servyl
She/They | Self-taught Artist | Mad Scientist Floof
https://flic.kr/p/2o4SZnu ​

I didn't like the guy in this one. He was too mean spirited and spoiled the fun plus I'm not a fan of the "girls with ears" thing.
Buy my game MUNCH!
TheFlyingNest - itch.io