Blitz Brigade. It was a mobile FPS game that obviously took more than a bit of its inspiration from Team Fortress 2. It had terrible online services that barely worked and were excruciatingly uninformative and impossible to navigate, and the developers seemed unable to stop adding new pay-to-win weapons into the game, which ruined things a bit.
But ohhhhhh myyyy Goddddd was it fun. I cannot describe with words how much fun I had playing that game. It was like tf2, but with more characters, vehicles, much bigger and less restrictive maps, and an overall significantly more pleasing aesthetic that just about made me cream my pants every time I opened the app. For some reason it just doesn't work for me anymore. No matter which device I use, it just endlessly says "logging on" and never progresses past that loading screen.
I would, and I mean this to the most extreme and literal extent, slaughter a man in cold blood to have Blitz Brigade remade for PC.

MadKiyo said:
BattleZone 2. A strategic FPS crossed with RTS, absolute perfection. I would love to see it given a sequel or remade as it's been nearly 18 years since the last real BattleZone game. It suffers the same fate as Half-Life.
Click to expand...

battlezone 98 got remade (although it's really just texture enhancements) for GOG, but that's about it sadly.

Personally I really want a HD remake of Shenmue 1&2.

I backed the crowdfunding campaign, but I've actually only finished the 1st one; I really want another crack at Shenmue II. I hope Sega arrange a re-release before III or I'll have to hunt out an Xbox/Dreamcast.

I would kill for the first Suikoden to be remade. In the US.
Looking for really cute artwork for reasonable prices?
Then please come visit my shop!
Even simple bumps are helpful and appreciated!
(Temporarily closed)

I know it’s been remastered a bazillion times but I would love to see a full on remake of Resident Evil 4 with a new graphics engine and everything. And hey we might still get the RE2 remake since RE7 was such a success!

Not exactly a remake or remaster, but it would be pretty nice to get Tales of Vesperia's full PS3 version dubbed and in the US. I know that they said they probably won't do it, but I'm pretty sure people like full versions of games better than not-the-full versions.

Resident Evil 2 Remake for sure.

I just recently completed it and 3, completing my run of 1-7 that i started when 7 came out. my husbcorg couldn't be more proud of me, the big RE nerd he is. now i'm sucked into it.
Last edited: Mar 4, 2018
FurAffinity / Twitter / Tumblr

I loved this game growing up, (yeah I know I'm really dating myself... lmao)

I loved this game growing up, (yeah I know I'm really dating myself... lmao)
Click to expand...

Yeah, I'm the same way. I heard there was some legal kerfuffle about Stardock's reboot VS Toys For Bob's actual sequel.

The games I'd love to see remastered more than anything else are the old Star Wars flight sims, especially TIE Fighter.
Userpage of FreeTraderBeowulf -- Fur Affinity [dot] net

Kinda obscure, but I'd love to see Shining Force 2 get a remake. The remake of the first Shining Force was pretty good, so I wouldn't mind seeing another remake.

I think it’d be cool if one of the pokemon ranger sidegames had a remake! I think it would look rly good in the new 3D graphics. Also it’d be cool for pokemon colosseum to get a remake, it was a rly fun game but not a lot of people know about it hahah.
I’d also think it’d be cool for more classic fire emblem remakes, cause those games are old and kinda hard to find to play. They did a remake of the second game in the franchise and it was really good, it’d be cool if they did that with other games.
FA: https://www.furaffinity.net/user/undercover-flx/
DA: https://undercover-flx.deviantart.com/

I loved this game growing up, (yeah I know I'm really dating myself... lmao)
Click to expand...

HAHA Star control. I was Captain Crunch of the SS Cerealis when I attempted to beat that monster of a game. Talk about overwhelming. It's on mobile eh?
Sheep in wolf's clothing.

Goldenqilin said:
Kinda obscure, but I'd love to see Shining Force 2 get a remake. The remake of the first Shining Force was pretty good, so I wouldn't mind seeing another remake.
Click to expand...

Dongding said:
HAHA Star control. I was Captain Crunch of the SS Cerealis when I attempted to beat that monster of a game. Talk about overwhelming. It's on mobile eh?
Click to expand...

In love with cheese

I don't know why but i'm saying Corpse Party even though it already has several games but i just enjoy it so much
Okay so, why are you reading this?
pay attention to my post, idiot.

I’d really like to see a ground up remaster of prince of Persia sands of time. I really like the well done desert locations in games. Probably the reason I liked journey so much

Okay, so we have Wolfenstein, Doom, and Shadow Warrior, all remade, all exceptional. I'd ask for a Duke Nukem 3D remake, but there's one game I believe is more deserving of a chance in the current generation.

Where the hell is Blood?

Donkey Kong 64, all other popular 64 games have been remade and I really think It would be a awesome experience to play in HD

Bloody roar from the PS1, it literally just dawned upon me just now, that my FAVOURITE childhood game of over 20+ years ago is a furry game and it was my first unintentional exposure to furry characters in such deliberate detail....wow. So many combos and so many interesting characters, i'd love for this game to get remastered or even at the very least rebooted on the PSN store,god I miss it. 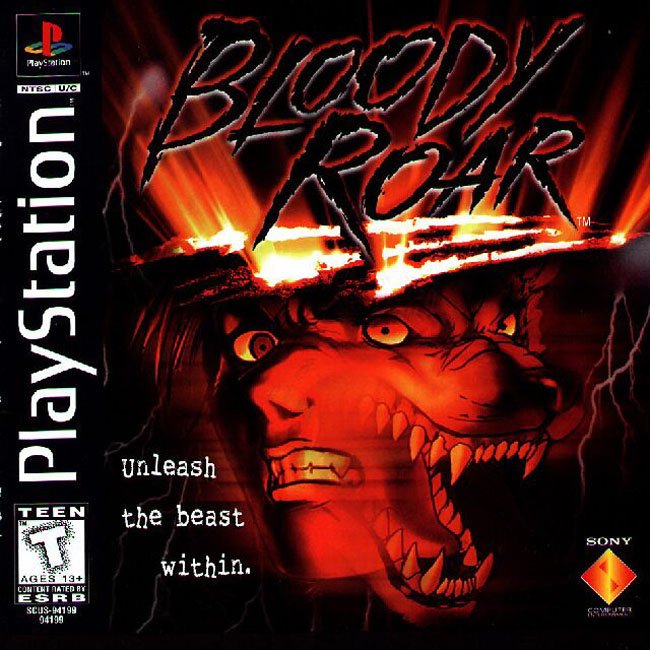 Heavy Gear 2, Silent Bomber, and like others have already said World in Conflict.

Welp, Spyro original trilogy is official now -- the trailer's up for both PS4 and XB1 (hopefully Switch too, but no such news).