Help me get jumpstarted!

It's been a long time since I last did illustration work, please give me requests so I can create some new work and flesh out a more current style. I sometimes work digitally and sometimes work with traditional media. I love bringing other people's ideas to life so feel free to dump a lot of ref/text/direction for me to follow.

This is Dream... I would love to see her as like a pinup girl... I think she would be super cute as one... feel free to change up her outfit if the corset and shorts don't work for you :3

This is Brailey. If ya wanna draw her, feel free to however ya feel. if you'd like to try her, I've got a weightlifting goat that could use some love
Willow (warning: there is some nudity lower on the page)

such a cute style !! my character is Anise, her ref is nsfw but you can put her in a black tank top and black shorts if you're uncomfortable with nsfw !
www.furaffinity.net: Anise Ref by hexdust

Could you draw an Female fox with Black hair , white fur (with grey highlights) , a white supreme sweatshirt and ripped black jeans and a lil curvy? x3 (sowwi nu furart example cuz i dont own any furart yet x3)

Please think about drawing my fursona? He is a domestic short hair cat. You can design whatever you want for him to wear, just nothing revealing or too flashy.

Wow, your art style is fantastic!
If you can ever make room for him, would you be alright with drawing http://sta.sh/22075yvc6knk ?
I understand if you can't!
However, I'd also be able to offer art in return for this, and can give examples if you like.
Thank you!

No picture yet, but I got this detailed description:

• Silver Tabby Maine Coon Cat
- Fur is like: http://www.mcbfa.org/colorblacksilv.....ickedtabby.jpg (In length)
- Markings/Pelt are like: http://i1278.photobucket.com/albums.....psd8774226.jpg (This little kitty :3)
- Tail is very long, very fluffy
- Eyes are very Vibrant Red like: https://s-media-cache-ak0.pinimg.co.....86e1a88d97.jpg (Of course he a male kitty. No Pretty Eye makeup xD)
- Was thinking that a thick, dark, stripe goes down his spinal; continuing down his tail. Which you can kinda see in the marking example picture
- White Whiskers
- Could give him dark stripes over his eyes that resemble eye brows haha
- He has messy human head hair like: http://i1003.photobucket.com/albums.....Picture249.jpg (in a sense. Whatever looks good, as long as it messy xD I was thinking something two-toned, with Dark grey being the dominant color, and a hint of the silver of his pelt mixed in)
- Nose like my kitty bits: http://orig07.deviantart.net/6ef0/f.....te-d4tmzpo.jpg

• Wears Black Japanese Samurai style pants like: https://s-media-cache-ak0.pinimg.co.....e41ec627f2.jpg
- Rarely wears a shirt, so he'd be shirtless.
- His fists, upper arms, lower-ankle leg would be bound in a white, thick, cloth material. Sadly the only image I could find to show this idea off is from Naruto :x: 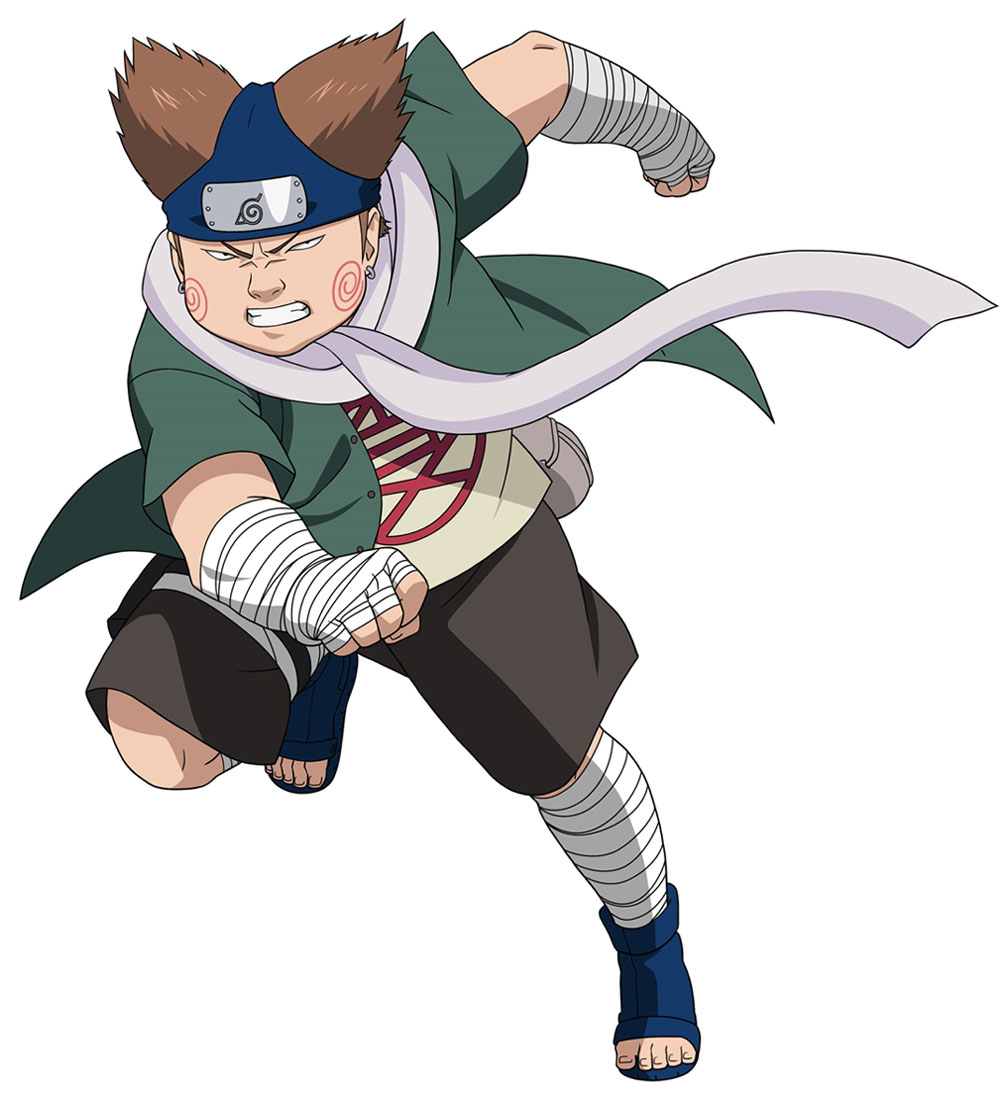 - Doesn't wear shoes
- Has a pad under the wrapping on his palm so that when he closes his hands into fists, his claws don't dig into him. Especially if he punches things

• Natural Smart-ass
• Laid Back, and doesn’t take anything serious
• Likes frequent naps
• Naturally a Loner, but not because he dislikes anyone. Just isn’t prone to socializing without a reason
• Rarely gets angry, but would rather act on his anger than try to belittle someone with words
• Doesn’t like awkward situations. Will most likely try and avoid such situations.
• Won’t look you in the eye unless there is some kind of mutual respect.
• Very timid, awkward and laughs a lot if he is around someone he doesn’t know but thinks they are really cool, or may even have somewhat of an attraction to them.
• Will have Sex, but he won’t seek it out, nor does he care much for it. Mostly Asexual.
• Doesn’t do well in relationships that last more than a year. Tends to feel he’s been in one spot for too long and starts finding the responsibility of keeping another happy as a bore. Feels bad for this commitment issue, so feels he isn’t cut out for any kind of serious relationship.
• Likes to mess with people he thinks deserves being picked on. Cause they are either an ass, or they complain too much.
•Tends to get close to one person at a time. Will do anything for said person.
• Favorite foods are a nice juicy steak or freshly baked, juicy, turkey. Only fish he likes, for a cat, is Salmon
• Has issues keeping his thoughts straight, so he does have the tendency to talk to himself when he is alone. Not the, “Hey self, how are you?!”, but rather if he has a problem he is trying to sort out, he’ll talk his ideas out loud. Sometimes he finds speaking out his problems helps him come to terms with any kind of emotional depression issues he may have. Since he isn’t close to more than one person, he finds it hard to console in anyone else but himself.
• Thinks art is fascinating, but is too lazy to draw. Used to draw a lot when he was younger, but is too sporadic with his focus to stay in one place for too long in order to take the needed time to draw something decent.
• Will talk too if spoken too and will be friendly until you give him a reason not to be.
• Used to wish he was a wolf, like his adopted family, but after meeting other canine species, he found them to be rather annoying and changed his mind.
• Doesn’t like to be touched. Will likely bite, scratch, hiss, or, if he is in a good mood, tell you not to do so. Unless, of course, you happen to be that one person he resides his trust in, than you may pet his head. But that’s it! Touch his tail and you DIE!
• Doesn’t like to touch others, either, so don’t expect him to be very cuddly. This poses a problem when he is in a relationship cause the other tends to want to be rightfully cuddly. He’ll put up with it, at first, but it will eventually become too much for him to handle.
• Likes to travel and will use his fighting skills to help people out, but a lot of times he expects a reward for his righteous acts. Just for the sake of buying food and odd things here and there that he may come to like.

If you're willing you can do my albino deer seraph character King Odin.

Your art is very nice,clean looking and has a lot of emotion.
If you're still open for this and have the room I'd appreciate it if you drew Corinthe.
He doesn't have any art yet besides his adoptable picture.
Thank you.

www.furaffinity.net: Corinthe by the_morning_star
[..The Bird of Hermes is my name
eating my wings to make me tame..] ​

I'd appreciate it.
"Have you ever wanted to click X on a bastard?" ~ Dril

Uh, hi, if it wouldn't be too much trouble, could you please draw my fursona; a bipedal (but not human shape, if you know what I mean) Vaporeon - he's extremely nerdy and wears thick-rimmed glasses from the 70s.
Looks something like this maybe:

Only if it's not too much trouble, I wouldn't want to bother you or anything

I absolutely love your style! I know you've gotten a lot of requests already but if you've got time/space for one more I'd love if you could give my fursona a shot =). I've got a feral picture of her, and a partially completed anthro reference (done except for spots and head hair) that you can look at. She's a bit shy, kinda nerdy (loves pokemon - eevee in particular), and is a child at heart. Her hair (not pictured in the reference) would be wavy, mid-back length, and the same dark blue as her spots. For clothes, something casual/nerdy would be great =).

If you choose to do her, I can't wait to see what you come up with. The two pictures I linked are all the art I have for her so far and they're just me coloring free lineart. Thank you in advance!
Last edited: Jul 12, 2016
L

Pink is my name, neon is my game.

I love youre art! could you do cyborg version of this gal? www.furaffinity.net: Chiara The Do-Do by Oerpink
here is another reference if needed(it was made quickly, I need to remake one):
www.furaffinity.net: Chiara The Do-Do Reference Sheet by Oerpink
(Edit: also feel free to add clothes on her. the only requirement for her clothes is short shorts. Otherwise you can design her clothes however)
http://dragcave.net/view/4EqOC
M

If you could draw a dark blue deer with a yellow stripe on each arm and leg that would be great. If you're still open of course!

Could you do my sona? If your still open, that is.
ref sheet: www.furaffinity.net: Fursona Ref by nessfur951
Y

Yoyoyoie that's a lot of requests. Your art is really nice!!! o/!!!

Wow, that pin-up is stunning!

I'd love one if you aren't too swamped?
www.furaffinity.net: The First Mate by KateTheMarten
He should look grumpy/surly if possible.

Also, if you do more than a bust, he is a standard black-backed jackal so these are the correct colors and markings: 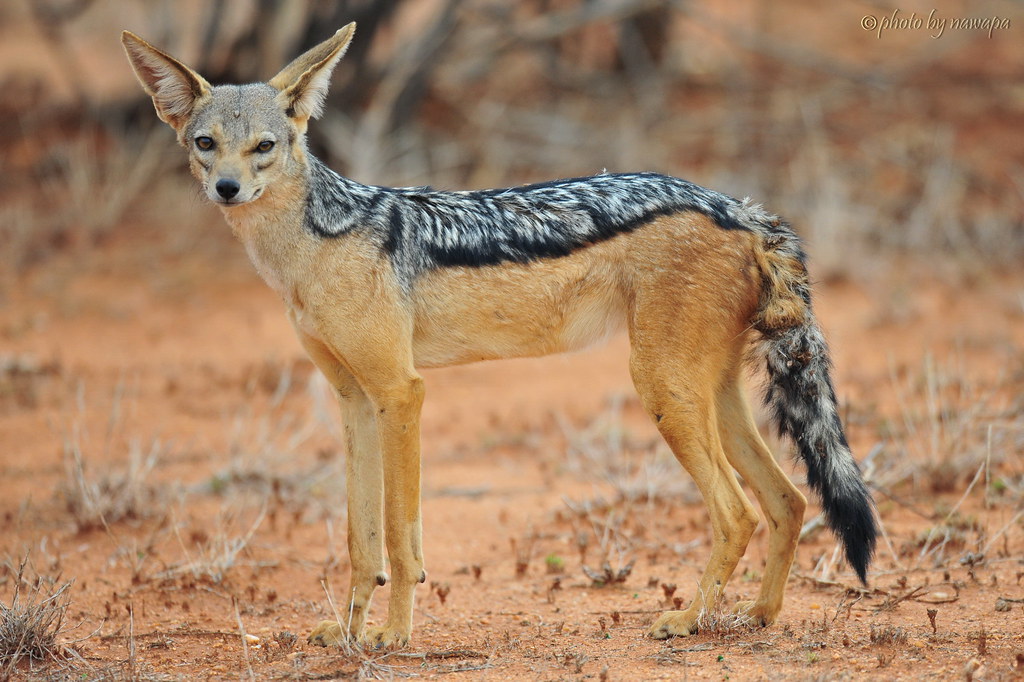