Hiring: Hiring Looking for a writer for a long term NSFW project.

Project:
We are looking for a writer to help on a long term and large adult rpg game similar to CoC/TiTs but with 2d visual elements and larger focus on characters. The project itself is past the pre-production phase with extensive amounts of documentation on the design, story, and companions and is progressing quickly towards a pre-alpha launch, what we are calling the game's first vertical slice. Production is built around "chapters", a chapter is large but focused segment of the game/story in order to keep the scope focused on small bits of the game as to avoid adding new areas/characters with no content.

Story summary:
After waking from a centuries long slumber a young prince/princess, the heir to the most powerful kingdom of the known world, finds their home and dynasty on the verge of collapse. They embark on a quest to restore their lands back to their former glory and beyond, and to find out what really happened. But little do they know an ancient evil has resurfaced, slowly building its strength.

Developer:
Me (artist), 2 programmers, a second artist. Both of the team's programmers have rather extensive experience in game/app development.

Looking for:
A writer who can also proofread.

Employment Type:
The project is currently still in rather early production so we currently have no patreon, however once we release our first version and set one up you will receive a percentage.

Work commitment:
The project is quite large so long term commitment is a absolute must.

Job Description:
We are looking for a writer, although all current team members have experience writing we have more experience in other fields. For example I am a far better 2D artist than writer. You would have the primary task of writing the large bulk of the dialogue and event scenes, but with the occasional help from the rest of us. Additionally because the rest of us will also be writing for the game, your secondary task would be to read through what we have written ourselves and proofread it as well as make sure the styling of the writing matches the rest of the game. We will also need someone who is ok with writing straight and gay for both male and females.

Additional comments:
So while this doesn't directly effect you job as a writer the rough concept of the gameplay of the game has the player travel from point to point on a map all the while encountering random events that can either give the player loot and resources to upgrade their equipment, companions, etc, or combat encounters. Combat itself gives players control of moveable sprites on a predesigned combat map and has the player and enemies go back and forth in turn based combat not completely different from a Wasteland 3 or Divinity Original Sin 2. Character sprites are 2D. While this all might seem rather advanced much of this is already made and is primarily just waiting on art assets. We mostly just need to add strategies to our AI to make them more challenging.

In terms of content both sexual or otherwise, while there is a larger focus on furry content we are not exclusively a furry game. We have many human characters as well as multiple purely human companions, additionally we have humans with minor animal traits (Nekos and the like). We are also allowing the player to pick the role they wish to play in sexual encounters, having both submissive and dominate routes for the player which is not exclusive to one player gender (which as the story summary eluded to, can be either male, female, or both). Although there is going to be a large amount of content around random NPC's the player can meet and befriend much of our focus is on a set of already designed companions, all of whom were designed with their character first and fetishes second as to make them more engaging and interesting. These companions are also a large source of the events the player will encounter while exploring, giving them interactions with one another as well as fleshing out their backstory and character.

Moddability is also a very important in our game as the game is being made from the ground up in unity, which already allows for quite a bit of out of the box moddability but we have also developed a sort of built in plugin call "Moontale" that allows a person to seamlessly take files made in the Twine engine and import them into our game to add quests and locations almost trivially, allowing people to add new content to the game every easily.

There is also a large focus on both customizability and transformation in the game. The game will feature 2 modes, 1 where the player will gain 'essence' from various races they encounter through events which will forcibly alter the player's race, appearance, and stats. The second mode has the player store the essence they gain and use it to personally alter their character how they want. In both modes there will be potions and NPC's that will allow the player even more control over their look, allowing them to alter their hairstyle, skin color, even body and facial features. All of which will be displayed to the player visually as large full body images. Below is a example showing off how one can customize their appearance as a kobold, all the different pieces that change in each image are separate to the image and be changed individually allowing for mix and matching (Sorry for the lack of transparency): 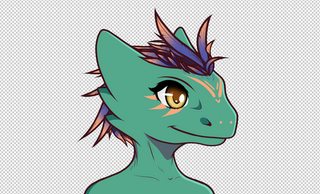 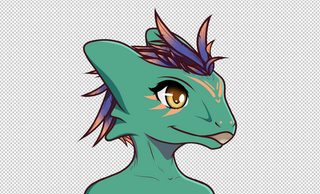 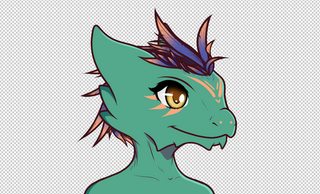 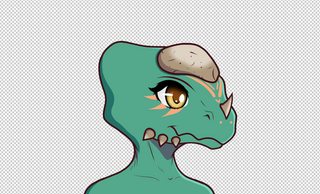 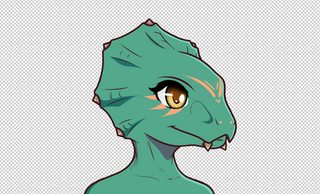 Additionally here is a example showing how hair styles can also be mixed and matched: 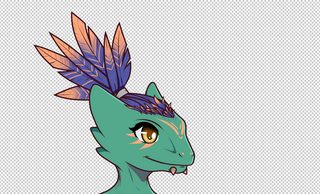 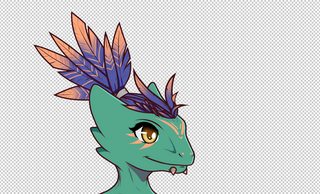 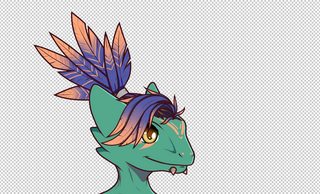 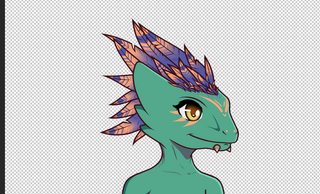 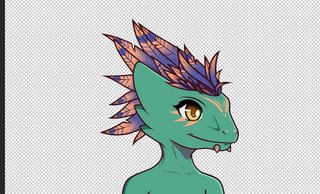 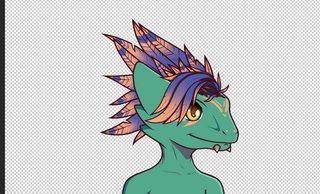 Some examples of a couple of finished characters, a kobold and a goblin: 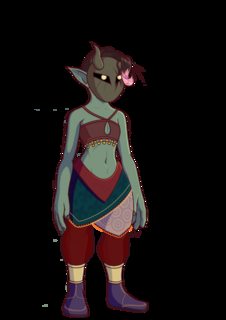 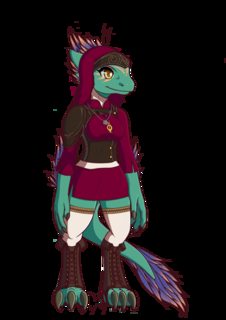 Availability is extremely important, our team is focused in EST, GMT-0, and GMT+2. We have tri-weekly voice calls to discuss the game and show off progress, these meeting take place on Wednesday, Saturday, and Sunday at around 2-3pm EST and we will typically stay in these calls up to about 7pm EST. Although there is some flexibility in the times for these meetings we would prefer if your schedule would align with our own.

awesome work, guys!) I can't be a writer - the language barrier won't allow.) but sincerely I do you good luck with your project!
Artist at Sfw/Nsfw
Feral, Anthro | Canine, feline, dragons, Other

Darknessis said:
awesome work, guys!) I can't be a writer - the language barrier won't allow.) but sincerely I do you good luck with your project!
Click to expand...