How did you come up with your furry name?

Well here's something you didn't know. My fursona shadow's real name is Sora Jaeger. This translates to sky hunter, it suits him perfectly to his personality.
Bowser? He looks like a cheap movie monster- solid Snake
Who are you calling pinhead?- Pinhead Larry

PHP:
Rekel, also my username, is simply "fox" in Dutch. Generic, but I picked it because it sounded cooler than other languages. Plus, "Renard" is already a well-known fur, so that name was out of the question.

Heh. Now that I think about it, it's kinda like having a kid and naming it "Human." :v
Avatar by: Lexii-Kat​
Profile picture by: JustineFox

My real name is chris, Kit was a shorter nickname that stuck while I was younger, my great grandfather was also called Kit & I've always liked the name. So, yeh, kinda refers to my care-free, playful side (before bills took over *sigh* the joys of growing up)
Our ice cream man was found lying on the floor of his van covered with hundreds and thousands. Police say that he topped himself.
- Tommy Cooper

my username now makes no sense

my fursona used to be a dragon, and dragons like to hoard treasure like gold and diamonds, so jewel seemed like a fitting name. then i changed her to a bat, but kept the name.
i do art commissions! check out my thread here (warning nsfw)​

I'm an antique bottle collector. When I was looking for a name, I figured I might as well look through my collection and find a suitable name from there. I ended up going with Skoda, taken from a sarsaparilla based 1890's era quack med by the name of Skoda's Discovery. 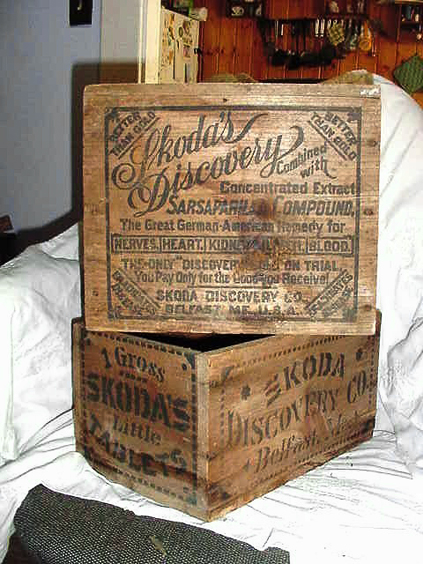 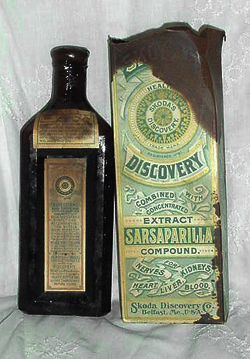 My username for my furry art on DA had 'candid' in it so I just went with the closest thing to that..Candice lol.
Before that it was Marisma which was the name of a nonfurry FC of mine who turned into a tiger so when I made a tiger sona..seemed fine enough to use the name for her. Due to the characters origins, I had gone with Ariola but because it sounded too much like areola, I changed it to a different spanish name XD

I like space.
Sometimes Galaxy is taken, so I switch around the letters or make it "Sir Galaxy"
[SIGPIC][/SIGPIC]
Hey, so add my Skype!
MachineDriven​

Ohboy, this is gonna be a doozy, I had to stop and think for this xD

But my first actual fursona was named after my nickname "Shana", her name was Shanchii. [Skipping the other 10+ I've had xD]
I could not get over how silly that sounded and went on a "finding myself" thing with my fursonas. I kept trying to name them something pertaining to me or something close as possible to my name. It wasn't really working for me. Currently, I just settled on two of my favorite names "Rei" and "Yuki". I couldn't really decide between the two so I just combined them into Reiyuki. Her full name being Reiyuki Layvne (Lay-vin-nay).

Names Jeremy McNab. I created this Character a long time ago; almost sixteen years ago in a story i wrote. well i liked the name so he kept showing up in each story some where so when i decided to join the community after being a fan for about twelve years i chose it as my own since his Personality has evolved into my own.
F

My sona's name is Lyra, I'm happy it's a very uncommon name.
My friend and I actually came up with it while desperately typing random letters together to create a name,
like something like this: Arina, Vampira, Xainia, just fitting random letters together.
After a VERY VERY long time, I had gotten quite desperate to find a name for her, she has been un-named for like a month.
She typed out Lira And I immediately liked it, I wanted it to be sharp though and I thought replacing the i with a y would make an awesome name. It suits her perfectly! Plus we found out it's a constellation :0 as well as it means "like a song." or something like that,which I thought sounded pretty. I don't recommend this method though xD
I actually browsed this thread months ago when I wanted to come up with a name.

Oh, like you'd really want to know that.
Life is for the living. Live it.​

Purry rhymes with Furry.
I draw stuff too (warning: some NSFW; please search for me on the SFW side of FA if you are a minor): http://www.furaffinity.net/user/purryfurry/
F

Grew up in the tropics and spent time in jaguar habitat. Always liked cheetahs, I have freckles. Furspot. Logical furry name.
G

I'm not even sure myself. I was just thinking what I was gonna call this character of mine I thought of that was sorta like me (and also eventually became my fursona). I just randomly thought of the name Granus, and there you go. It came from there. I didn't really give it much thought, but I like it, so yeah. Sticking with it.

At the beginning, I was a pig in persona terms, and it was a good shorthand for a name, being the suffix of the genetic pig family (suidaen)
Even when I moved towards different species during a hard time in my life, Suid still rang with me. Hell, I'm considering establishing that as a nickname when i get a job.
"That strikingly represents Raven."

I'm half Scottish, so my IRL name is Scottish. While I wanted to keep my IRL name a secret to stay safe, I decided to take my middle name, Silas, and make it my fursona's first name. I am also a metalhead, and my fursona is the frontman and guitarist for a thrash band. I made his last name something that sounded somewhat metal, McSlayer. You can't go wrong with a reference to the most metal of them all, right? So yeah, Silas McSlayer. Sounds Scottish.
We build and build, we forget the model
We design the madness and we paint it gold

I think everyone knows it but: 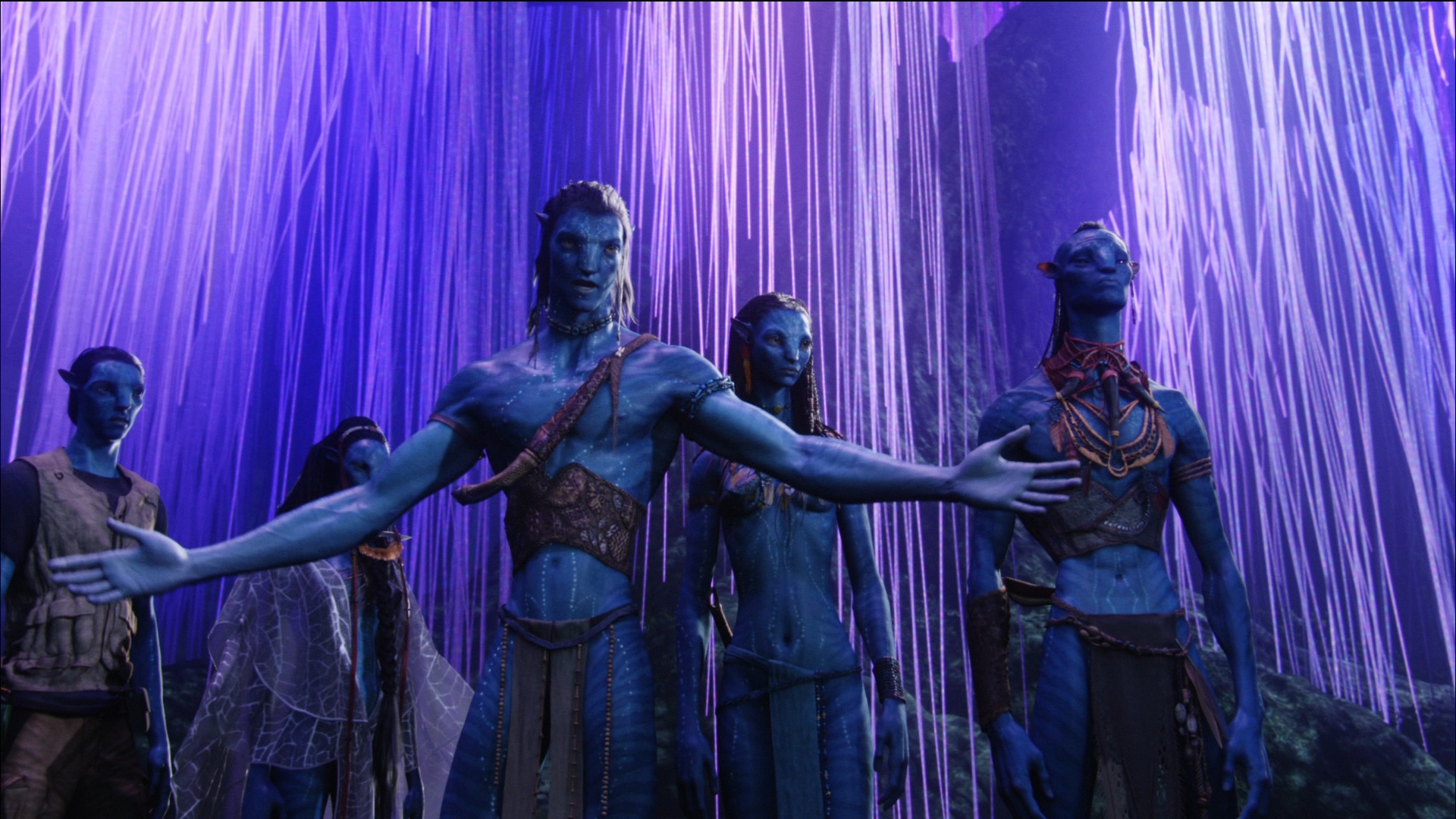 But I can be called Joshi or Joschka too :3
Rest in peace Red. We miss you.

Am I the only one who's noticed these necros are all by the same guy?

Anyway if you mean my fursona name I always used it for characters I created.
Faf name well I consider myself pretty unstable mentally sometimes ( no actual mental disorders just ...unpredictable sometimes) and my fursona species is a tundra wolf. Oh the 55 because I'm used to websites where numbers are usually needed on the end...I need to figure out how to change that...
Danke WolfNightV4X1 for the avatar!

Interestingly enough, my fursona's name predates my knowing about the furry fandom at all, and it wasn't until early this decade that I bothered to name him at all. In origin, it's a portmanteau of The Strangerhood (the Rooster Teeth machinima that I was a fan of at the time) and my high school mascot. I think what that name means to me has changed over time

Skoda;5092706 said:
They make SFW furry comics? Must be some new "In"-thing I'm completely unaware of.
Click to expand...

crazytundrawolf55 said:
Am I the only one who's noticed these necros are all by the same guy?
Click to expand...

I wouldn't know about that but what I do know is there's a much more recently started thread on the EXACT same subject: https://forums.furaffinity.net/threads/1228570-What-s-the-story-behind-your-fursona-s-name

I'm not sure why he bothered necroing this thread since the one I linked is still pretty active, I get the impression that resurrecting old threads is frowned upon on here so it would be better to check for a thread with more recent activity before fishing out one that's a couple of years old! Just saying
"Everybody's always in favor of saving Hitler's brain. But when you put it in the body of a great white shark - uuuh, suddenly you've gone too far."â€‹

TheDukeofRawesome said:
So long as you are not a treacherous barber bent on the destruction of a certain scientist's perfect hair I think you'll be fine in these forums.
Click to expand...

What's wrong with reviving an old thread? Seems like people get more pissed when you start an new thread of one that's already been created.

Anyhoo. My fursona name actually came from my cat. When I was younger I had a cat named Chester. Three years ago I acquired a kitten from my sister and wanted to give him the same name as my childhood cat but decided upon Jester. A Jester was pretty much an entertainer or "clown" in medevil times as most people know. My cat entertains me everyday and I would like to do the same when I get my fursuit.

Good Question, I'm also a Sci-Fi Fan, and with the recent death of Lenord Nemoy I decided to use Vulcan names that reflected my personality.

Well Kimjoy is a cheat for the game Digimon Rumble Arena on the original Playstation but I wouldn't say it's my "Furry Name" it's just an awesome username. I do have a furry character that is pretty much a fursona when I think of it and her name is Kori. I wanted a short, simple and uncommon name for my character and it was perfect

My fursona's name is Ivan Dzersky.
I wanted a Slavic name that sounded cool to me, (as Ivan is Russian and he was in the Serbian army in the late 90s) so I got my name from lots of thinking
My fursona:
https://forums.furaffinity.net/threads/1346356-Ivan-Dzersky-the-fox-of-Kosovo