How do people make music (for free/cheap?)

I wish to make music but don't know where to start, any advice or program recommendations?

I pick up an instrument and play it.
I could also sing, but that doesn't always work so well.

Fruity loops was the thing for this once upon a time. Not sure if it's still relevant but you can at least buy the cheaper option to get started/see if you like the idea of making music.
FREE Toyhouse Codes

Borophagus Monoclinous said:
I pick up an instrument and play it.
I could also sing, but that doesn't always work so well.
Click to expand...

This, but I can also sing.
My advice to the OP is to not necessarily think about software, and to consider taking up a portable and relatively easy instrument you like. There's something to be said about the tactile element of the real thing.
The needs of the many outweigh the needs of the few, or the one.

I started making music on Dance eJay 3 in about '03. Oh good lord, I thought that was the best thing ever back then XD

I moved on to Reason and have stayed with it since 2010. You can download a 'trial' version of Reason 11 and get used to the design and interface. Highly recommend
My Fur Affinity page: https://www.furaffinity.net/user/dropout/

https://forums.furaffinity.net/threads/the-free-or-cheap-plugins-virtual-instruments-thread.132587/page-2#post-5913640
I list a few goodies in here. Among the free options there's LMMS, which I never tried but looks similar enough to FL Studio

Also I use LANDR to distribute my music to platforms like Spotify, Deezer and iTunes. You may go for an annual plan of $89 with everything included from single to album distribution and 100% of the royalties, or pay $9 per published single and $25 per album while they collect 15% from your royalties. Just make sure you're uploading original tunes and keep the licenses of any loops and softwares you may have used, as they might ask for them at some point

There's also Bandcamp if you'd like to keep a page for all your music, for free
Current skin toxicity level: Hallucinogenic

If you're looking for something cheap, and really just want to get started on something, you could go for Magix Music Maker on Steam.
[edit] and apparently it's free now!

I personally dislike this program... but it makes music, and might be what you need to get started. Better than Audacity for a beginner composer. 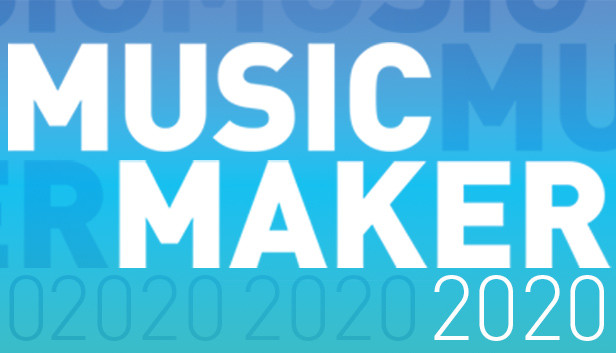 I currently use MuseScore to compose my stuff, but that's only good if you can read sheet music. Also, in terms of soundfonts, it's pretty limited (so I use coolsoft's virtualmidisynth to convert midis of different instruments into different soundfonts and audacity to put it all together)
Tendo | 19 | FTM (He / Him) | Cartoon Artist/Musician
I'm a cartoon enthusiast stuck in the 2000s that happens to really like talking animals,
as well as have a deep love for Mario and Animal Crossing games. I don't really post here anymore but I return from time to time.
Current avatar is by: ElCuco22 @ main site
My Fursona | Fur Affinity | Commissions | Toyhouse | Instagram | Twitter​

As someone who does a lot of really nerdy, experimental stuff with mostly cheap-ass materials and often barely-even-counts-as-instrument things tops, there's a whole bunch of stuff that can be done with stuff that costs not-too-much, or that you might have on-hand, especially if you're willing to follow a more punk-esque philosophy of, "if it works, it works, just put all ya' energy into it and sell it with how ya' work it."

For the most part, I'd say it matters on what you want to do with your music.

For instance, if you have a DAW (digital audio workstation/music editing software,) it can be really easy to make super-duper simple music such as minimal techno, sample-based hip-hop (though that might cause legal issues if the sample-owners catch ya' sellin' stuff [unless ya' are experienced enough to hide it well muahahahahha,]) and so on, especially if ya' don't want something super melodic or music theory intensive, since stuff like that can often still work really well with really simple, short loops.

However, in general, if ya' want something that is a bit more traditionally melodic, it is probably a good idea to at least look into some super-baseline level music theory stuff on youtube like how chord progressions work and stuff. If ya' want to use a physical instrument, this goes similarly, but in addition to at least screwing around and practicing a tad, especially if you want to do something like doing vocals and strumming chords at the same time in a way that isn't ultra-sloppy (though a hint of looseness/sloppiness can work in a stylistic manner if ya' sell it well, like in actual punk/post-punk, blues-rooted stuff, etc.)


If you don't have a physical instrument, and that's what you'd prefer, my personal way of getting stuff w'out breaking the bank (might not be optimal for everyone) is getting stuff offa' Craigslist that don't cost nothin' (maybe around $300 or less.) That way, you might stumble upon everything from a fine old gem to something that's cheap-but-works-aite', and if it crumbles, ya' didn't need to pay diddly squat for it.

Just make sure to take covid and otherwise precautions if ya' wanna try that route, obviously.


Borophagus Metropolis said:
"...I could also sing, but that doesn't always work so well."
Click to expand...

If anyone really is needing to have lyrics to accompany musical stuff, but don't find that they got a good singing voice, I advise trying trying to almost sing like you're talking, but at least somewhat in the groove of what you're putting vocals to - almost like a semi-melodic rap, - and not trying to force ya' voice into a higher or lower register than feels natural.

When trying to use vocals to go with more electronic stuff, mixing and blending the live vocals with the more rigid electronics is probably much more important than actually being able to do traditionally super-melodic vocals.


Yazoht said:
"...Better than Audacity for a beginner composer."
Click to expand...

As someone who has used Audacity as my main DAW the whole time I've been doing music, if you're talking about electronic-based music styles, this as absolutely true, especially since there's no built-in quantization thing or non-brute-force way to assemble melodies and rhythms of your own to my knowledge.

However, if working with more tactile instruments, and not worrying about quantization and stuff, it works well enough for recording stuff real easily, maybe overdubbing some stuff, etc. It's definitely not designed as something to be used as almost an instrument init of itself like Fruityloops or Garage Band might be, though.

Again, as much as I keep saying that, "ya' just gotta' put confidence into it/"sell" it well," that's more about being confident with what ya' got, but if you get legitimate advice from other folks, just make sure to not be ignant about it, and take lil' tips into consideration and so on, and it'll help ya' grow in most cases.

Anyways, I'ma stop rn before I keep on ramblin' on. 'Hope this helps, though this ain't barely scratching the surface of music stuff, obviously.

I use BandLab! It’s really easy to get the hang of and it’s totally free!

I haven't make anything since 2015 but I used Soundengine (Now defunct), Cakewalk, Audacity and various soundeffect websites.

I got Cakewalk on Steam when it was on sale for 10 smackers. It did go free for awhile in early 2020s.

I forgot what else I used, but I blended most of them together to make some garbage lol.

Oh, what others suggested too... I recommend starting out on instruments. Instruments that you can plug into your computer for editing would be most beneficial.

I have no idea how to do any of that but I am sure that is what most do, if not using some multi-million dollar professional recording studio.