How old were you when you became a Furry?

16, but that long predates the Internet so I knew I was different but I didn't know what a furry was, that I was one or that there were other furries until I was 31.
Tayoria's mate

Started browsing in 2000-2001, at age 15-16. Upon discovering the 'snake peril' Yahoo group I wanted to find similar stuff and there was VCL and Lava Dome Five.
Lurked / didn't do too much until 2008, where I discovered FA - browsed some on a lurker account, two years later I started thinking about creating characters and well here we are now, 33 years old with a cast of characters and admirer of art.

30 when I made a sona.
But I've always been interested in the art and characters.
It's not cheating if you're a fox!

Dare you to break my heart~
L

Hello. c: I started being into it when I was around 14? It was a slow transition from drawing only ferals to drawing furries and later on humanoids. And later-on I became a furry.
I'm not really open about it, mostly describing myself as a kemonomimi fashion enthusiast. But my boyfriend is very supportive, he's not a furry himself but considers it cute.
Also, does anyone relate to this: I only like wearing ears, paws and a tail, I wouldn't want a fursuit. (But I love people in fursuits, specially for hugs!)

I can't remember the earliest age I started taking interest in these things, but I finally admitted to myself that I was a furry about 15. It took me a bit longer though to join the community and make my fursona.
M

I've been into it since my mid teens. I've spent a few years on FA and deviantart browsing but never got involved with the community. I used to draw a bit but have'nt for a few years and only recently at 33 decided to give drawing another go and get more serious with it. So, i decided to finally pop in and be social.

15, ive kinda been in the fandom for only 2 weeks X3
My friend told me to make not becoming a furry my new years resolution. Then i became a furry on new years eve, effectively bypassing that.

I want to say around 20-ish? I mean I had never really thought about it before then, but I had never had a problem with the art, just hadn't really started paying attention to it until around then.
Check me out on FurAffinity and Twitter

I didn't assign the label "furry" to myself until just recently (I'm 26), but looking back I think it goes further back to a point where I had no idea what a furry even was. I wanna say I was likely beginning to develop to be one about age 12-13. That's when I started to get into drawing dragons (I was never very artistic, still aren't) and reeeeeally started to get into animal crossing. That game I think is what started me off towards furrydom, how could it not with all those cute af anthro animal characters x3?
Avatar by
@Skepticdreams

I made a fursona when I was 19 for "character building reasons", then finally admitted it was for furry reasons a few weeks to a month ago. Currently 21.

The community just never interested me when I was a bit younger, in part because of the drama/controversy/hatred, and also because I’m a scalie and never got the exposure to scalie art. I thought you had to be furry to be a furry! 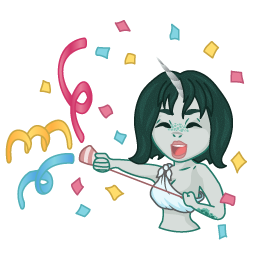 Nah I consider myself currently fur-curious (or fin-curious)
+ Userpage of mareenaicefin -- Fur Affinity [dot] net +
"Consider the inherent eroticism of the ocean. No matter who you are in life, you can always return to the caress of our dark mother, the sea, whose salty embrace envelops every contour of your naked body"
F

I was 17 when I made a fursona, but I was interested in the community when I was 16. I'm just about 19 now (give it another 11 days).
I doodle shit sometimes but like not very often
Tumblr: soniasquishyart.tumblr.com
Twitter: twitter.com/soniasquishy
FA: furaffinity.net/user/soniathesquishy/
DA: deviantart.com/soniasquishy
Toyhouse: toyhou.se/SoniatheSquishy

The new Sora has come!

good question , im not completly certain but i started loving and caring about them around 12 but i only got really into around 15? or 16~ around there haha

22 but I never considered myself completely a furry lol
>It is pitch black. You are likely to be eaten by a grue.

I would say around 14 years old is when I became a furry, mostly due to my love for wolves.

24-25?
“If more of us valued food and cheer and song above hoarded gold, it would be a merrier world.” -Thorin Oakenshield
Icon by Alicezap.. Please help support her and other Ukrainian artists in this difficult time.
N

I was basically a furry my entire life, but I didn't really know about the fandom much until around 2015? And that was because my brother started joking that I was a furry because of how I was obsessed with drawing anthro animals and stuff. So after that I looked into it more. However, for the next few years I was pretty off and on about it for a while.
The reason I say I was basically a furry my entire life is because like, the first thing I ever started drawing was animals when I was about two I think. Plus, the first character I ever made was an anthro dog (based on a stuffed animal of mine) that I got when I was around 3 or 4. Since then I made a lot of stories about my stuffed animals which I had made into characters, and they were all anthros, so . . . yeah.
You must log in or register to reply here.
Share:
Facebook Twitter Reddit Pinterest Tumblr WhatsApp Email Share Link
Top