muzykalscorpio said:
I'm hoping ("assuming"?) that Final Fantasy Tactics is not included in this statement. 'cause if so... #sadface -- (though I 98.6% agree)
Click to expand...

I'm sorry i never really played tactics before but I'm going to take your word for it. I guess there are a few side games that were good too. Most of the metal gear games are good (except acid). Most of Mario' s side games are good (e.g. Dr Mario, Mario kart Mario party).
But apart from that i think all side games are bad, especially the final fantasy side games except tactics. (X-2 never playing that ever again)
Which was the main reason why i avoided the KH side games, because they are essentially final fantasy with Disney side games
Bowser? He looks like a cheap movie monster- solid Snake
Who are you calling pinhead?- Pinhead Larry

Croconaw said:
MATE, NOW YOU HAVE FUCKED UP


And bullshit. 2's story was convoluted and stupid. And who cares if they're side games? They're part of the franchise regardless to "better explain" the story, which is pretty ironic given that it made the story even more convoluted and scattered.

I would LOVE to see you squirm in your attempts to give Iba an actual break down of the story. It would make my day.
Click to expand...

I'm late as fuck to reply but he-he-here we go:
First, regarding the visuals, I give you this:
Kingdom Hearts 2: And since I'm only really familiar with 1, CoM, 358/2 Days, and 2's stories here's a summary for the lot of ya in white so people who don't want spoilers don't see it: (spoilers for those who want to avoid them):
There are these creatures called heartless which are formed from the dark part of people's hearts. As long as people have a little darkness in them, heartless will continue to exist. Heartless constantly search for and feed off of the hearts of others. When they do so, they turn who they attacked into a heartless. When a person with a strong will turns into a heartless, they leave behind an empty shell called a nobody. Throughout the original Kingdom Hearts, due to a powerful heartless of a man named Xehanort going under the guise of "Ansem", Xehanort's original mentor, causes all of the worlds to become disrupted and connected, allowing passage between worlds. This man, a powerful heartless, wants to gain access to Kingdom Hearts, a conglomeration of hearts that he hopes to bring him great power (and after all, heartless constantly attack those with hearts. It would make sense for a smart one to go after the biggest one). Bringing all the worlds together made it easy for him, using various Disney villains as minions, to get a hold of a group known as the 7 princesses, or 7 people who have pure hearts and thus can together pave the way to Kingdom Hearts. Sora, after his home is destroyed (and Kairi's heart is taken) during Ansem's attempt at creating Kingdom Hearts, uses the power of the Keyblade (a powerful weapon attracted to those with strong hearts that can open all doors) to keep heartless from destroying various worlds after this, find "Ansem", and defeat him and bring Kairi's heart back. During the middle of this journey at one point Sora is turned into a heartless, but Kairi, after her heart has already been restored, uses her pure heart to bring him back.

After Sora's heroic journey, he one day runs across a man in a black coat who runs off when Sora spots him. Curious, Sora gave chase and found his way to Castle Oblivion, a place home to some of the most powerful nobodies of them all, Organization XIII. Organization XIII's main goal is to gain access to Kingdom Hearts so they can become whole again, as nobodies lack hearts. Using Kairi's special nobody named Namine, formed after her heart was taken, (its special because Kairi was one of the 7 princesses and thus pure of heart), Organization XIII has Sora's memories slowly rewritten as he climbs Castle Oblivion. Sora soon forgets who Kairi ever was and thinks Namine is someone he has known his whole life. Organization XIII hoped that they could rewrite Sora to convince him to their side, but fighting between Organization XIII members over leadership and Sora's incredible combat strength winds up being their demise. Sora defeats around 6 Organization members and winds up confused over what his true past is. Namine, not being evil and only working for the Organization to help them gain hearts, decides to help fix Sora's memories, and she takes a year to restore them.

While restoring them, Sora's nobody, Roxas, who was formed after Sora turned into a heartless, spent time as a part of the remaining members of Organization XIII before finally quitting them and running away. Realizing that he's Sora's nobody and yearning to be whole, he goes to Riku and the real Ansem, a wise man with much knowledge of light, darkness, and hearts for help. They take care of him in a fake version of a world known as Twilight Town, but close to the end of Sora's restoration Organization XIII finds him and gives chase. In the end enough time was bought and Sora became whole again, all at the cost of Roxas leaving the world and rejoining with Sora. Sora then goes on a journey to fight and defeat Organization XIII, as they cause trouble in various Disney worlds trying to get Sora to fight more heartless, as the more heartless that Sora defeats, the more hearts that leave them to form Kingdom Hearts. Sora was too powerful however and wound up defeating all of them.

There you go. The basic plot of KH, Chain of Memories, and II. So how did I do? Is it really THAT complicated?
358/2 Days is nearly entirely irrelevant to the plot and I don't know much about Birth By Sleep, RE:Coded, or Dream Drop Distance.


CaptainCool said:
I always thought mixing Final Fantasy with Disney is a stupid concept.
In my opinion this is one of the most overhyped franchises ever.
Click to expand...

Well it kind of is a stupid concept. Who in their right mind would ever think such an idea would work out? And yet we got this beautiful conglomeration of music by Shimomura and action RPG gameplay with pretty visuals that hold up really well even nowadays.
Last edited: Nov 28, 2014
Watch Dorohedoro 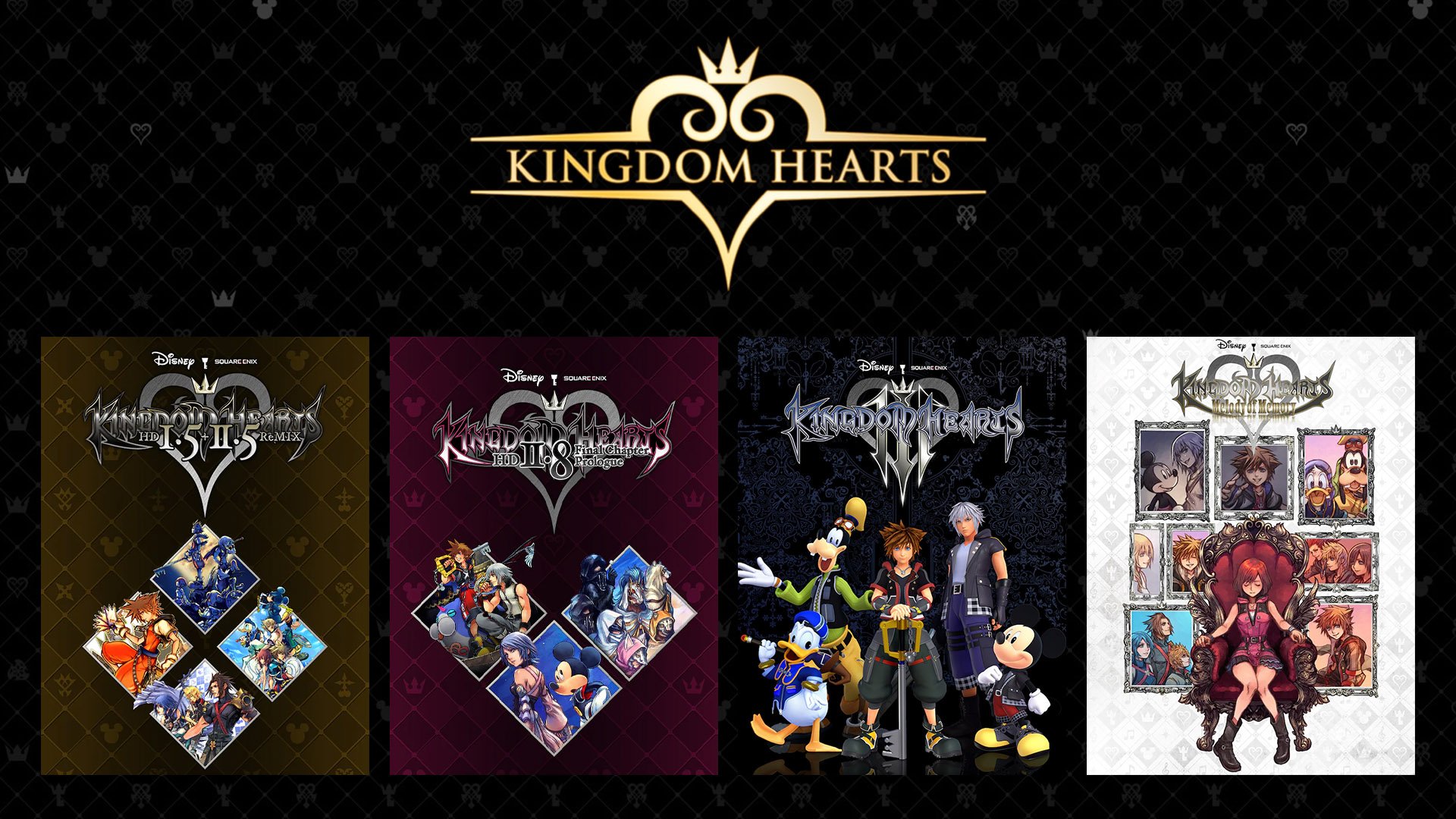 I know right? It's about time that classic series found it's way to PC as well.