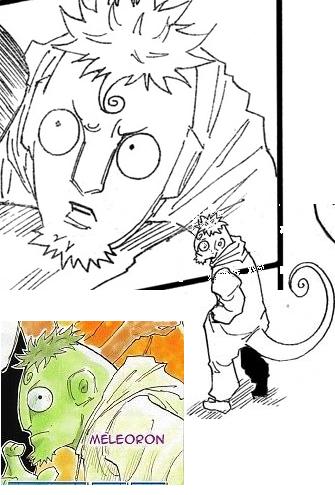 I feel I'm in a bit of a pinch. Above is an image of the character I'm trying to cosplay which I've been constructing, but because it has anthropomorphic aspects to it I feel this is a better place to get help. I've gotten very picky about what I would like to do about his tail, but most of my ideas are probably more complicated than they need to be.

I want it to be soft and for it to also be "pose-able", like with wire. I want it safe and I need to be able to move it out of the way without a hassle to avoid bumping people. The tail is, as you can tell, large. My first attempt with wire, even doubling it up, was too weak to hold that chameleon "curve" to it. Beyond that, I figure I would just stuff it with light poly-fill.

I've seen people create nice skeleton tails out of fun-noodles, but they're a bit too restricted for what I have in mind. And tough. I would appreciate any help you could offer me.

Here is also an image of my last progress update, excluding the tail and the additional foot I've made.

To make it pose-able you said that wire was too weak. Have you tried something like flexible conduit? Maybe try some flexible conduit filled with expanding foam like Great Stuff to stiffen it up towards the base of the tail.

I've never tried anything like this, so I have no idea if it would work. Just an idea.

Use a thicker foam to create vertebrae, and string them together on a bit of rope or elastic bungee. If you make them the right shape, they'll have lateral movement, but very little movement vertically, so it should stay in the correct shape, while still being flexible.
​
You must log in or register to reply here.
Share:
Facebook Twitter Reddit Pinterest Tumblr WhatsApp Email Share Link
Top