Movies or shows you think should be more popular with furries

There are several movies and shows which are considered quintessential furry movies. Zootopia, Robin Hood, the Lion King, etc. However, we all know some movies and programs which appeal very deeply to our furry sides which don’t get so much recognition within the fandom. So, this thread is the opportunity for you to reveal them and convince others that their furry aspect is worth paying more attention to.

I guess because many of the creatures are…well…monsters which don’t particularly resemble any individual animal it has had less of a substantial furry appeal. However, on closer inspection lots of them are clearly based on at least one real or imaginary animal, with many being a combination. And for me, the main villain Randall seals the deal. He’s pretty much EXACTLY a large chameleon, and he’s awesome! I mean, he really should be an icon for scalies!

"Ravo is fair and balanced, the most watched and most trusted!" ~ Fox News Spilogale Pygmaea said:
You are right!

hehe, best lizard!
"Ravo is fair and balanced, the most watched and most trusted!" ~ Fox News

This is a movie I found recently.

Spilogale Pygmaea said:
This is a movie I found recently.

Ooh, is that the one you told me about? It looks really nice!

Yes!
(Also known as Soviet Beastars)
"Ravo is fair and balanced, the most watched and most trusted!" ~ Fox News

Paulie, Rock n' Rule, and Looney Tunes (not just Space Jam either) are just some examples from the top of my head.
I'm just one of those artsy types.
FA: Userpage of DarkHorseArtie89 -- Fur Affinity [dot] net
DA: DarkHorseArtie89 | DeviantArt​

The one where Big Bird goes to Japan is precious. TuT
-Same with most of the Muppet Movies. They're all fun.
Pst-- Hey~. I am an artist! Commission me, maybe? I do:

Creep of the week 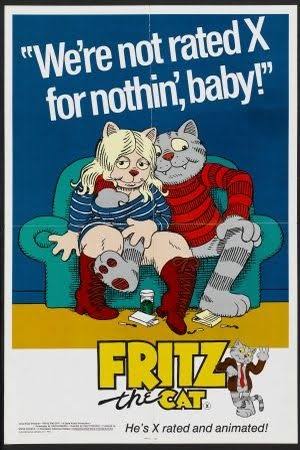 Hm, maybe Terry Toons. In more ways than one, they're discount Disney, but still pretty fun

I love that North Korean show, Squirrel and Hedgehog. It's an edgy adult show, except it's not meant to be edgy and it's actually meant for children

And since we're in the Eastern block, take a look at Nu Pogodi; I don't think it's been translated, but there's barely any talking in it.

I've only just discovered another Soviet cartoon that looks pretty cute, Leopold the Cat; but I can't recommend it yet since I've watched only a couple of clips
My heart goes to the victims of the BLM riots 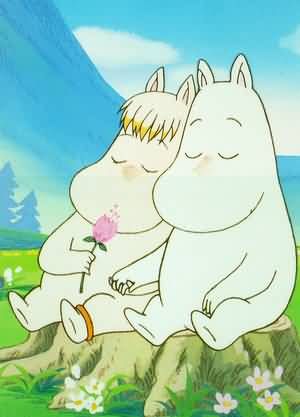 Userpage of Fallowfox -- Fur Affinity [dot] net
Two broken Tigers on fire in the night, flicker their souls to the wind.
The flames of the Tigers are lighting the road to Berlin.​
B

I haven't seen much of it on here yet, but anyone seen BNA (Brand New Animal)?
W

Blatherzon said:
I haven't seen much of it on here yet, but anyone seen BNA (Brand New Animal)?
Click to expand...

I have. It's good so far...I'll give it some leeway, but can't form a sure opinion until I've watched the entire series. For now, I'm waiting for the 7th episode to air.

The live action show Grimm. Basically, it was anthro animals that were able to disguise themselves as human most of the time, but the presence of the Grimm caused them to reveal themselves. Previous Grimm had always hunted these creatures, the Grimm in the show often worked with them and helped them.

Some were good, some became his friends, others were really hostile.

One of my favorites was this muskrat looking guy, maybe a beaver. He attended lodge meetings.
Still Waters Run Deep

Princess Mononoke or basically any Ghibli film including , My neighbor Totoro. I recommend watching at least guardians of the galaxy purely for rocket racoon and if you like it awesome you might just end up liking Marvel . Anyway a lot of Disney movies including the unforgettable Bolt. Teen titans purely for beast boy. Tom and Jerry , Winnie the Pooh for younger furries , open season

Invader Zim. That show was always a bit out there and underground, and in spite of the movie release on netflix, I still miss the old cult following it had.
My Icon Artist: CrystalBerry
My Banner Artist: Kirena-Kaya
My Forum Event: Sacrifice Your Sona
My RP Thread: [PBP] Welcome to VA-11 Hall-A
Other Links: About ~ Gallery ~ Moodboard ~ Blog ~ Spotify

I find that Teenage Mutant Ninja Turtles (2012) has far more furry material than I had expected. Apart from the turtles themselves, there's one appealing tiger villain, squeezy hugs, different scalies species, and I like that all the characters feel relatable in some level. There's many knots explored in the brothers' relationship, and I personally feel a lot of Michelangelo's struggle with collective reasoning


Sometimes you get faced with copious amounts of goo and very vore-y scenes. There was like, one entire episode dedicated to a mutant rat that is able to reproduce inside a victim's stomach by entering their mouth. That and lots of other stuff make me surprised that it's a Nickelodeon show
Current skin toxicity level: Hallucinogenic

How to train your dragon , definetly!!!

Rikki Tikki Tavi! You can stream it with ads on the Roku channel or Tubi, but this link is good as of now:

An animated version of Rudyard Kipling's tale of a mongoose who is saved from a storm by a boy and his parents, and then becomes the family's defender against...
archive.org

In searching for it, I just discovered a USSR version of the same story:

I have not watched the whole thing, but I happened across this Hungarian cartoon called Vuk, which I hadn't heard of before:

Vuk, the little fox lives happily among his many siblings in their parents' home. As he is livelier and snappier than the others, one day he wanders into the...
archive.org

zandelux said:
Rikki Tikki Tavi! You can stream it with ads on the Roku channel or Tubi, but this link is good as of now:

An animated version of Rudyard Kipling's tale of a mongoose who is saved from a storm by a boy and his parents, and then becomes the family's defender against...
archive.org
Click to expand...

Chuck Jones also did an animated version of "Mowgli's Brothers" from The Jungle Book - cartoony, but more faithful to Kipling's original story than any other adaptation I've seen. Haven't found the whole thing online yet but here's a trailer: (Among other things, they actually pronounced "Mowgli" the way Kipling said it should be pronounced: with the first syllable rhyming with "cow.")
Last edited: Jan 5, 2021
"The miracle is not to walk on water. The miracle is to walk on earth." - Línjì Yìxuán The Wings Of Fire adaption that is apparently going to happen in the form of a TV show.

The Warriors movie that is in production...