Mini Update: Decided to go ahead and change the name of this since I'm officially making it into a project journal =)

I drew this a while back ago (About a week ago)

looked at it today and thought to myself
"Hey. You Can Draw This Waaaay Better Dood (￣▽￣)ノ"

So I got to work on a new version and since I'm going for a mix between a
demon and feline I came up with something like this at first.

(As an outline of course ( ´ ▽ ` )ﾉ)
Giving him horn like ears and an "I don't care" kind of stance and all was well and good till I started to think about things a bit more. I didn't want him to be just some run of the mill demon (That's Dry _ _) I wanted to make him an 'Incubus.' As soon as I realize what type of demon I wanted to make him, This video I saw earlier today came to mind:

Incubus's lure the living into reproduction right?
Then why not give the character some sex appeal so that he's more true to his roots! =)


I've already got a new pose for him that isn't that boring "I Have My Hands In My Pocket ᕕ( ᐛ )ᕗ" whoopty doo thing. The new one's based on Juri's stances from street fighter since she embodies everything I'm trying to do here!

(Don't just look at her combos, Look at the way she moves. Every motion she takes puts all the more focus on her figure!)

Having all that in mind now gave me the current project

It is a work and progress and I'm no where near done with this just yet
Though there are a few things I need some help on if I'm gonna make this art work:

Muscle Definition And Sex Appeal:
This is the first time I'm actually trying to make one of my characters look beefy and well...'appealing.'
To be honest I have no idea what I'm doing and been using refs to get me this far haha. Help in How to draw Muscles on a character would be awesome! Though please keep it SFW though haha!
(But Seriously)

A Feline Muzzle:
I Just never got how to draw those, I mean are they flat like a anthro chimps or they more canine like
idk

Eyes:
Though I did get some really good help on how to draw them here, It was only for cartoonish happy eyes.
This time I'm going for eyes with a seductive flare like Juri's. =)

Other:
There will be other stuff I'll need some help with as things go on so being a well rounded artist would be greatly valued n_n

Update: It's Coming Along Pretty Well =)
(Plus I'm turning this thread into a log by the way (￣▽￣)ノ)

After working on it for the better part of a few hours I now have this! ╹‿╹)

For The Hair
I decided to go another direction with the style since the spiky anime-ish
only seemed to work on characters from that respected genre. (Oh Sin, No matter how much your personality mirrors the character I'm making.
That's about the only thing I could give you two in common _ _)

So instead of giving the Cloud Strife, I did what I did for his muzzle but his hair.
The "It's the same as before BUT" stamp where it's the same but just with enhanced quality.
Remaster if you will

Moving on from the hair full of missed opportunities
A Big thanks goes out to @tales for the reference he'd made that really helped me out with the eyes here. ╹‿╹)
Though I'm still going to need some help drawing the left one.
I'm not using all the head room I know I have over there, when I draw a "C" it looks like part of him got cut off and when I put the full eye over there it looks like he's got a lazy eye. (Really Tricky That Left Eye =T)

I wanna make him 'Lean'
Not exactly a beef cake but he does have define muscles, The best of both worlds! ◠‿◠) 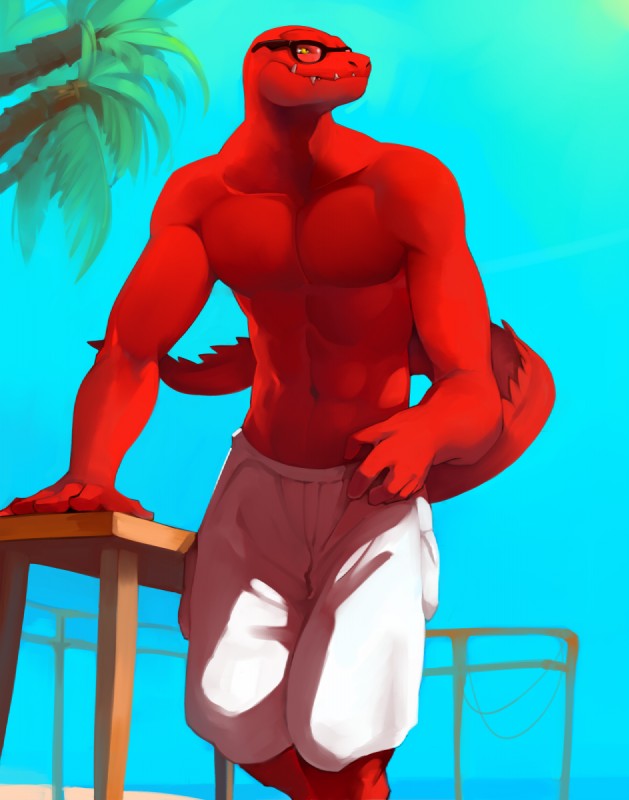 Now For The Sex Appeal
I already had a basic idea on what to do here but after looking into it, Turns out I was kinda right =)
The universal appeal when it comes to guys is there upper bodies. Wither it's a cute face or a beefy chest, the upper body is usually the first place someone would look at a man! Argo things like harnesses, Tank-Tops, Tight T-Shirts and all the above that would draw eyes up there is the way to go when it comes to male sex appeal! 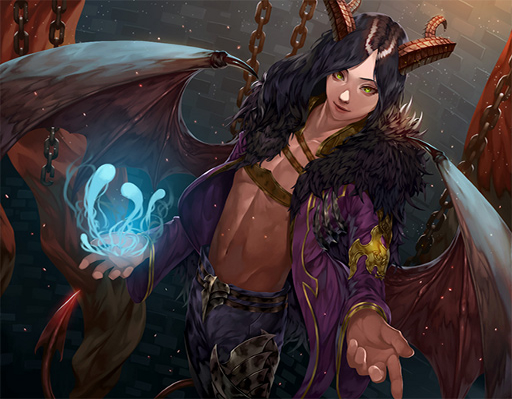 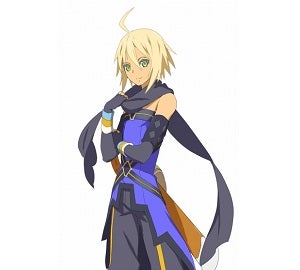 Since if you where to take away the scarf and arm warmer, It could totally work here =)
It's not that I have a total biased for one of my favorite games, Where did you even get that crazy idea ( ﾟ▽ﾟ; )/

Anyway that's just about it for now, The issues up there in the last post, in color are still things and
if you wanna help out, feel free to drop me a line here or by PM. With all that said it's time for me to get back to work!

Been meaning to update this for a while now but been getting sidetracked with other projects like:

Rebooting one of my old doodle characters: Zatch As for where the current doodle stands...

I took a few steps back for that design (¬‿¬)
In favor something more: 'Sin-ish'
Which lead to me to the current design for the guy =)

To do list so far with the new design:
Make him walking
Add more definition to the arms and abs
Make his tail more squiggly wiggly
Do something with the eyes again
Give him depth!
And try to raise the bar for your art with this one.
(Not making it into a still life but breaking the wall between doodles and full blown cartoons! =)

I know it's starting a lot like my old drawing of the cat but that could be a good thing you know. Going for a re-design without a reason like the one I had for redoing Zatch; Could lead to some rather questionable decisions n_n; (*Clear Throat*)
Plus this way I'll finally be able to correct the mistakes I made on the last one =)

As for as clothes and stuff like that goes, It's a bit fantasy traveler with a splash of Zootopia for good measure!
(I think you know which clothes I took imprecation from (¬‿¬))


Hope to update again soon
and if you have any tips to give feel free to post them down below =)
My: Gaming || Extended Music || Steam || Deviant Art || FA || Tums