:: Type ::
"Vulpine" (D&D "species" - General structure of her is fox-like with some modifications)


:: Build Description ::
Roxy is a fox-like creature with several distinct features that set her apart from the "typical" fox creature, including :

- A sleek and low-down body posture (Due to smaller legs)

- Smaller ears than the "typical", however still visually prominent

- A MUCH longer tail, capable of wrapping around herself almost completely while curled

- Her base fur (back, majority of tail, majority of head) is a single-coated, short fur that has the color of a "red-platnium" red fox mutation (SEE reference picture BELOW).

- Her under fur (belly, under the snout) is double-coated, long, and completely white.

- Her legs begin as the white color of the under fur, but by around the knees become completely black. Her paws are also black, with black, difficult-to-see paw pads.

- A prominent fur feature is her "stripe" that goes from the top of the snout, to the top of her head, down her back to the rump of her body, just before the tail. This stripe is a deep coppery-red color, and the surrounding fur to the stripe gradually gets lighter until it reaches the base fur color.

(Here is the reference photo for Roxy's base fur color, and to give a preliminary idea on the "typical" fox)


:: Other Qualities ::
- Ears: Base fur color tipped black on the ear's tips

- Tail: As stated it is colored the base fur, with the tip completely white.


:: Posing ::
For posing, I will give that task to the artist's creative license. However, whatever pose makes the most sense, I would appreciate to see the "shy" and "curious" nature of Roxy in her pose.

*she is small, not tall humanoid, she fits on people's laps and stuff, so keep that in mind.*

If you have questions do ask~

If you need any additional info just ask!

Also, his birthday is coming up so it could be considered a birthday gift~

I hope I depicted her well ^^

MissNook said:
I hope I depicted her well ^^

It does look good- although she's supposed to be all fours and more small and cutesy like my character Vixye. Other than that- he says it's perfect.

Ah, that's why the low-down posture didn't make sense to me XD Well at least if someone else wants to draw her, they will have more information ^^
My FA Page ❤​

MissNook said:
Ah, that's why the low-down posture didn't make sense to me XD Well at least if someone else wants to draw her, they will have more information ^^
Click to expand... 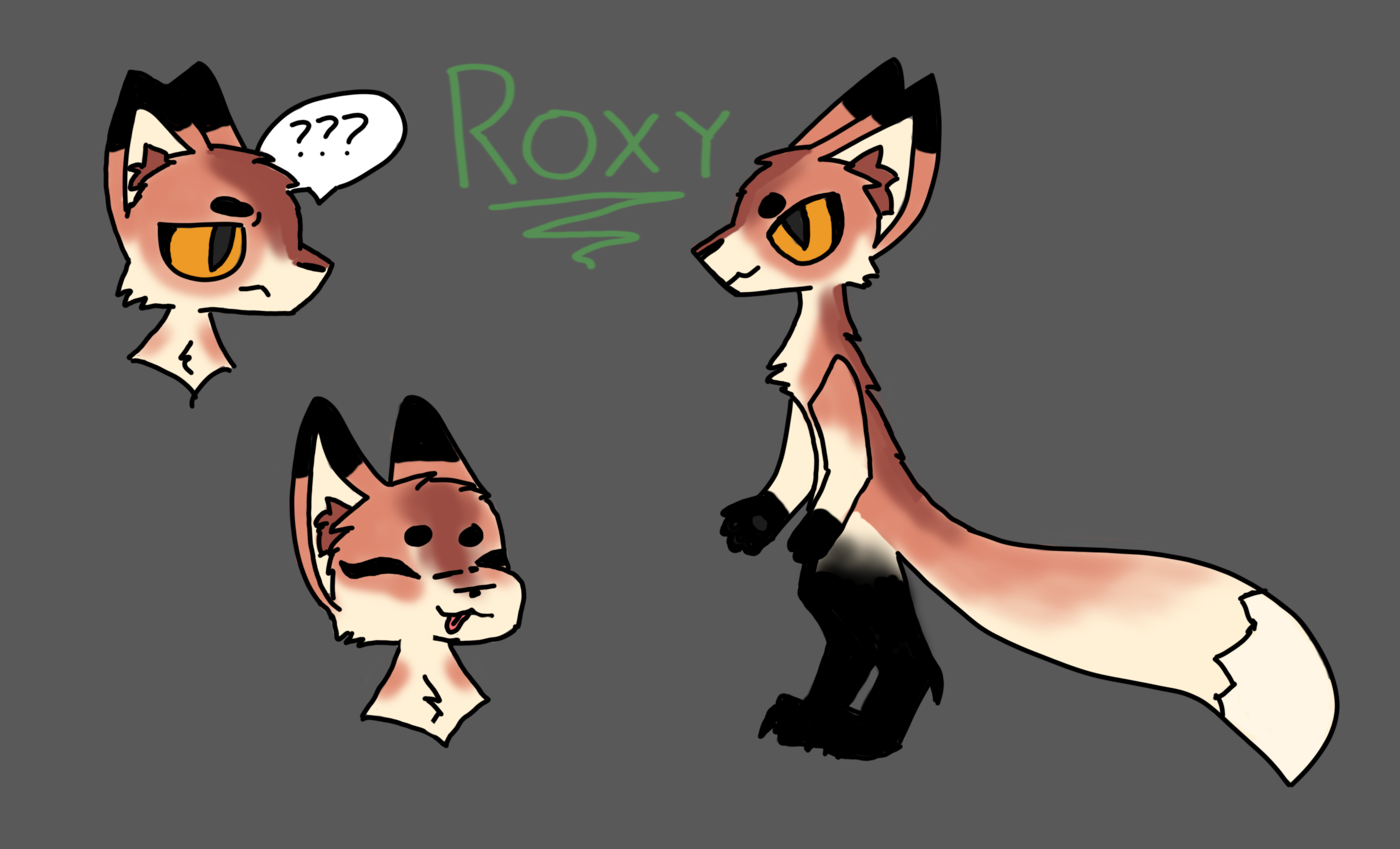 mangomango said:
Sorry, didn't see the all fours until too late
Click to expand...

Lol xD you're welcome to redo it if you want but won't make you, I'm sure he will like it regardless except for the same one issue as last time

so if anyone else attempts this- remember she is quadrupedal MissNook said:
Just a quick one. Hope he'll like it