Time for some real spooks

Sit next to the bonfire and tell us some of your spooky scary retail stories... IF YOU DARE
Last edited by a moderator: Apr 7, 2019 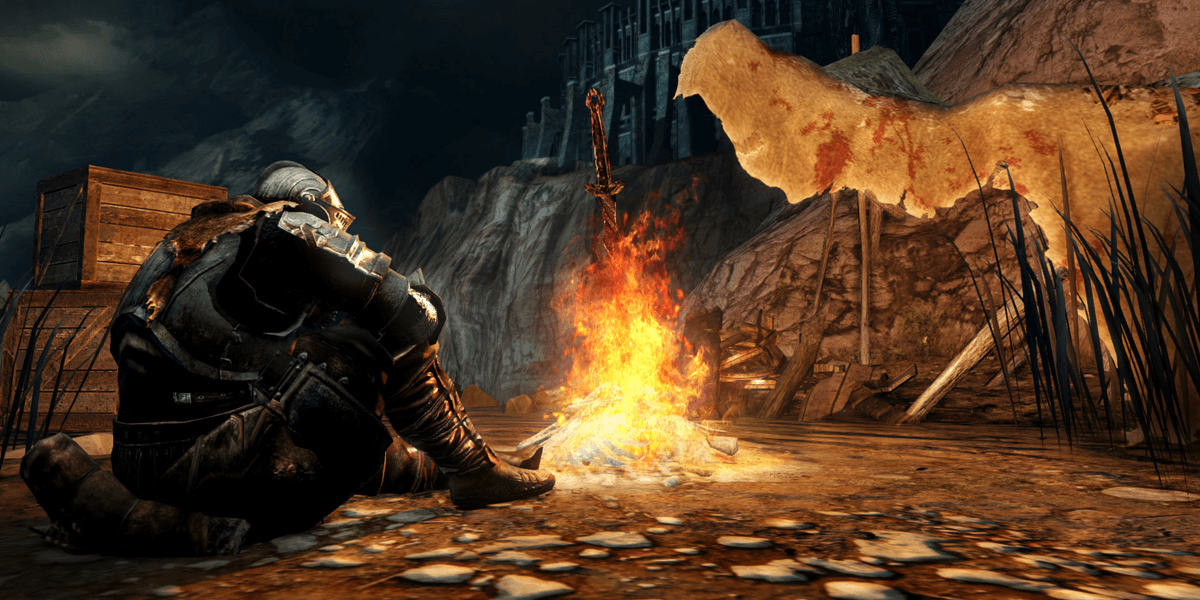 I've seen things, man.
*Disclaimer, this post may be exaggerated for meme and humor.

When I still worked at our company's store my boss got me a new metal fan to set up in there during the summer. It was stupidly hot to I set it up right away.
I put it near the entrance of the store. Which was a huge mistake... My goal was to have air blown at me while I sit at the cash register without the fan blowing away documents.
What I didn't factor in was that the customers would then stand between the fan and I.

...The first customer who came in that monday smelled like he didn't shower in a month. He was sweaty and just plain gross. The fan blew his... essence right at me.
I almost threw up :'D
No control beyond these skies​

Banned
Walgreens has had a lot of problems with return fraud in the past, so they require an ID for any return over 10$ per policy. Walgreens actually had to sue the "Lampkin Clan" for balance rewards points fraud in the thousands of dollars range. Not all stores enforce it, but ours did because we had personally dealt with some of said extended family.

A customer was getting a return over 10$. She was generally bitchy, but I was cool. She tried to have her kid do the return while she shopped the store and went outside. Obviously he didn't know her balance rewards, have her ID, etc. So this ended up holding my line up and pissing her off more than her resting attitude because apparently doing her own return was a waste of her precious time. When I asked for her ID, she got extra pissy. Said I was lying, and that it nowhere states that we need an ID for returns. It states as much on the back of all reciepts. I called the shift lead to re-explain tge policy. The customer then called her a liar and started shouting, becoming confrontational. The shift lead started losing her cool and became verbally confrontational in response. My coworker started moving our shift lead to the office to calm down, at which point the customer obstructed our path to bluster at the shift lead with my other coworker between them. My shift lead threatened to have them removed from the store by police, which is what they should do albeit in a calmer manner. Customer said something along the lines of "not before I beat your ass" and threw a punch over my coworker at my shift leads face; starting a scuffle. I pulled the bitch off my shift lead and tried to detain her for assault, but she struck me about as well as someone with no mass or muscle can, and started trying to slip out of her shirt.

At this point I figured detaining her would result in her getting more hurt than was reasonable with my skills and lack thereof, and I didn't want to get fired or use unnecessary force; so I let her run. She left all her items behind, never got her refund, and is now wanted for aggravated assault. She pulled this in front of both of her young kids, one of which tried to help their mom and scratched my shift lead in the process. Mother of the fucking year.
Last edited: Apr 7, 2019
https://youtu.be/PGRTuU-Q_-g
Random Meteorites in Cities Skylines are why I have stress.

I’ve been a Starbucks barista for about two years, now. Fluff-balls, I got stories for ya!

I’m just going to stick to one right now.

Last summer, I was in my current location (small licensed store in Target) and this old lady with a poodle hairdo comes up to the register. She starts asking us about free samples. Now, our store (unless we have a practice drink to sample out) only allows us to sample out coffees and iced teas. That’s what I offered, but nooooooo she wanted a sample of our Ultra Carmel Frappuccino (a very complicated drink for those who don’t know). I explained our policies and why I can’t make a sample of that for her. Not good enough. I had my manager explain the exact same thing. Still not good enough. She started complaining to everyone in earshot that “this was ridiculous” and “it’s not that hard”. She was doing that for a while. I went out and replaced our half and half. She physically touched me to get my attention to complain more.

Starbucks wasn’t the only victim. She decided to sit herself at a somewhat messy table. She complained to my coworker cafe side about it threatening firing and possible legal action. There were other tables.

This was all in front of her preteen grandson who looked mortified.

TL;DR: Poodle hair lady expects a free frappuccino and wants my coworker fired over one dirty table. Old people are wild.
Yaha! You found me!

Not exactly retail but my first real job was an arcade attendant at a Dave And Busters-like place. I'd often work the register at the rewards center, so close enough. Buckle in folks, it's gonna be a little long.

When I was previously volunteering weekends at a cat shelter, I gave a compliment in passing to a fellow volunteer about her MLP shirt. This harmless OOC action led to many uncomfortable months of her giving me printed out MLP artwork, a list of every movie she could think of that involved cats, and other such offerings.

Now, I'm a guy how HIGHLY values his privacy, especially back then when I was even more introverted and socially awkward than I am now. This girl would follow me around the shelter, take breaks at the same time as me, I actually had to request a more behind-the-scenes job stuffing adoption pamphlets instead of actually playing with the cats since I didn't want to be followed by her anymore. It worked for a time.

Eventually, I was hired in the arcade, and I bid my volunteer days goodbye. Things were going very well, I was having the time of my little life. Then, on a day and time I just so happen to have a shift, she's there. She spots me of course and spends many more months coming to the arcade to see me specifically. I even told my supervisor (the awesome dude that he was) about her, and he told me that she had even specifically asked when my shifts were (he didn't tell her obviously). That's when I started thinking of her as a bona fide stalker.

It was so bad that even my coworkers learned to recognize her and would give me a heads up so I could make myself scarce. I couldn't stand it, I was really enjoying my job until she showed up. So one day when she was there, I gathered up all the courage my young, nervous self could muster and approached her. I told her that the stalking she was doing was making me uncomfortable, I knew she was trying to find out when I was working, and I demanded her to stop following me.

Weight lifted off my chest, I went back to work. Cut to a few minutes later, her mother comes into the rewards center and goes right to my till. She says it's the girl's birthday and I made her cry. She does this in full view of everyone in the center, both coworkers and customers alike. Finally, with the mother finished making me feel EXTREMELY ashamed of myself, she leaves, and the stalking ends forever. My supervisor let my break go on a couple of extra minutes that day.

Some years ago I used to work at a plant nursery, It was a pretty cool job since most of the times I got be alone working at my own rythm.

But sometimes that was also my greatest curse since I had to deal with costumers on my own.

In one occasion a costumer came back wanting to change a plant she bought that day with another plant of the same type because when she was repotting it at home she saw an earthworm crawling in the soil. I tried to explain to her that earthworms are not harmful in any way to the plant and that in fact they are beneficial since they eat decomposing matter and turn it into humus, I even showed her a bag of humus we sold at the snursery, even after that she still wanted to swap plants and I was like "Yeah, ok no problem, just pick whatever plant you want" then she said "But what if there's another earthworm in there? Could you check the soil just to be sure?" So yeah, I spent almost an hour digging around looking for worms for a woman who just spent 40 pesos

I used to work in Toys R Us...that's a horror story in itself. It was my first job, and it put me off working retail for the rest of my life!
Minty lives!!! | forums.furaffinity.net: First fursuit! 0w0
My FA page | https://www.furaffinity.net/user/mintycheetah/

Retail taught me the ability to put on a mask, a smile for the customers regardless of how I actually felt.

Still, I think commissions sales have it worse. They really have to kowtow to the customer.

I worked from, well, quite some time in a drug and gift shop. There was this one guy who came into our store to buy cigarettes. Always paid in crumpled up money that looked like he stored it in a corpse buried in compost. His emphysema was so bad he could barely speak, and I had to learn that “Hgggj-hhhhgghk” meant “get me a pack of marlboros” or “Hhhhfjkkgh” was “a carton of newports please.”
Still, not as scary as the kindly old lady I delivered to. I dreaded seeing her name on a bag of medicine. It wasn’t the overpowering body odor that was a palpable force or walls yellowed with smoke, it was that she used oxygen while smoking and it took her forever to find her check book, then very slowly, and very, meticulously, write, out, a, check. All the while alternating between cigarette and oxygen mask. Sometimes holding both in the same hand! Then she’d hunt around for her purse to tip me but I always politely refused, leaving as quickly as professional courtesy would allow.
You must log in or register to reply here.
Share:
Facebook Twitter Reddit Pinterest Tumblr WhatsApp Email Share Link
Top