Jin-Lust-4-Sin said:
(no-one would ever even bother to use guns anymore XD just straight up cut 'em up close and personal XD )
Click to expand...

(Oh hey, just what I'm having with me in this RP : chainsaw-katana + blunderbuss/grenade-launcher
We could be an unstoppable duo XD )

Jin-Lust-4-Sin said:
(Oh hey, just what I'm having with me in this RP : chainsaw-katana + blunderbuss/grenade-launcher
We could be an unstoppable duo XD )
Click to expand...

(2000s might as well be considered the 90s. I might as well change all my stuff to WW2 tech since virtually all of my ideas won't fit. I guess I'll leave.)
Omae wa mou shindeiru...
Nani?!?

Julen said:
Julen shrugs as he looks away. "i'm pretty sure.....if i go back to the camp.....prisoners missing.....plenty of dead soldiers.... Fucking gas... And me being alive... Many unanswered questions would be asked... And i know how humans deal with that..."
He motions a gun with his fingers and presses them against his front. "bang!"
Click to expand...

Jin frowns at how Julen demonstrates the execution, and the lousy reasons needed to do it.

- Humans are so questionable sometimes...

He then points his paw at himself :

- Let's fake it that you captured me. Then, on my signal... GET THE FUCK OUT. Literally. Run as fast as you can, with the hostages. Leave the fuckers to me, you hear ?

- Think about the absolutely horrible nightmare the hostages and their family members are going through.

He grabs Julen's arms and pulls the latter close to him, in a serious tone, but not at all life-threatening :

- Think about this. If you still follow the humans, you're just as good as their pawns, trying to avoid the "execution pole" and living in fear as they want. If you leave them and help our kind, the anthros would be grateful. Thibk about it. Would you rather choose to just "exist", instead of actual "living" ? Or would you just give it one push and at least be our hero ?

(changing my mind about not having my wings, let's just assume he had them hidden under his vest as per usual)
*hearing the repeated gunfire and fighting outside Martin tries speaking to the guard outside his cage*
"Sounds like someone's having a bad day, how long do you think it'll be until someone knocks down that door and frees me?"
Man 2: "Shut the hell up, nobody in their right mind would try to rescue an abomination like you."
Martin: "Then what do you call the noises outside? It sounds like somebody is attacking your camp trying to free us."

*Martin groans in pain as the guard fires a round through Martins wing membrane*
Man 2: "Then you'd better hope that if someone is in fact wasting their time trying to free you, that they get here before you bleed out."
Martin: "You're dumber than you look and believe me that is saying something. You might have chained me up but you left the lock within reach of my claws...and using wrought iron instead of hardened steel to restrain a dragonhound...poor choice."
*the chains fall to the ground around Martin as he gets up and lunges at the door, throwing the end of the chain around the guards neck, the guard falls to the floor after having his windpipe crushed as Martin pulls with his full weight*
-Martin smirks as he scolds the dying guard: "One would think you'd be more cautious when restraining a wolf, let alone a wolf/dragon hybrid....dumbass, I let you capture me. Thanks for telling me what you did to my brothers, count yourself lucky i'm more focused on saving them than making you suffer for it."
*Martin grabs the keys from the guards waist and unlocks his cage, leaving the room afterwards*
Forget burning bridges, I blow them the hell up, that way there's only one way to go...forward.
J

(Hey, hey, remember that this is in a modern era, Martin, before you "DRAGON SLAYER SECRET ART" the entire area lol)

(has his wings, claws, and scales, no powers or abiltities. street orphan, learned to fight growing up on the street, and like the other rp's has an affinity with knives and flechettes. the "brothers" he keeps referring to are a group of younger kids he looks after and protects, no biological relation to any of them.)
Forget burning bridges, I blow them the hell up, that way there's only one way to go...forward.
J

(Okie then ; side plot incoming)

- No matter what happens, if you still have any left of humanity, you'll know it's a better idea to help us out. Because even if you don't, and we capture you, we're not gonna execute you.

He then leaves Julen there and gets back to the complex.

Julen said:
Julrn looked around and sighed. After making a decision he made his way back to the complex, following Jin.
Click to expand...

Jin is on his way back into the complex when he hears someone following him, and turns around to see Julen :

- You again ?... What's your choice, if I may ask ? Cuz I get a feeling that I do not wanna hurt you at all, for some reason, and I hope this feeling won't be my undoing.

Julen said:
Julen looked up at Jin "..." he just came closer and moved a hand behind his trousers and pulled out his 1911. "just follow my lead...." he said, sounding slightly nervous. "we get in. We secure the hostages and we get out.....right?"
Click to expand...

Jin nods, with a clear expression of determination on his face :

- The less bloodshed, the better...

He shakes his head afterwards :

- ... Yeah, I know, that's as hypocritical as it is when I just brutalized so many of your men in the area earlier... but, if you could understand... it was either me or them, we were both the same, trying to survive...

(Theme song for the incoming fight look at the lyrics, you'll see lots of "relevance" in this situation )

Jin follows Julen, getting ready for the "performance".
He's always wanted to be an actor. Now would be the chance to see if he can nail this scene...

Julen pressed the barrel of his gun against Jin's back. When they got to the entrance two guards aimed their gun at them. "i've got this one trying to escape...." he said."move! You scumbag!" he said as he poked Jin's back with his gun and walked into the base. The rest of the soldiers were dragging the dead bodies of their comrades to somewhere else.
Born to die
World is a fuck
Kill em all 1969
I am 1st cav.
126,112,173 dead Viet Cong
​
J

(Figured I'd list the types of bullets I can use to load into my gun cuz whyyyyy not ?) 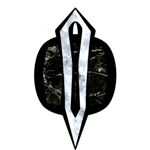 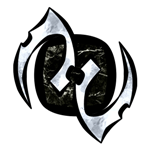 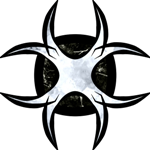 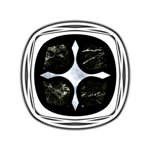 (yup, now I can just carry only the gun if I need to, still got basic needs covered hehe)
Last edited by a moderator: Sep 16, 2016