Raleigh is a fun outgoing person, an avid street racer & professional rally driver, an avid outdoorsmen
Raleigh is always down for anything, He is very brave and loyal, a fur of action.

I lost my sock

Meet Echo, my fursona C: I finally made a damn SFW reference sheet. "May The bridges I burn light my way."

ZacAttackk said:
Just a note, but 280lbs is very heavy, especially for a person of height 5'4" (unless they are magically heavy or something ) but judging by the photo, she'd be around 110-130lbs.
Click to expand...

I was mainly making that a weight range of her as a full fledged lion form. Googled the average weight of a true female lion. & the photo is just a line art I found of a generic body type cuz I cant draw. The real Luna is a little short chubby thing around 180

LemonLeman said:
This is more of a character I've been thinking of over the past few days and may likely be subject to change, but I'll share it here anyway because I thought it was a unique idea.

His name is Lepin, a combination of Latin words for rabbit and decoration/paint, fitting to his theme... as he's a sort of living cartoon. There is a palpable outline surrounding him that he snaps to, visible at all angles, seemingly defying reality. Knowing the namesake of being a rabbit, he has two large, cartoonish rabbit ears and a tuft of a tail. The rest of his body is made of a nondescript squishy fleshy material - think Kirby.
If he wasn't cartoonish enough, I decided he'd be one of those 'draw-it-and-it-comes-to-life' kind of characters, just so it'd be more dynamic. I'm not sure if that was a right turn or not, but it ought to be fun anyway. As for the character's origin, I haven't decided. It may either be purely fiction or something to do with witchcraft...

Going into more details on appearance, Lepin would have two dotted (thin-oval) eyes and a basic " ^ " mouth. Arms and legs are thin, and hands are glove-like to reflect a lighthearted and cartoonish appearance. I've had little practice drawing humanoid figures like this, especially since my torsos are always a tad fat and pompous, so I haven't drawn him much at all. Even then, it's traditional.
Click to expand...

Mind if I give drawing him a try? Not sure how well I'll do, but I think I get what your going for ^_^
And the design is just to much, I can't resits it. I have a soft spot for old fashion cartoon style characters XD
​

LemonLeman said:
If you want to, sure! However, he's not really an old-fashion cartoon with the chopped-oval eyes like Mickey Mouse, but rather something similar to a doodle with a cutesy style. One artist in particular I'm reminded of is the person that drew this, and it's very similar to how I had imagined Lepin.
(I might think of going further into art to draw humanoid figures and cartoonish things like that soon...)
Click to expand...

so it's like the Animaniacs?
Forget burning bridges, I blow them the hell up, that way there's only one way to go...forward.

LemonLeman said:
If you want to, sure! However, he's not really an old-fashion cartoon with the chopped-oval eyes like Mickey Mouse, but rather something similar to a doodle with a cutesy style. One artist in particular I'm reminded of is the person that drew this, and it's very similar to how I had imagined Lepin.
(I might think of going further into art to draw humanoid figures and cartoonish things like that soon...)
Click to expand...

Actually I wasn't talking about Disney. I was thinking more along the liens of Animaniacs, something like this except for a guy... so kind of similar ^_^
​

Drax is his name.

LemonLeman said:
Essentially, yes, but probably more simplistic. Like an outline... more details might be added later when I take the time to think of the character appearance more.
Click to expand...

How does this look?

LemonLeman said:
It's nice! It's not exactly what I imagined (though that's to be expected), as the face is simpler and less defined, as are the ears, but I like your artwork nonetheless! Thank you for taking the time to help me visualize this, though it may be better for me to practice more sometime and eventually develop a picture of my own... it'll be fun when I finally get a drawing tablet at the end of this school semester, but for now, I'll stick to traditional and photographing against my wall. (Luckily it's plain white plaster.)
Click to expand...

I'm glad you like it ^_^ Yeah I think I get what you're saying, kind of more like a sock puppet where the ears are just the shape but not defined in any way... oh well, I'm sure your drawing will be cool when you get it done. Please send me a link so I can see the finished product haha I'd love to see it.
​

I'm fairly new to the fandom but I've had a fursona for years without knowing about the furry fandom.

My fursona started out as this invaderevi.deviantart.com: Little Evi - Johnston
But recently before I started college this fall I changed my fursona to this. Not sure what species because it's just kinda an amalgamation. ^^; Idk if i've posted here yet but here's my catbee, Kiaara Nice necro. 10/10 will be locked soon I assume.
"Deeds, not words." - George Washington

Art by Lennoxicon
"Help a friend and receive thanks, Though help a stranger and receive a friend"
FA:Userpage of Zerohi -- Fur Affinity [dot] net
Official Bularians group: Log into Facebook | Facebook (It works, even though it says "log into")

A Lynx to the past Drawn by user Darklunac, first ever picture of my sona...SO HAPPY

Idk how to flesh my fursona dood out, I've got a pic of him as my profile and on my fA account but idk how his personality is or what ahve you quietinthepeanutgallery said:
View attachment 26485
What a dweeb!!!
Click to expand...

Drawn by user Darklunac, first ever picture of my sona...SO HAPPY
Click to expand...

Sami is a definite punk. Also a tease. But still eager to please.

I do not have a SFW ref sheet, but I can show parts of it.

Also this other SFW image. Nearly two years later and this thread keeps ringing my notifications. I suppose I'll share again since a lot has changed. My most recent drawing: 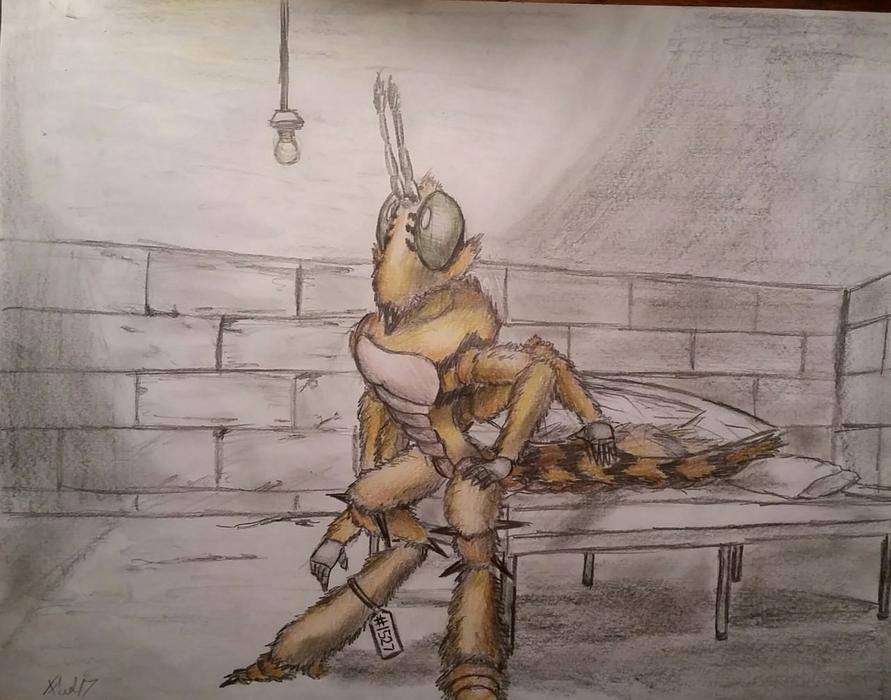