MrPhox said:
Valerian and the city of a thousand planet

very good movie, I know about the books, but the movie is so cool! The FX are well made but don't take all the place. There is a story to tell. A great Sci-fi movie
Click to expand...

So these are the best ones that come to mind. I watch a lot of movies on my overnight shifts (hospice aide) and I love rewatching these and a hundred others.
the saddest happy person you know!​

I watch The nut job 2 and it was good. I love that female squirrel she's cute ^^

After the nut shop exploded they wanted to go back into the park but they mayor wanted to do something with the park to make money with it. The animals went to court against the mayor and win! ^^

I also watch Finding Dory. Well it was a unnecessary movie about Dory who try to find her parents. I find that Disney seem to have a lack of imagination (not new I know) and try to make more money with a old idea and making something new with it.

If you stop watching the movie at the credit at the end, then you don't miss much. You see the fish from the first one who are still in plastic bag and they get captured by the marine institute.

great animation but kinda lame story. Like Cars 2 who was a bad movie. Its not bad but just find something new to tell!!!!

Delightful, spiritual, artful. I enjoyed this one for how it felt, and was lucky enough to catch it subtitled on the big screen back in April while visiting with friends in Baltimore.

recently i've been watching a bunch of highly forgettable movies on request.

seems everyone's interested in my point of view but i'd rather not watch these things. been looking for more obscure stuff but, whenever i find something, nobody wants me to watch it because they now want to watch it and don't want any spoilers.

also cinema this year has just been awful.
John Samer or Jay'98 is the artist's name. My fursona is Sam Trondash. I also speak for Soubi but they do not represent me. All exist as characters in my personal canon. I am in-character as Sam during conversation. Otherwise I'll post a speaker label like "John:" or "Soubi:" before my text to indicate I'm out-of-character.

Delightful, spiritual, artful. I enjoyed this one for how it felt, and was lucky enough to catch it subtitled on the big screen back in April while visiting with friends in Baltimore.
Click to expand...

Great film. I loved it.
I actually came to this thread to post about a relevant series. I just finished the first series of Made in Abyss. The premise alone is interesting, but what really sold it to me was the background artist, who happened to be the same guy who conjured up those majestic backdrops for Your Name! 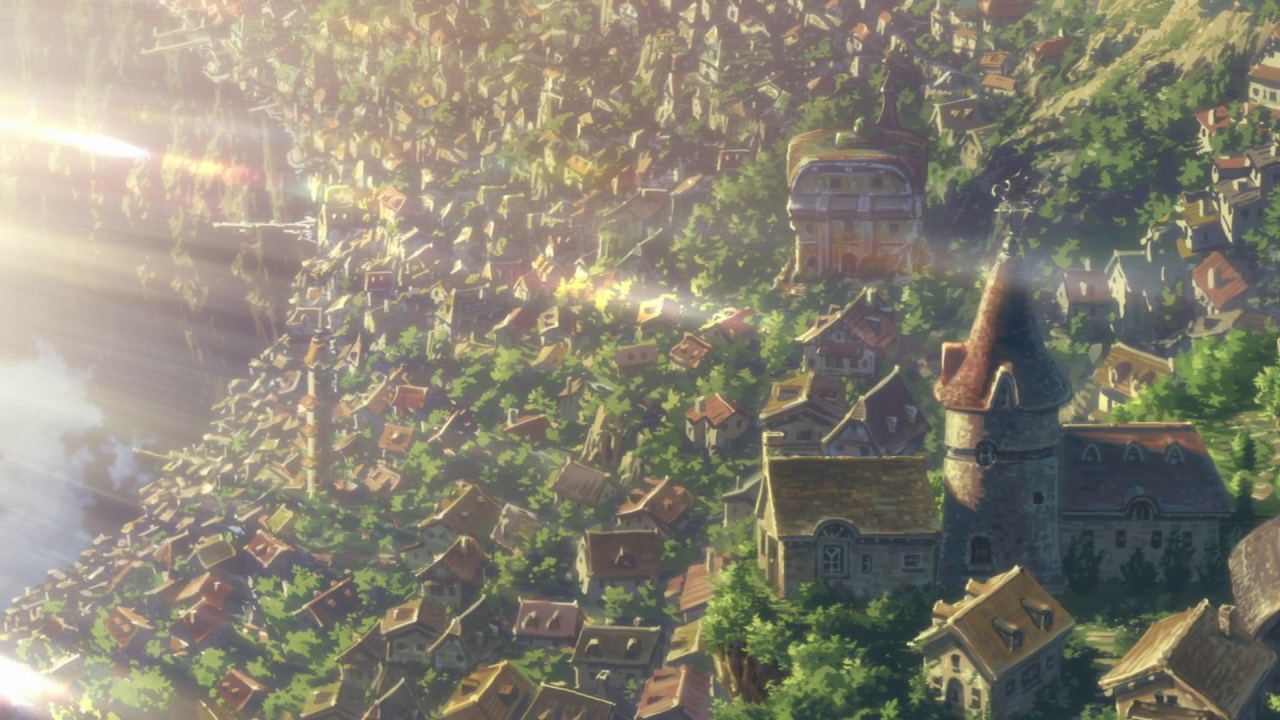 Decided to rewatch this.

Lcs said:
Decided to rewatch this.

I watched it too but when I watched it I really didn't understand it. I just noticed that everything is a little bit connected.
Terms of service:

I do harness the power of the Beast in black.
I do not liable for my bad grammar and spelling.
S

Nimilex said:
I watched it too but when I watched it I really didn't understand it. I just noticed that everything is a little bit connected.
Click to expand...

That's a common problem with those who haven't read the book, and it's the reason for the mixed reviews that the film recieved. It's a long film, with many different plots that all connect at the end, so it's easy to get lost the first time one watches it.

It's potentially a little bit too ambitious, but I still thought it was rather beautiful.

This movie... If you watch it, you'll float too c:

"Every day's life is always a mess, nobody can be perfect unless they pretend to be."​
֍IПFIПIƬYZ֎​
D

I recently started watching the original Saw movies for the first time and I love how interconnected the stories are. I know it's bit morbid but the plot and way the stories are connected is just brilliant!

Thor - Ragnarok.
There's a point where I can see the story/comedy beats from a mile away, or I get the joke, but it isn't funny. Thor 3 is another one of those films and it's a shame when I don't see a need to own a lot of recent Marvel movies because there's no point since I won't feel the same watching it the second time around and only watch just to know what's going on in the "Universe" which they have done little to connect the T.V. and movies together.
Current icon/avatar commissioned to Juden.

Last week I watch "Coco" and its a good movie. The family are shoes maker and there are no music in the house. No radio nothing that is music. The youngest kid want to be a musician like his idol. he go to the cemetery to get the guitar of the idol who he think he is his dad. But he is curse and find himself in the world of the dead and must have the blessing of his ancestor to return to the living. In the world of the dead he discover that they have a world of their own and he try to get to the singer and his adventure start. That movie is super cool and you find out who's is dad is dad what happen to him.

I also just watch the movie "Spectral " His a good sci-fi movie and a bit scary. Peoples, well soldiers fell dead on Easter Europe and the google they have catch something that kinda look like someone whit a cloaking device, but its not and conventional weapons can't kill or slow what ever it is. they look like ghost and they can kill by touching. That movie is a bit creepy but interesting to see and you see at the end what is it, but not sure what happen.

The Last Jedi.
Used story beats of previous films that was apparent and elements of the universe in a different, the fake out moments were minor, but got annoying. It was better than the movie I saw last, but not by a large margin and I wasn't too impressed.
Current icon/avatar commissioned to Juden.

I just watch Justice League and its not bad, but its a imitation of the Avengers. Similar problem in a way. It a good pass time.
B

MrPhox said:
I just watch Justice League and its not bad, but its a imitation of the Avengers. Similar problem in a way. It a good pass time.
Click to expand...

When you see all the superhero film Blu-Rays lined up on a shelf together you notice how they're basically just the same story done over and over again. Both DC and Marvel.

The 2017 version of The Mummy. I hadn't heard anything good about it, but I really enjoyed it. My favorite part was the Prodigium. Such an interesting and slightly disturbing secret agency. I hope to learn much more about them, if any more movies are made for this franchise.
My fursona and other characters

Avid Fan of all Things Fooly and Cooly

For me, I've rewatched both the End of Evangelion and Summer Wars this month.
Both have to be some of my favorite films of all time. :3
S

It was bad, but I was expecting it to be worse.
S

Overall I thought it was pretty good. In particular, I liked the visuals and scenery a lot, such as the salt planet and the chamber of the Supreme Lord. There were a few minor odd parts in the movie which I noticed, but I just attributed those to the genre of the film - science fantasy.

Good, but not great. I really like the idea of it, and I thought it was well made, but I expected more world-building. It's something I hope to see in a potential sequel.
My fursona and other characters
B

Watched the live action version of Beauty and the Beast. Disappointed they didn’t pull a Princess Fiona and leave him in True Love’s True Form or whatever at the end. I thought he was much better looking with the horns and body hair

Guardians of the Galaxy Vol. 2

I think it's slightly less as good as its predecessor, as I felt it has plot points that should have made huge impressions on the characters but only received mild reactions while others felt like they had just the right amount of impact. Seemed a bit unbalanced, and maybe even rushed in some parts. But, overall, a solid popcorn movie.
S

Saw Thor: Dark World and then Thor: Ragnarok, one after the other.

Ragnarok caught me by surprise because the pacing and tone were so much different than in Dark World. Overall I liked the film, but at the same time I thought it was very unusual that so many of the things (trying to avoid spoilers) from the other films in the series became so unimportant all of a sudden. It felt a bit like they were trying to reinvent the series, with all the plot twists and stuff. For the most part I'm not complaining since it's a lot more entertaining, but still, the total disregard Thor has for all the things he seemed to care about in the past films slightly annoyed me.