So, do you like tentacles in furry art, find them disturbing, or take more of a neutral stance?

Me, I recall the first time that I saw them, I was pretty amazed, and found them very...appealing. I had never imagined such a thing.

But then I noted that the whole idea was nothing new, or unique to furries, or even anime, and can be traced to Japan's Edo Period (1602-1868). Most famously is the Example of The Dream of The Fisherman's Wife, dating to 1814. But early Japanese shunga aside, I've always found it a fascinating idea. And proof that it's not only furries, who, shall we say, have vivid imaginations. : P

Please keep any tentacle images to a G-Rated family level : )
Skunky hi-jinx, mischief and more! Visit Skunk Hollow!
Please donate to The Spank-A-Fox Foundation. With your generous contribution, a naughty fox can be spanked today!
​

"Ey, bruh. What's up?"
"Steve, what the hell, dude. Stop putting your tentacles into my mouth! Shit's gross!" 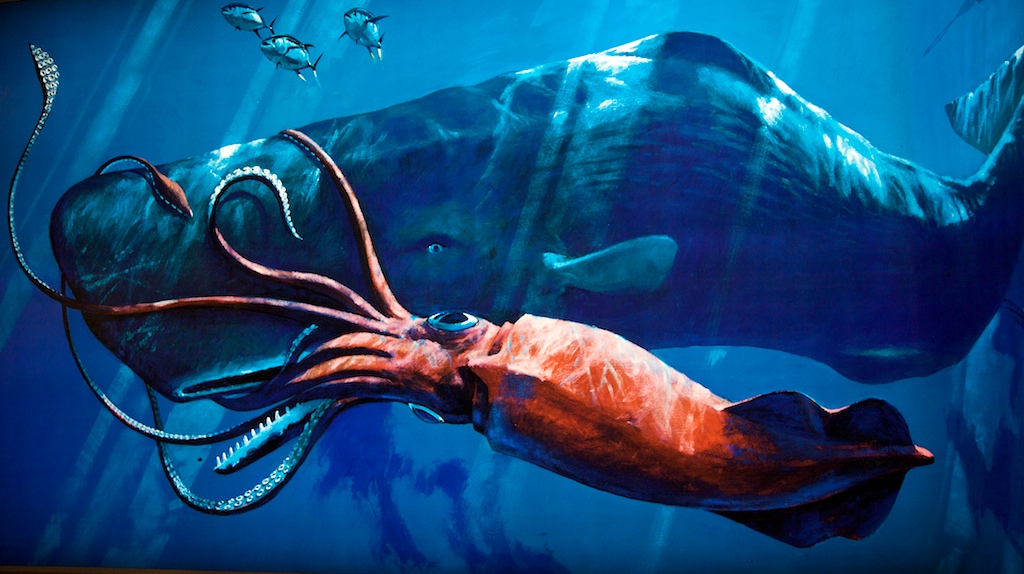 Perosnally I am not interested in tentacles. I'm probably one of the most vanilla people on the forum.
"Deeds, not words." - George Washington

“Discovery is dangerous... but so is life. A man unwilling to take risk is doomed never to learn, never to grow, never to live.” - House Harkonnen
L

I like the Tokyo Ghoul version of it, which is Ken Kaneki and Rize's Kagune.

That's about the peak of my interest.

I'm a fan of tentacles. They're the tastiest part of calamari!
Hey, I write things! Do you like fantasy? Part-1, Part-2, Part-3, Part-4 and now Part-5 of my current writing project are up! Why not give it a read? No, it's not smut. But I can neither confirm nor deny that you might find that on my page as well.
***
"Remember, bravery is just applied stupidity." -Me
"There are few problems NOT solvable with the proper application of high explosives." - Also Me​

But real octopus are fascinating. Tentacle art is ok if it's done right.
But it's mostly not.

I love how the poll is split in two XD
S

I ah, kinda miss read the title of the thread....
G

Nope, don't like it. I don't give a shit who does, just don't force it upon me and we're good

Me trying to understand this thread Interested in joining a discord I help run with my cute husker wife? https://discord.gg/zPdwVk9
B

I'd like to NOPE this thread with a flame thrower please.

Poor cephalopods, now seen as sexual devices in fetish art rather than the often clever and diverse creatures they are.
ᵒ * ✧☆ he/they ☆✧ * ᵒ
- Traditional artist -
PhD in Shitposting
Profile picture by BiscuitMango - THANKS!!!

It's weird but it feels good
This signature is gay​

It's weird but it feels good
Click to expand...

I'm fairly certain it was always the exact selfsame meme. I mean, what else could it be.

I'm honestly far more fascinated by how something like this could have been produced in any 1814 culture, though I suppose nothing's really changed since then, except maybe people forget it's about octopus raping women.

nope, keep your tentacles away from me!

I generally find tentacles boring, unless you can integrate them in a character in some smart way.
Cephalopods are awesome but random tentacles in art is just..bleh.

i like to eat squid. is that the same?
John Samer or Jay'98 is the artist's name. My fursona is Sam Trondash. I also speak for Soubi but they do not represent me. All exist as characters in my personal canon. I am in-character as Sam during conversation. Otherwise I'll post a speaker label like "John:" or "Soubi:" before my text to indicate I'm out-of-character.

Octopus sashimi is delicious. The poll needed that as an option!

Scales42 said:
nope, keep your tentacles away from me!
Click to expand...

But...but...you ARE sort of like a tentacle!
Skunky hi-jinx, mischief and more! Visit Skunk Hollow!
Please donate to The Spank-A-Fox Foundation. With your generous contribution, a naughty fox can be spanked today!
​
S

I'm pretty neutral on it. Tentacle rape, or any rape, is awful. Regular tentacles can be okay if they're attatched to another sentient being, I think. Like a goo anthro, that's preferable.
"Nice! So we got a Batgirl, Sharknado, Jurassic park fursona going on here. XD. Lol" - Zaddict16

definitely did not look at yiff last night.

Meh, not a fan, but I don't find them repulsing either. They can be cool in the right situations, though.

Also, nice tags "yum" lmao
Discovering this fandom has taught me one thing, and one thing only: Turtles CAN fly.

My reason for liking the idea of tentacle sex is the immense "hug" potential: tentacles can curl and coil around every part of your body, enveloping you completely, an embrace far more powerful (and sexy I guess? XD) than any real hug.

(btw, that's also the same reason why I tend to like snake/naga characters too )
My stories (and more) here:
FurAffinity | Weasyl | SoFurry​

Prostapheresys said:
My reason for liking the idea of tentacle sex is the immense "hug" potential: tentacles can curl and coil around every part of your body, enveloping you completely, an embrace far more powerful (and sexy I guess? XD) than any real hug.

(btw, that's also the same reason why I tend to like snake/naga characters too )
Click to expand...

Ah, same here! That also goes along with what I call my 'consensual' tentacle approach: when I have scenarios in mind with them, it's as if they telepathically.magically sense what I want (even in my unconscious), and despite my (nominal) resistance, deliver the goods : P
Skunky hi-jinx, mischief and more! Visit Skunk Hollow!
Please donate to The Spank-A-Fox Foundation. With your generous contribution, a naughty fox can be spanked today!
​
You must log in or register to reply here.
Share:
Facebook Twitter Reddit Pinterest Tumblr WhatsApp Email Share Link
Top