Hey! I'm new to the whole fursona thing, but I've been developing one that is a rat, since I've owned many rats in the past and they're a favorite animal of mine. But, I also like 'urban' animals such as raccoons and the north american possum.

My question is, does anyone here have fursonas based on more urban-dwelling animals? Or do you know any good examples of particularly well-designed ones? How popular would you say they are?

(The tattoo is going to be different, she has lots of impulse-decision bad flash tattoos! ...hm, that brings up another question, tattoos on fursonas with fur...how do they work? What do you think?)

I just wanted to get something out quickly to get an idea of what I wanted her to look like! I'm also having trouble with the front-facing view.

My FA (warning: EXTREMLY nsfw)​
A

Adorable ratsona! While my fursona is a wolf, I do have a beloved opossum OC, and really did consider using him as my sona. I don’t see them being super popular, but they aren’t impossible to find. There are definitely more raccoons than there are opossums, rats, etc. I really do wish I’d see them a bit more often!!

One of my favourite furry artists is a rat girl. See link above.

Some of HER art (as in, not mine in any form whatsoever): I hope these give you inspiration.

Aznig said:
Adorable ratsona! While my fursona is a wolf, I do have a beloved opossum OC, and really did consider using him as my sona. I don’t see them being super popular, but they aren’t impossible to find. There are definitely more raccoons than there are opossums, rats, etc. I really do wish I’d see them a bit more often!!
Click to expand...

I can see why, raccoons are more traditionally 'cute'. Even though anyone who's met one in a dark alley knows how aggressive they can be!

I guess I'd also consider coyotes and cougars/mountain lions borderline, just because of how often they're seen wandering around suburbs around here...wolves not so much.

And there's gators too, if you're Floridian.

I hope these give you inspiration.
Click to expand...

Cool! Inspiring for sure. I'll give her a follow!

I'll do my best to contribute! Just being on this website is giving me a lot of ideas for a whole gang of trashbabies. òwó
My FA (warning: EXTREMLY nsfw)​

My favorites are bats and mice, I might switch from being a bunny to a mouse ^.^

I don't have a trashbaby fursona, but my boyfriend does! A raccoon, in particular. Though raccoons seem to be the most popular of the trashbaby family, they're not as common as I though they'd be. Which kinda sucks! The fandom needs more trashbabs. They're good and they deserve so much more love than they're getting.

You're ratsona is super cute, by the way! I'm already loving her design and I can't wait to see what colors you're going to use!
Alphie | 21+ | trans dude | he/him only | pan and poly af
Current Avi artist​

Long live trashbabies!! Your rat's style is so cool, and that's a really great question about how tattoos work.... at least on rats their hands/wrists are sorta nakey? I haven't seen many sonas with tattoos. I think there's allowed to be a degree of anthro that she could have nakey arms? 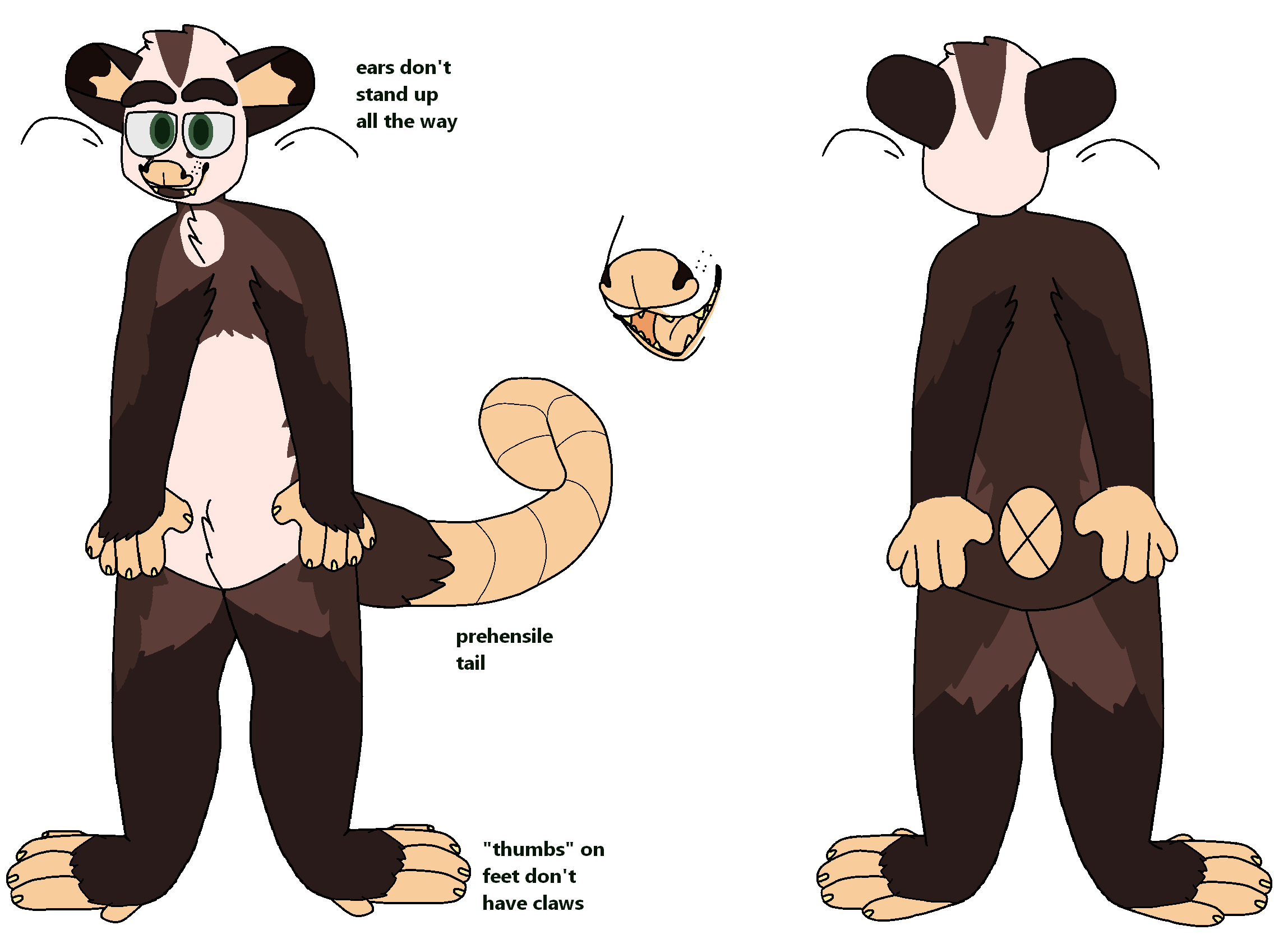 this is my opossum sona,he's not my main sona but I still love him,his name is nick

this is my opossum sona,he's not my main sona but I still love him,his name is nick
Click to expand...

Aw that's just too cute! I'll have to one day get some art done of Simo in his young, poor, runaway era...guess that would count as this kinda fursona?
Skunky hi-jinx, mischief and more! Visit Skunk Hollow today!
​