Greg;2993949 said:
I'm getting shot up by cops while Spotted_Tiger stands there looking cool. Thanks for the help, buddy.
Click to expand...

You would probably only need the shield if you said Attack of the Clones. :V
I haven't seen the series in quite a few years, but I remember quite liking Phantom Menace.
It has Qui Gon Jin!

For my own choice, I would probably say the Matrix sequels. People absolutely despise them, and while I can kind of see that side, I love Reloaded and Revolutions almost as much as the first. It's even better when you watch them as a trilogy, in one sitting.
I like to make music and stuff.
H 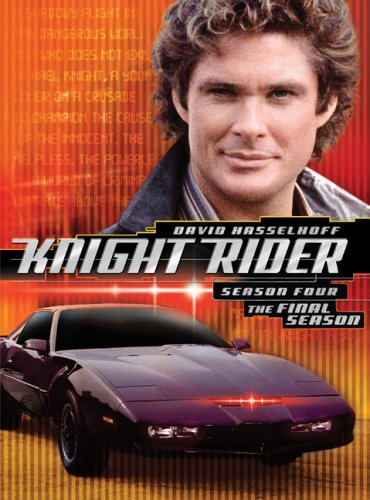 By this time, many considered that the show was getting a little long on the tooth. Even KITT's Super-Pursuit Mode couldn't save the series. Kids that have grown up during the show's time weren't as naive as they used to be, many quick to notice that it was sped-up footage.

The last episode didn't have a "final episode" feel to it. I'm sure they were seriously hoping for a boost in ratings for a 5th season.

But I liked it. Having recently watched all of it, here's why:

-It further drifts away from the whole 'Michael gets the girl' formula
-Bonnie and new-arrival RC3 get more involved
-The very mature (as in a serious life-lesson) and sober (not as funny) episode of moving on after the loss of a loved one
-KITTs convertible mode. And if KITT likes his SPM, then I like it too

FFFFFffff I will destroy your shit
Alien 3 was absolute garbage, especially compared to the first 2. Production was a total clusterfuck, and they ended up releasing something that wasn't even a quarter baked.

Alien Resurrection I did enjoy, though.

Guardian of the Twilight Realm

That game is actually quite good, despite what the critics say.
Don't always trust critics.
Last edited: Nov 4, 2012
My Theme Songs: Calm (Meditation), Strength (Will), Defender (Guardian)
We all see the world in our own way, by our own standards, with our own values, and our own lives, not anyone else's. To compromise in this is to betray yourself. You learn new things, you grow as a person, but you are unique, and must preserve that.
Just so we're clear, my Twilight is the elemental energy that is the midpoint between light and darkness, not that horrible book and movie series.

Yeah, guns and the word damn. Big whoop. It was a good game.

Takun;2770865 said:
You best chance is to do is a project on the difference in rise of various cans of coolwhip on boobs.
Click to expand...

Clayton;2819652 said:
*lines you up and slaps you all in one swipe like Mom from Futurama*
Click to expand...

I agree. There are a lot of things I like about The Room. The basic premise and atmosphere are both very cool.

I'll say some of the latter Megaman X games. Everyone loves Megaman X (with good reason) but I'd posit that X2 and X4 are also pretty decent.
Also Digimon: Xros Wars, while new, doesn't seem to be getting the attention I think it deserves.
[SIGPIC][/SIGPIC]
​

Based on observation, you can tell that the quality of the show has suffered ever since the 3rd season, yet another underrated installment. But I chose this one for discussion because, well, it's this season that Starsky & Hutch series became a parody of their former selves while trying to parodize all things that made the 1970s worth parodying (disco, new-age crap, disco, Nixon, disco, etc. Did I mention disco?). This is probably what the producers of that horrible 2004 movie saw/remember when looking the series up for exploitation.

That's not to say that the season didn't have it's good moments (it marked the return of a decent musical intro, lost in the 3rd), but episode-wise, instead of picking out the select bad ones out of the good, like seasons 1 and 2, now you pick the select good from the bad.

And another thing. Given that the show was at this point so embedded in the 1970s culture to the point of ridiculousness, I was OK for me to accept that the show ended with this final season, at the end of the 1970s, 1979. There's just no way of me to picture the series continuing through the 1980s without a major overhaul, when you could see in the show itself how the world was moving forward by 1979.

Guardian of the Twilight Realm

Yeah, guns and the word damn. Big whoop. It was a good game.
Click to expand...

While there were repetitive bits that I disliked (I'm looking at you Egg Crusher boss), I also found the game to be quite enjoyable.
My Theme Songs: Calm (Meditation), Strength (Will), Defender (Guardian)
We all see the world in our own way, by our own standards, with our own values, and our own lives, not anyone else's. To compromise in this is to betray yourself. You learn new things, you grow as a person, but you are unique, and must preserve that.
Just so we're clear, my Twilight is the elemental energy that is the midpoint between light and darkness, not that horrible book and movie series.

I bet many of you don't know that there was a Rocky V:

It's been a couple of years since I've seen this one, and even then I didn't see it straight from the beginning. It's also rarely run, even on day-long Rocky marathons on Spike TV, either given really late or not at all.
When I first heard of what this movie was about, I was appalled how Rocky and his family ended up in the proverbial pits, all because of trusting the wrong type of people with their money. To see Rocky literally earn his money through much more than blood, sweat and tears only to lose it all because of that was a jarring thought.

But a realistic one that I seldom knew happened frequently in the sports world.

Curious, I watched it as soon as the opportunity came. It was far from perfect (outsourcing the director didn't help), and I know that if I watched it again today, I may be a little colder in my point of view.

What it had going for is the return to a (relatively) darker, grittier atmosphere than Rocky IV, a movie that I've long held high, but recently has been showing cracks in its proverbial armor when the rose-tinted glasses came off.

In the end, Rocky, as battle-damaged as he was due to his insane boxing career, he not only found the strength to win in a non-formulaic fight, but most importantly to move along with what's important in life. That's the message I got.

And if Rocky Balboa is anything to go by, Rocky is cool with it for the most part.
Last edited: Nov 16, 2012

Halo 3: ODST was the worst in the series. It took forever to run around, the story was 'meh', the gameplay was uninspired, the music was ill-fitting, and with the full-game price, totally not worth it. It was like 3 hours of game play stretched out, but full priced, and Fire Fight mode was nothing special. It didn't really contribute to the series, other than financially.

Transformers 2 (ROTF) is underrated, in that people take it as a summer action blockbuster, rather than an absolute joke that it totally is. I found it stupidly amusing, but people hated it.

I think Captain America is underrated as well. People are all about Thor and Iron Man, but the First Avenger always gets left out, or is an afterthought of the Avengers series (it might be because its not as internet-baitable as the other two). I thought the movie had the most compelling and well-acted story out of the three, even with the ridiculous music segments.

I *think* Paranormal Activity 2 was better than the first one, since a lot more went on and it had better elements than the first.
Last edited: Nov 14, 2012
I sold my soul to the devil

Back To The Future III:

Despite there being a follow-up comic-book and animated series, this truly was the end of the series. The movie grew on me and that was not an easy thing, because I was shocked when I witnessed the destruction of the DeLorean (I couldn't really hate it, because aside from that, it was really a very well-made movie).
Helping with the process was watching the behind-the scenes-stuff and what was going on during filming from the DVD extras. Gave me a new perspective not only with this movie but the rest as well.