Digitalpotato said:
Now that I own a WiiU and a PS4... I intend to treat PSN and Wiiverse the way I did PSN on my PS3 and Steam on my PC.

Stuff it into the background and never ever use it. My Steam is offline for that very purpose. If I want to speak to people, I want to speak with them on my terms.
Click to expand...

But Miiverse is great. Where else can you find quality stuff like this?

SirRob said:
But Miiverse is great. Where else can you find quality stuff like this?
Click to expand...

Funny, All I can is really gay shit.
[SIGPIC][/SIGPIC]

I've left some of my games on just so friends think I'm busy playing. As a matter of fact, I usually forget I leave my games on. x:

Gana throw out some heavy hitters here
just my opinion

The new zelda game for the 3ds was pretty good, gave the series a new perspective that the normal 3d Zelda games couldn't so that freshened the series for me, Mario...yeah i agree, smash also but still enjoyable, i think pokemon definitely needs to take a new direction and go into real time combat like in the anime because the turn based pokemon games are seriously getting boring kinda fast, I'm finding it a lot harder to tolerate grinding in RPGs these days now and i blame the crap dark souls series for that....that load of shit is too much of a time waster. AAaaaannnnndddd perfered far cry 3 more.
Bowser? He looks like a cheap movie monster- solid Snake
Who are you calling pinhead?- Pinhead Larry

PFFFFFT , far cry 3 is unquestionably the best game in the entire universe and will stay so for many, many years. (in my opinion anyways).
really hard to not notice i'm a far cry 3 fanboy really.....

but a lot of people said that some mechanics in far cry 2 were stupid. I personaly think they were fantastic and made it an amazing experiece.
Minimal effort dinner party enthusiast club​

In GTA V, if I hit a coyote I then drive myself off A cliff. I'm a canine loving Fur, what can I say.
In portal, I once spent half an hour throwing every prop in the room through the Emancipation grid. I don't even know why...
Feel free to add me on Steam, but PM me here first to let me know who you are. Steam ID is: SparkyWolf

Finally got these babies, time to fap to Garth-like dude
This signature is gay​

Mikazuki Marazhu said:
Finally got these babies, time to fap to Garth-like dude
Click to expand...

Good lord....
Every time a vampire says he doesn't believe in lycanthropes, a werewolf bursts into flames.
S

Alright here we go there's alot here
1. I love consoles see no point in pc (besides mod support) is no advantage, go ahead kill me
2. As a player who grew up with playstation 2 then played xbox then 360 I despise the xone and laugh whenever it stumbles. Hey they took my dead rising dammit!
3. I LOVE to preorder mostly because I live in a small town away from any decent stores iv'e only been burned twice (fable 3 god that game sucked compared to 2, thief 2014, the plot plus forced in cocky girl character just makes me want to cave my skull in with a brick) also I love having things day one mostly.
4. I pre ordered ground zeroes and I don't feel ripped off at all and the fact that the "rape tape" is making people stop liking mgs is stupid all you really hear is her clothes being ripped off
5. I buy big fancy collectors editions, I have the really expensive gta 5 with the box and all that.
6. I have roms of several pokemon games on my laptop since I no longer own a gameboy and don't feel like spending money buying a 3ds just to play the new ones, I really do want to play x and y though.

here's a coupleI've never finished a resedint evil game all the way through, and only finished 1 silent hill completly through (that I can remember)
I STILL haven't beat the main quest line(s?) for Skyrim though I've had it about a year
I rarely kill my sims, but I like to make a lot of gay families when I can
I also like to kill just one of the married sims when I marry them
I still haven't beat bioshock or Bioshock infinite (same amount of time I've had them as skyrim)
I have assassin's creed thre.. and got bored of it quickly
I spend almost 24 hours (sometime that or more) playing games when I don't have to work
and lastly, I had a Level 50 mawile on Pokemon gale ofd darkness, then I made the mistake of letting a friend overwrite my save..... I love mawiles too T~T
owO I only bite if you make me mad Owo

I have a confession

I use cheats
This signature is gay​

Mikazuki Marazhu said:
I have a confession

Mikazuki Marazhu said:
I have a confession

i broke my build of Skyrim again...

Why do i keep doing this? i spend 5 days a week looking forward to my weekend so i can slay me some Daedra and then once my time off starts i go and install a mod that bricks the whole damn thing. Gonna spend a good 8 hours so get it working again. *sigh*

By the Nine, Talos guide me...
Check out my FurAffinity gallery and webcomic!

I troll COD like a faggot. I will crouch in front of snipers so I am in the way, or I throw smoke grenades to obscure their vision. I go into crowded areas filled with teammates, set the controller sensitivity to max, and spin in circles really fast while continuously firing a machine gun.

I am constantly engineering new ways to make my team miserable. Just for the lols.

i used to attend LAN parties at a friend's house who had a hacked XBox. Between local games of Unreal Tournament or Battlefield 1942, we'd get play online matches of Halo with cheats. As much as i hate myself now for doing it, we'd use cheats to see wireframes through walls and invulnerability. As they say, "4 teh lols". Back on PCs, we'd also hop into in-progress matches of BF1942 with hacks and screw with teammates, spawn in out-of-place vehicles and troll around just long enough to fuck up a serious hour-long game and log out.
Check out my FurAffinity gallery and webcomic!

I have no idea how I got here.

In skyrim, I do everything in my power to hunt down Vigilants of Stendar... don't ask why, I just do.

Speaking of skyrim..the first time i got it and was able to marry someone i did marry Farkus and then lied about it to my friends saying it was a joke..even went so far as to "kill" him to keep it up though of course he can't die but he did disappear from the game for some reason so close enough. And to that end i've never married a woman in that game as i find most women in there to be unattractive.
â€œWe are each our own devil, and we make this world our hell.â€ â€• Oscar Wildet. People are like stained - glass windows. They sparkle and shine when the sun is out, but when the darkness sets in, their true beauty is revealed only if there is a light from within. 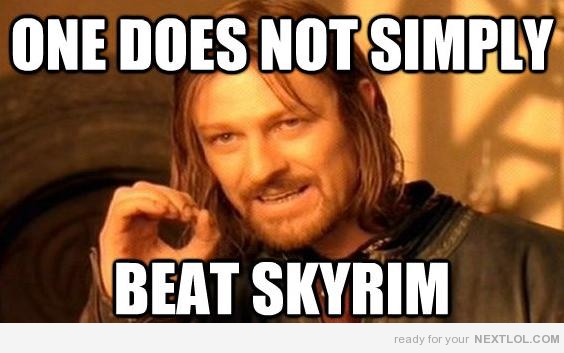 Check out my FurAffinity gallery and webcomic!

" i promise not to shame your kinks but i reserve the right to laugh hysterically. "​
S

I don't like PVP at all with rare exceptions.

I only really like PVE/Co-op games. Tough ones, especially.

Every time I see someone who likes The Legend of Zelda... I can't help but call Link Zelda just to watch their reaction
Sit inside thinking "Head out to bar". Get to bar and think "I wanna go back home"


Kleric said:
You lost both of your hands in a tragic public bathroom incident.
Click to expand...

Powered by Burrito's, Cake and Cider!