Okie then. I like all these ideas about sonas and such. and I never realized that I never publicly showed my sona! So, here's to that.

Abilities: Many, will be named in the bio.

Aliases: The Demonic Vulpine, The Second-in-Command of Darkness, the Phantom Spectre.


Long ago, back in the Underworld, there were times of peril and disaster. This was normal for the times in Heck, but most of the beings there were not doing so well. They were under seige by the Angelic Troops, beings sent in from the Light Army to try and suppress the Underworld once and for all. Satan had risen his armies to battle this retaliation, and after a fierce clash, they both fell. The last surviving demon sent off his only son to prosper in a world of other proportions. This son he sent was Lucifer's son, named Vioko Moonlight, with his official demon name being Ra' Utsvah Lucifer. He was sent through a different dimension in which the Underworld fell, making it to the modern day where he later grew up, his attributes being around what he was surrounded by. He grew up as a fox because when he came into this world, he landed in the forest, being home to many red foxes. Being surrounded by them, eventually growing up and discovering civilization, led to the adopted name of Vioko Moonlight. He had been a demon for years, never really knowing the full extent of his origins. His mother was unknown, and there were hints in his life about his father being the General of the Dark Armies. He had later discovered his demonic powers at the age of 13, and fully mastered them at twenty. At age twenty two, he discovered that he had abilities he still had not tapped into. His powers varied from his forms, of which he found ironically at age 20, 21, and 22. The first form, at age twenty, was his base form. 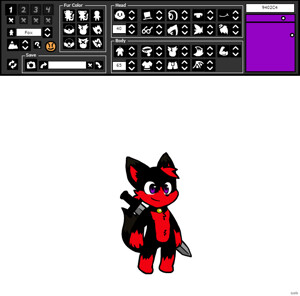 At his base form, he could use some of his abilities, but not all. He uses most melee moves, and seems keen with the elements of fire, Martial Arts, and Kung Fu. Though, he learned demon moves, like Reaper's Toss, which was a powerful toss to the ground, inflicting damage, Scythe Hook, which was a punch that felt, and acted, like a scythe, and Judgement, which was a move where he could do one punch, and it could hold thirty, similar to Akuma's final move, Messatsu. His second form, known in Japanese as Murasaki no Akuma, meaning purple demon, is a phase of extreme abilities, and it takes a lot to even push past the intensive physical ability he has in his base form. This demon form features increased speed, agility, and power, being able to toss cars like building blocks, and juggle full sized six foot men with one finger. His power at that point is devastating, but the demon Bloodfox never takes it too far in battle, merely keeping it easy for others. After his second form's limits are ever pushed, however strong the foe, Vioko would use his last resort, Zetsubo, or No Hope. He calls this form no hope because there is virtually no limit to this power. Vioko is a BloodFox, meaning he has the ability to weaponize blood at will, and either boil the blood of his enemies or use his own to heal wounds. Of course, holy water and other holy things act as a deterrent, but the true end is reminding him that his parents are gone, and that he has nothing. That usually stops him, but try not to overuse it. The Zetsubo is a lethal, out-f-this-world fighting entity that was manifested by Vioko's own rage and fury, converted into a separate personality, forming this. He may be a demon, but there is a mindset stronger than his, acting as a second person. Zetsubo is dangerous, on a cosmic level threat, and in terms of physical fighting capabilities, they are extraordinary. His punches are lightspeed, and most of his moves are highly similar to Autonomous Ultra Instinct, rendering the attacks impossible, unless one happens to be on similar footing. He can dodge very quickly in this state, making him a difficult foe to attack. Yet again, this power is a form higher than his own, making sure that when it ends, it drains him of all fighting force, completely. He would normally require a week's worth of sleep to regain that energy, but while using it, he can dodge inhumanely, strike ten times faster than the average man, and match even the likes of gods, despite being a low-level demon. Abilities while using Zetsubo are:

Fang of the Underworld: A striking kick that could send someone headfirst into the Earth, leaving a large crater in the ground.

Twisted Reality: Sends the opponent into a twisted reality, meant for mind breaking purposes. Only lasts five minutes, but feels like an eternity to the victim.

Saber Slash: A punch that acts as a saber made of reinforced steel, and impact could tear the skin.

Pulverized Judgement: A barrage of a whopping 120 hits, all done in less than five seconds.

Altered Theory: A combination of punches and kicks that are aimed at critical points.

Devastation: A blast that is rumored to wipe plants off the board. That move is a one shot upon impact, no matter the foe. However, this can only be used once, and uses up the use of Zetsubo completely.

Assimilated Universe: The temporary power of Space, Time, Reality, Soul, and Power, all in the elements of mind bending Dark Magic, which Vioko is an Expert in.

Aether Breath: A blast of blue and black flame from the maw that incinerates anything upon contact. Nothing, nor mortal or man, can survive it.

Vioko wields a black katana known as the Mizari no toreiru, or Trail of Misery in Japanese. This Katana was passed down in a demonic swordsman clan called the Black Lotus, and this blade was handed down to Vioko as his rightful heir to the blade. It can cut through almost anything, is more durable than the strongest metal on Earth, and is known to survive blunt impact. This blade was created to not rust, nor get dents or creaks in combat. Legend has it that the victims of the sword has their souls trapped inside, which gives the blade it's unknown power. 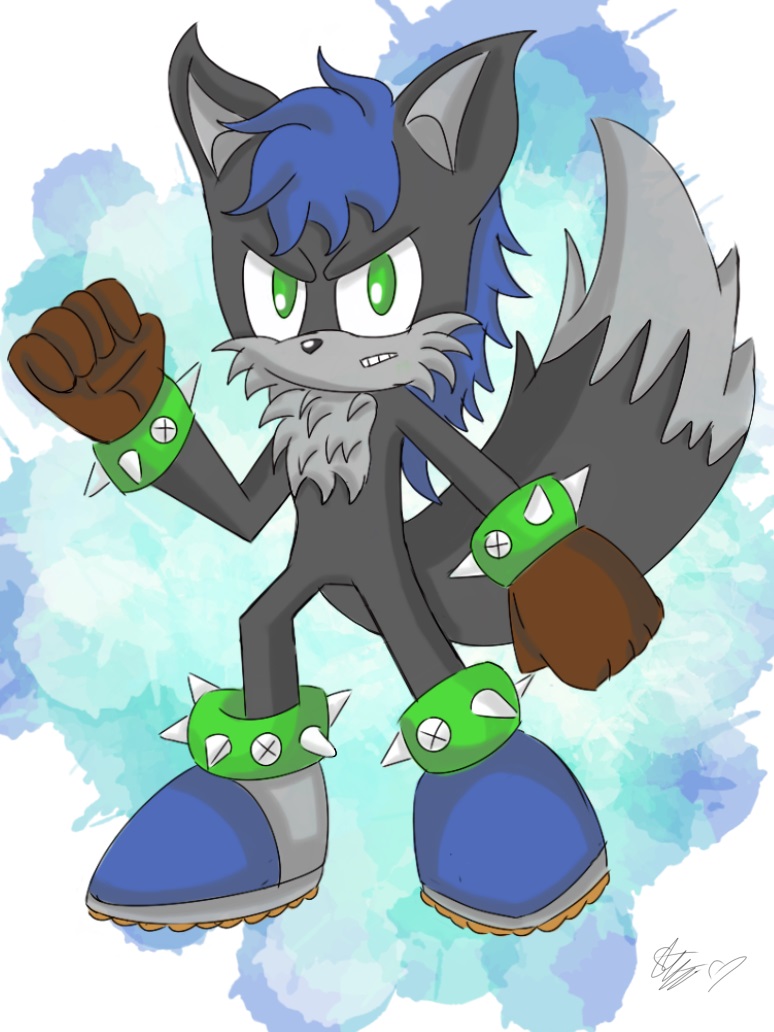