There is a man walking around the wastelands. He is 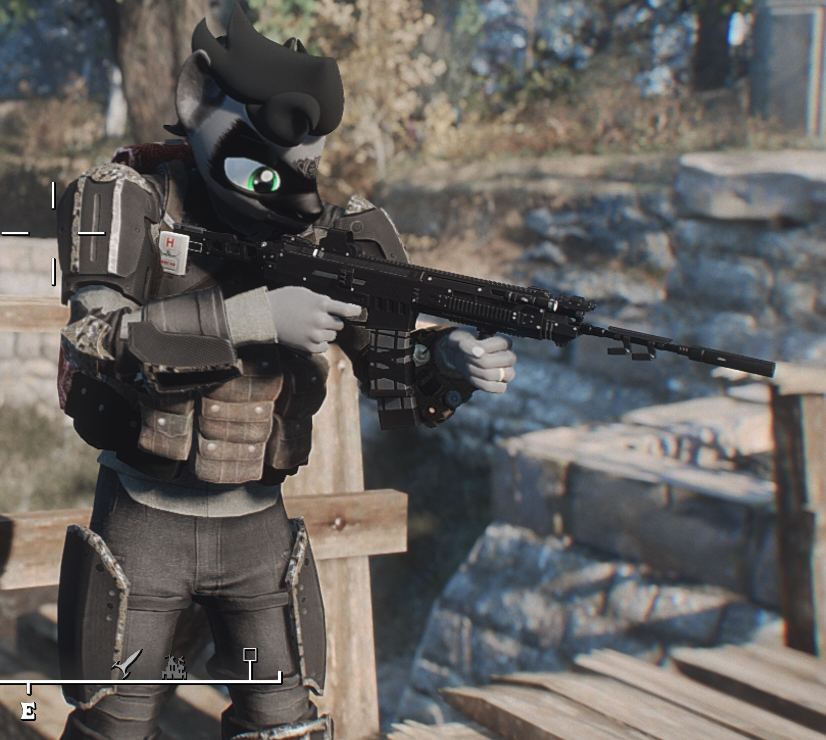 (ignore the pip boy, he obviously wouldnt have one. he might have a "pip-pad" though but thats a whole other story. Made the model in fallout 4 using the character creation screen in some "crimes against nature" mod)

He used to be a soldier, was raised at a compound with strict rules and ideology. They were the remnants of the government that ruled before the great war. They had a great sense of pride for their heritage and wanted nothing else ut to grow strong and once again rise to that greatness.

He however decided one day that he wanted to carve out his own way in the world, that the greatest part of their ancestors accomplishments were because men and women carved out their own way and created great things for themselves and eachother.

He has been wandering for many years now, planning and plotting for when he is going to settle down. For now though he travels the lands, scavenging for pre war candies and sodas, selling them for good money.

Though he never expected that things would change simply by crossing paths with a stranger.

this stranger is you, who are you, and what might happen?

Dm me, and we can discuss a general idea of how to play this out and have fun. Of course, we have to do through eachothers "do's and don't". looking forward to hearing from ya!
Last edited: Jun 17, 2018
T