What are you reading?

Thread is about books/comics/manga you're currently reading! You can include your first impressions, reviews of recently read books, or anything else relevant to current reading!

I just finished Dune by Frank Herbert (my first time reading science fiction! awesome, highly recommended) and I'm going in a completely different direction by reading The Price of Salt by Patricia Highsmith.

The Price of Salt has a very relatable introduction into the hell that is retail work, which is interesting considering it was written in 1937. Along with being interesting to look at historically (department store jobs providing free meals, what a dream) it's a lesbian romance novel. For anyone interested in early LGBT+ literature, it's recommended. It was required reading for a Women's Studies class I never actually went to.
M

Kind of a weird combination at the moment. Mindtouch by M.C.A. Hogarth, Jungle Man by Major P.J. Pretorius, and The Myth of Sysiphus by Camus.

Other than that I binge read through the entirety of Housepets! comics a few weeks ago.
K

Warriors don't cry
Well I haven't STARTED, but I'm supposed to read it for summer reading.

I finished Written on the Body by Jeanette Winterson today. It's about a protagonist with no name or gender falling in love with a married woman. It's....really stark and strange and interesting. It describes love and romance and sex in ways that no other book I've read has. Might be worth a look if you're into weird introspective stuff like that.

I did find it hard to relate to a lot of it though, as I'm not monogamous. Lol.

Recently finished 1491 and am about half-way through 1493. Part of the reason I'm behind on the latter being that I'm also slowly plodding through John Romer's A History of Ancient Egypt series, as well as a copy of Black Flags, Blue Waters (the latter from a library).

Fictional works? I haven't gone through too much of those recently, though I did finally catch up and finish with Dorohedoro.

To comment on most of these:
1491: A pretty solid book, all told. It gets a bit loose with the facts sometimes (specifically, for emphasis it'll occasionally use some of the more generous population numbers or which accounts are given priority), but overall it remains quite scholarly and - if not particularly in-depth - is a decent primer for people whose knowledge of the Americas pre-colonization (North and South America) is "Those two paragraphs in their High School history book".

1493: This one lets the author's personal leans leak through a bit more commonly in a couple of spaces, but overall it's a pretty decent follow-up to 1491. Specifically: While 1491 is predominantly focused on the Americas up until (and shortly after) the attempts at colonization, 1493 discusses the ripple effects said endeavors had on the globe itself (Best get comfortable with the phrase "Columbian Exchange"). Forewarning that I am still in the first half, so I cannot promise the second half holds up just yet.

A History of Ancient Egypt: This series is academically dense as fuck, but if you're a sucker for Ancient Egypt (up to and including pre-Pharaonic times, if you get the first in the series) you can't go wrong with it. ... No, seriously: They're relatively recent publications (and so follow the relative upheaval in the subject within the last generation), are each the size of a decently-sized encyclopedia, and cover a lot of ground both chronologically and in regards to the (modern) study of ancient Egypt. This can make them a bit... droll, at times, but you probably aren't going to pick one of these up at random and try to dig through it because you were struck on a whim to find some quality entertainment.

Black Flags, Blue Waters: This series is generally closer to the sort of writing in 1491 and 1493 than AHoAE. It contains a fair bit of academic information, but is also clearly focused on presenting this information in a manner that catches the reader's interest and leaves them itching to turn to the next page. Since I might as well clarify what it's about: Historic pirates, both the more popular sort of the Caribbean / Atlantic, and those of the Moroccan Sea (see: Barbary Pirates).

Dorohedoro: Forewarning, this series is bloody as hell, and liable to get confusing if you take breaks. That said, the story follows a magic-resistant dude with a lizard head as he tries to figure out who he is. Throughout the process there's a lot of people killed in various gory / body-horror manners, as well as a side cast that is simply amazing (Noi is No.1).
"A small stone may only make a small ripple at first, but someday it will be a wave."

Attaman said:
Dorohedoro: Forewarning, this series is bloody as hell, and liable to get confusing if you take breaks. That said, the story follows a magic-resistant dude with a lizard head as he tries to figure out who he is. Throughout the process there's a lot of people killed in various gory / body-horror manners, as well as a side cast that is simply amazing (Noi is No.1).
Click to expand...

I've read the first few chapters of Dorehedoro and agree, gotta keep on top of it if you want to keep up. It's amazing though, and the art is just superb!! Great recommendation.

I'm debating what to get when I buy a new kindle - I need to finish The Price of Salt after I move, but I also have We Have Always Lived in this Castle, and Shadows Uplifted before I start anything else. Bleh lol.
W

It might sound a bit strange coming from me, but my current manga is Cardcaptor Sakura. Someone recommended it, and it's quite decent. Obviously, my favorite character is Kerberos.

I mostly read an assortment of other things occasionally. SMBC, Made in Abyss, SuperMutant Magic Academy, Nimona, etc.

EDIT: Also something about tea dragons, although I'm waiting for the second book in the series before I read them in full.
Last edited: Jul 6, 2019

I tried really hard to get into this but it really just makes me feel gross when I read it?? There's one specific torture scene in the anime that I saw and I'm like alright I'm done. I love the monster designs, just very jarring to put them right next to super moe young anime girl. >_o

I'd absolutely buy like a bestiary of the monsters in that manga/anime though. So rad.

Currently Reading The Buried by Peter Hessler.
It was way out of my comfort zone and I really like it. Almost done and about to start A Nearly Normal Family by M.T. Edvardsson.

I read most of the Dune books and they’re some of my favorites!!

Catdog said:
I tried really hard to get into this but it really just makes me feel gross when I read it?? There's one specific torture scene in the anime that I saw and I'm like alright I'm done. I love the monster designs, just very jarring to put them right next to super moe young anime girl. >_o
Click to expand...

I totally did not see that coming from the previews.

Actually...
Your thread.
"The past is painful. The present is tough. The future is concerning. Living as if it's fine."
Л

Now I do not read anything, but I used to love to read these books (In school years). 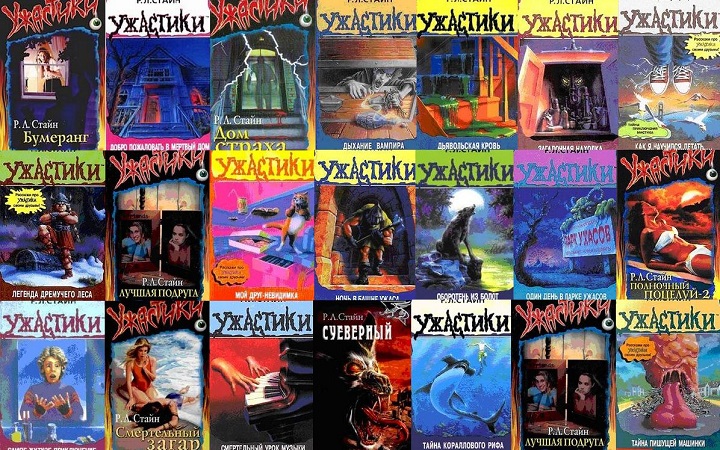 A book @Simo recommended me about a scientist and an incredibly smart parrot that's relationship started out purely for research but slowly grew into a loving bond of companionship.

It's inspiring, educating, and emotional in terms of both sadness and joy. I recommend it for anyone who loves animals and learning about how they think.

Latest books I've been reading come from the Library: Hadrian's Wall by Adrian Goldsworthy (It's about what you'd expect it to be about), and it's to be followed by The Thirty Years War: Europe's Tragedy by Peter H. Wilson (or, at least, started: Whether I'll complete it depends on how well I prioritize time and how well written / aged the late 00's book is). Mostly because I need to catch up on some other aspects of global history outside Egypt and the Middle East region, the Library is short on non-European alternatives, and because "Any world history stuff remains useful for D&D world building fodder".
"A small stone may only make a small ripple at first, but someday it will be a wave."
X

"The Bull from the Sea" by Mary Renault. It's not the kind of book I usually read and I'd even say it's a bit above my comprehension level. It's a mixture of historical fact and Greek mythology. I enjoy the atmosphere and the writing style, though.

I'm rereading the ice wind dale trilogy, and let me tell you, it was rough getting back into it. I don't know what it is about R. A. Salvatore but it's hard to restart one of his books. Overall still enjoyable but the first 3 chapters of book 1 were rough.
Read the paperback, Ebooks lack character. Physical books are more than the words they contain, they are also tools to stimulate your senses and adjust your thinking.

I'm currently reading Kafka On The Shore by Haruki Murakami. I'm intrigued with the story about Nakata looking for a missing cat.
Looking for a good tonneau cover I could use for my truck bed.
W

Trying to read American Nations by Colin Woodard. It's a book that makes the case for an America that is actually divided into 11 cultural regions, and it explores the ramifications of this fact on modern American society.

I'm rereading Pedagogy of the Oppressed because I think I've found a new lens to look at it with.
Also reading through a lot of James Baldwin's works. Never really messed with them much but I'm really enjoying them.
B

Re reading 1984 by George Orwell and I am interested in buying a copy of his book Animal Farm as well.

Holy crap!! I read that in high school!

I am reading a book called "ICEFIRE". Its about terrorist setting off a series of nukes that collapses the Ross Ice Shelf in Antarctica, which creates a giant tsunami that threatens to destroy the entire Pacific Ocean basin. Good read!

If you can lick it, it's probably safe