What does your fursona's name mean?

Also, why did you choose it?

I chose Shenzi because I love TLK. I know it's pretty generic, but I love it and now I know I wouldn't change it for the world.

My other fursona, Audri the lioness, is named after a friend of mine I lost contact with. Audri is also something of a pun, considering my fursona's Mohawk is a blood-red auburn.

Well Short-snout because he has.. well a short snout XD
Confucius say,"man with hand in pocket feel cocky all day!"

That's adorable. Can I call you Short?
​

Lots of reasons, really. I'm a calico, calicos are "mottled" with colors

I'm also obsessed with jesters, and their garb was called "motley".

She is also a combination of my previous fursonas--that time in my life when I had four fursonas that represented different parts of me... I brought that "motley" crew together So Motley is me entirely. That's also why Motley's left ear has black on the tip--all of my previous fursonas either had black fur or had black markings (white tiger).
Too late to apologize--I already SPIT in your food.


Rilvor;725545 said:
HOW MANY LICKS STEPS DOES IT TAKE TO GET TO THE CENTER OF A TOOTSIE POP KILL A MAN
Click to expand...

I take commissions. Check out my FA page.

alchemydragon said:
Chex is my nickname IRL as well as online. I figured it was simple, gender neutral and representative of me. All hail the cereal~!
Click to expand...

*looks up from her bowl of rice Chex*

o______o
Too late to apologize--I already SPIT in your food.


Rilvor;725545 said:
HOW MANY LICKS STEPS DOES IT TAKE TO GET TO THE CENTER OF A TOOTSIE POP KILL A MAN
Click to expand...

mottled.kitten said:
*looks up from her bowl of rice Chex*

I take commissions. Check out my FA page.
P

As far as I can tell, Ahkahna is suppose to mean "Sun Child" or Child of Summer.

I did learn that a variant spelling of Ahkahna, I believe in an African dialect that I can't remember, meant Persistent.
*Little Miss Sunshine*
K

Jonnaius;878097 said:
Everyone wants to go inside him
Click to expand...

I either love you by default, or I hate you. A lot.

Well.....Mine was something that just came to me for some reason. And now its starting to stick outside of the fandom as well cause someone saw me sketching out my name in stencil letters ^_^;

i searched for what it meant it kinda surpised me..

[SIZE=-1]Faust (German for "fist") or Faustus (Latin for "auspicious" or "lucky") is the protagonist of a classic German legend in which he makes a pact with the Devil.[/SIZE]

Silibus is a play on words. It originally came from .Hack//G.U. from the character "Silabus". Changing the "a" to an "i" made it sound like, Silly-bus.
Watching FAF burn.
​

i have a meaning, but have yet to find a word to contain it.

Silibus said:
Silibus is a play on words. It originally came from .Hack//G.U. from the character "Silabus". Changing the "a" to an "i" made it sound like, Silly-bus.
Click to expand...

I take commissions. Check out my FA page.

It's my online name/penname/signiture for my art. Been using it for nearly a decade. It's an inupiaq word, the root of which is my middle name backwards. It seemed to fit at the time, and I'm not changing it anytime soon.
--[sigpic][/sigpic]​
words and water​
easy to pour . impossible to recover​

Thatch;2390375 said:
She is evil. In the true, subtle way. She employs the kind of cruelty you're not aware of until you've already broken into tears, only then realising that everything wasn't just a horrible coincidence, but a truly vile plot concieved by a twisted mind and a black, shriveled soul.

That's why Nylak is closest to what could be a FAF diety :V
Click to expand...

At the time I was into squirrels, that were brown.
Current icon/avatar commissioned to Juden.

Uh, my fursona's full name is Garviel Arkhriam Khandra. He's known as Garvi or just G to his friends.

Garviel was a name I took from a Space Marine character, Garviel Loken, in a Warhammer book I read a little while ago. I picked it because it's an unusual name which sounds kinda cool, but I'm having my doubts about it now... it's a bit of a mouthful, but I don't know what I'd change it to.

Khandra is a corruption of Khandr, which is what my Second Life character was called for the short time that I actually used Second Life before I got bored with it. It has an Arab-sounding vibe to it which I like, even though my fursona's not Arabic.

His middle name is just something I made up and added a couple of weeks ago because I thought that it would be silly to create a detailed character like him and not know his middle name xD. Garviel sounds like a human name even though it's not actually real (Curiously, I did meet someone whose second name was Garvie a little while after I chose this name). My fursona's parents had been living on Earth for years, so Garviel was born and grew up on Earth, even though he's from a completely alien species. His parents thought fit to name him something from our language rather than a Vaalter name of his own species since they basically lived on this planet now, among whatever other furry species populate Earth in place of humans a few hundred years in the future. They're not natives, but the family's become at home with Earth culture and quite frankly they love it here. Now, the last name isn't really an ideal choice but I like it anyway. "Arkhriam" is actually a Vaalter name which reflects his heritage a bit, to give a flavour of what he might be called had he not been given an Earth name.
Last edited: Nov 7, 2008
[SIGPIC][/SIGPIC]​

I played the WoW Trail (NOTE: I did not buy the game.)at about the time I joined. I was going to be Stabbies McGorver to match the WoW name.
The root of that name was watching a zombie run around with a sword and saying the name made you want to hit yourself with a lead pipe.
Stain was a last minute add-on.
Christopher was after my uncle who helped/helps me with my math D:
Michael was after my idol Michael Schumacher
Oh, I started to take furryness seriously a short time ago, so I gave the last name some depth: A shortened version of a last name a mile long.
Hardt van Governor-O'riley.
Last edited: Nov 4, 2008

Nicias, it's from a book somewhere. I just loved the name.
[SIGPIC][/SIGPIC]

It was just something random I thought up one day

My true fursona's name is Ryu Bluewulf. Ryu means" to find one's self "
I am an unkown soldier in an unsung war.Fighting for the cause no one knows.No one wants.

My fursona is named after an enemy from Metroid, the Brizgee: 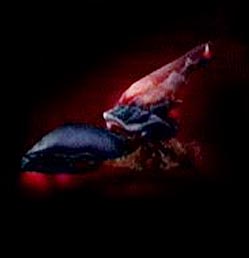 Yeah, it's a snail/crab thing, but the name works for a draconian.
[SIGPIC][/SIGPIC]
Thunder and lightning, very, very frightening!
Galileo!
Galileo!

Inquisitor of the Radical Ordo

My real first name is Richard. Hence King Richard...hence the first part King and I'm a man so Kingman, Alphonso is a ploy of Allen my real middle name, and Highborn, is because I have an aura of nobility, and ties to German Kaisers. So my fursona's full name is Kingman Alphonso Highborn. Then I later found out Kingman is a city in Arizona...O.O...oh well
All hail the King! The King of Kings! Antifa and BLM forever.
You must log in or register to reply here.
Share:
Facebook Twitter Reddit Pinterest Tumblr WhatsApp Email Share Link
Top