Well the yiff is what lead me into the fandom, but what made me a furry.... well you could almost say i was born this way. I have always pretty much been a furry and have had the furry way of thinking, it just wasn't till recently that I learned there was an entire community of people who thought the same way as me. After considering my self a fur for about three months now it feels like I am found people who finally get me, not to mention I have made tons of new friends that I am closer then than people I have known my entire life. God I love being a furry XD.

Never mind, it was actually this guy,

my love of animals, cartoons, and a need to be different. some parts were always there though, when I turned 3 I started to pretend to be different animals and that carried on for many years.
The mind is like a parachute. It doesnâ€™t work unless itâ€™s open.

Well I always wanted to be a dragon sence I was little so What got me in to the fandom was the dam internet... went I got my firts PC I was looking for dragon pictures to put as a desktop when guala... you know what happen and what I what I found.

I grew up watching all the Disney afternoon cartoons like Tale Spin and Rescue Rangers. Then I moved onto watching Pokemon, Digimon and other more recent cartoons in high school. I had stumbled onto yiff at some point (I think Karabiner's pictures of Matt and Garurumon were some of my first exposure) and liked that quite well. Recently one of my friends introduced me to the fandom and a year or so later, here I am.

Me? The root of it all is a single picture I saw years ago. It lead me to fall in love with dragons, which lead me to find out about furries a few years later, and I turned to like furries. About a month ago I found out the artist was a fur too.....It's a perfect circle. ><
I wear explosive reactive armor!!!​
Avi done By: Nylak for me.​
[SIGPIC]http://forums.furaffinity.net/image.php?type=sigpic&userid=9343&dateline=1216617221[/SIGPIC]​

Well I've always liked cartoons and games...Stuff like Robin Hood, Road Rovers, Crash Bandicoot, Teenage Mutant Ninja Turtles, etc, etc, but that was just cause I thought stuff like that was fun and different.

Dun make me buck u in da face!

Chevallier LaChance said:
Is it okay if I say I have no clue Xp
Click to expand...

No dam it! You must have an answer.

Can't remember when I saw him before Crash Bandicoot and Spyro or after.
Last edited: Jul 24, 2008
Current icon/avatar commissioned to Juden.

gaining knowlege about fursuits got me into knowing what the fandom was (i thought the term was for people who make and/or wear animal costumes at the time ....and i am sure lots of people think that is what a furry is....) but i have liked furry stuff all my life
FURSUIT COMMISIONS! info here http://www.beastcub.com/index.htm
FA page http://www.furaffinity.net/user/beastcub/

Accidentally stumbled on to agnph >.>
5 bucks I don't gamble.
R

Found the fandom through a PC Gaming forum, oddly enough. I can just see someone like Jack Thomson going; "See? Games turn people into furries!!!!!"
J

Ever since I was little I always used to have a big interest in animals. I used to draw animals all of the time rather than humans, and even when playing games with my friends I would always want to be the pet or some kind of animal. I'd even refuse to be a human a lot of the time. xP The main thing that got me interested in anthro characters, though, is the Sonic the Hedgehog series. I've been into the series ever since I was seven, but what finally got me drawing anthros and such was Sonic Adventure 2: Battle a few years later. I didn't exactly know what a "furry" was until last year though. xD;

I promise I'll have a festive avatar and signature soon. xP
​

One thing I can tell you for sure is that I have NOT "always been a furry". Had I never found furry, I would never have had any interest in it whatsoever.

I have a very open mind you see, not so much an actual interest in animals although that did develop as a consequence of discovering furry a couple of years ago. There are tons of weird things that I like (like very obscure music genres and some odd literary and film tastes) which is probably why I took a liking to the furry fandom. I pick up interesting things, give them a look and see if they're worth looking into, no matter how obscure or weird they are. This is what happened with furry basically.

Although, having said that I never had an interest in anthropomorphic animals before (or much interest in real animals for that matter) I can say that I certainly do now!

Apart from liking the art and stuff I have occasionally tried to role-play. I'm not much good at it though. I like to play as animal characters in games now as well if I can, and quite often now I wonder about having animal traits/physical features, but in all seriousness I don't wish I was an animal. I think it would be kinda cool to be an anthro, but I don't really wish that I was one.

It's just a bit of fun for me really, not a belief or a lifestyle (at least not yet!). A quirky little interest to suit a mad character, if you will!
[SIGPIC][/SIGPIC]​

Im not really sure what, if anything in particular, "got me into furries". Thinking back on everything I was a furry long before I knew furries existed...I just figured I was weird. Then a few years ago I stumbled on the whole furry thing and realized that yes, I am weird, but theres a whole group of weird people like me.

This is an interesting story for me. My friend got into drawing anthros, although she never really identified as a furry. She drew me as a lizzard person and i instantly fell in love with anthros, so i did a bit more research mostly in google images and that's where i found lots of artwork i loved. I still remember to this day, the 3 tags that came up to most were "Fluke Furry Artist" so one day i decided to type into google these 3 words and lo and behold, all my favorite images poped up. I then tried to find this elusive Fluke creature until i finally found him on FA and i fell in love with his work. He got me into the furry fandom and i am forever in his debt for that. I then began to search for other artists i liked and just to name a few, my favorites are Fluke, Blotch (Screwbald), 2078(Koul Fardreamer), Wagnermutt, Vallhund, and Tsaiwolf. Btw, if you havnt yet, look up Fluke on FA. Amazing artist. i only wish he was more active. He hardly posts anything anymore.
Gerard Way of My Chemical Romance turned me gay. No joke.

TBH it was my boyfriend, he's a furry and he asked if i would try, and i really liked it. Soo, yeah, basic story lol.
L

Hmm... Perhaps my excessive drug use as a younger teen?

Maybe it was Satan
Any research paper or book for free
(Avatar is Maxxy, a character by Mizzyam, RIP)

I've always liked anthros and animals from pretty much every source already listed in this thread. I thought their designs were cool and how awesome it would be to be part animal. That was when I was young. The true catalyst that helped me realize I was a furry was... THE YIFF!!! I eventually realized I was drawn to the yiff for more than just the obvious reasons. I really like the characters, the anthros. Their designs and concepts and the variety. They're all so cute/hot/cool/etc. I did my research, learned more about the subculture and a couple of days later I ended up here. :3

Ricky said:
Maybe it was Satan
Click to expand...

I've got my eyes on you, because I like what I see
I want your hot, artful expression, on my screen

Just hold on, I'm logging on ~Logging on~

**I do a thing of the writing! Comments are a welcoming :3 : www.furaffinity.net: Pillow Talk by Z-Mizz **

easy, skyrim
sometimes when I see furry haters posts, I come to question if the united states education standards are falling to the ground.
L 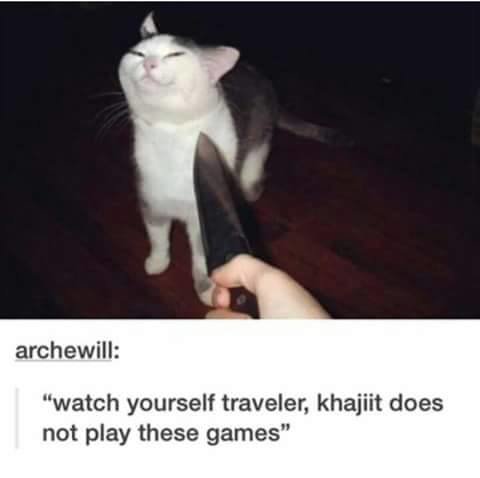 It was an objectively tame art book that I stumbled upon out of the blue: