Persona 4. I just started playing it, even though I kinda watched a play through of it up until Kanji joined the party. I'm in Yukiko's Castle right now.

I've been playing Horizon: Zero Dawn, recently finished The City of the Sun and The Field of the Fallen.

Hoping to complete the story by Tuesday night, I took today off so I have four days to make this happen !
http://psnprofiles.com/KidBoruto89
My Anime List | My Video Game Collection

I got a free copy of Car Mechanic Simulator 2015 on steam. I tried it - interface and controls are rather clunky for my taste but it seems interesting. Overall, it seems pretty good for a simulator.

Various grinds in MH4U. It's too bad Miiverse is over, because I could've snagged some nice screenshots.

We finally got enough G-rank Gore Magala materials to finish the Gore X armor set, except we used up its rarest material (a Mantle) upgrading our Shagaru insect glaive. We've also banged heads with G-rank Teostra (solo) quite a few times by now, most of them ending in record KOs (in some cases, literally within 60 seconds). We have beaten the subquest twice so far, but damn is this cat aggressive.

I've picked Stardew Valley up again and it is taking over my life.
Looking for really cute artwork for reasonable prices?
Then please come visit my shop!
Even simple bumps are helpful and appreciated!
(Temporarily closed)

R6 Siege and Squad mostly. I've had to uninstall Squad just so I could take break.

About to give Shiness: The Lightning Kingdom a shot.

Diablo 2 cause damn its addicting, fun.

Which is one reason I still play MH4U. Actual progress is difficult (since I am in G-rank by now), but it's fun to work on side tasks like crafting new armor sets and upgrading weapons.
H

Race 07, won it on Steamgifts a whopping 6 years ago and never touched the thing. It utterly hates Windows 10, yay

Speaking of MH4U, I'm currently getting blown up by that frenzied Brachydios in G-rank. Over and over and over again.

... Fortunately, the subquest is easy so after the 2nd knockout I can just throw in the towel and leave for home. I at least get rewards for any broken parts...
R

Playing Fallout 4 through again, this time installed mods and just taking my time.

Stratelier said:
Speaking of MH4U, I'm currently getting blown up by that frenzied Brachydios in G-rank. Over and over and over again.

... Fortunately, the subquest is easy so after the 2nd knockout I can just throw in the towel and leave for home. I at least get rewards for any broken parts...
Click to expand...

Play MHgen with me!
This signature is gay​

Mikazuki Marazhu said:
Play MHgen with me!
Click to expand...

Last I played, I was stuck on the final boss (Nakarkos). Did I mention I play Prowler a lot?

Keep in mind, my Prowler cat totally OWNED highrank Seregios, Shagaru, AND the Fated Four just to unlock Nakarkos. Final day of Miiverse, too.
Anyway, latest grind in MH4U we hunted a G-rank Brachydios for materials. (Subquest: cut the tail.) We took it pretty cautious and did get the tail (nearly got carted trying to carve it, however), then put some pretty big hurt on the monster. THEN a frenzied Stygian Zinogre decides to show up (the last Stygian Brachy combo was a major nightmare to complete, and it wasn't even Frenzied), so I dung the Brachydios out of there (I was actually aiming for Stygian, but whatever) and we continue fighting in another room for awhile. Brachy limps off right as Stygian walks in, but I'm able to chase it down for the capture. Got a few Brachy Gems out of it, plus the G-rank tail material so I can upgrade my Brachy insect glaive (though I've hit the next cap until I can face a Raging Brachydios).
Last edited: Apr 18, 2018

I play different genre of games like Sims, Half Life, GTA and Countr strike but my favorite one is Assassins Creed, and love first 3 parts. I moved from Europe to Australia and have to study a lot, to get back on track because the system of education is slightly different, parents even got tutors for me so now they do not allow me to play much, unfortunately.
D

Silver Grapple. Retro game where your only major tool is a grappling hook and you have to escape a large lab after a huge accident.

Also, Aquaria. A metroidvania where you play as a mermaid who can change forms and stuff with magic songs. She goes on an adventure to explore and discover more about the world around her and what her role is in it. 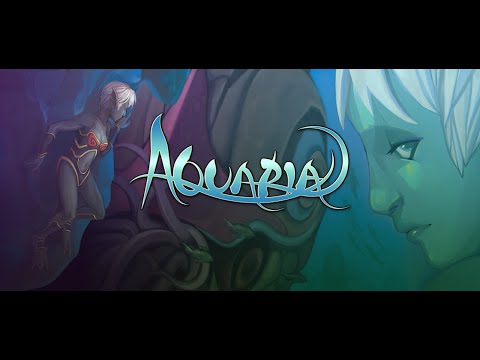 A bit of an old game from somewhere around 2007. Yikes.
Cuphead, but I think you know what that is.
Dark Messiah of Might and Magic Single Player. AKA sir deathboot kicksalot in the land of conveniently placed spike racks! Pretty much a game where not only do you use the environment against enemies and to your advantage, but you can also change what skills you have that you level up.
Streets of Rogue. Even though I've unlocked everything I keep playing it because it's fun as hell.

The music and art-style are excellent, and the game has a pretty good combat system to boot. I'm also a huge sucker for rogue-likes :3

"The Darkest Dungeon" for the Switch.
Skunkle Sam wants YOU!

Batman Arham Knight on PC, Ori and the Blind Forest, and Nier Automata