Been recently playing BattleTech alot, but also MWO and Stories: Paths of Destiny and Omensight recently for an indie fix.

Doing various grinds in MH Generations, mostly in Prowler mode. Our last attempt at the final boss Nakarkos went rather well, actually -- we came maybe 30 seconds short of timing out instead of being defeated. (Yes, you gotta be somewhat crazy to challenge a 10,000-HP elder dragon with just three cats, but I do believe it's doable! Just need to "get good.")

Meanwhile, the same cat can easily take down the average single monster in about 20 minutes. We hunted a few (high-rank) Kirins for Novacrystals (needed to upgrade that Shagaru insect glaive), and also took on a Hyper Kecha Wacha which was more fun than it had any right to be (plus, hitting the Hyper parts of a monster fills the Prowler gauge super fast -- like MHXX-fast, which is part of what made it so fun).

Infrarednexus said:
I'm a die hard Borderlands fan. I play them every morning.
Click to expand...

And after you're done, barbecued Skag bacon and Rakk eggs for breakfast? I finally filled in my DLC for Borderlands: The Pre-Sequel a couple of months ago, and I've got both GOTYs for BL1 and 2, and I've been having a blast on my second Borderlands 1 playthrough. 'The Zombie Island Of Dr. Ned' (BL1 DLC) is one of the most replayable add-ons I've ever come across for a game; love it thoroughly.

As for new games in my Steam library: I finally gave in and got myself the whole Egosoft X3 (Reunion, Albion, Rebirth, Terran War, etc.) Collection in Steam today. I still have the USB uber joystick my brother gave me a few years back, and I plan to have a fair bit of fun. Also got myself Torment: Tides Of Numenera, and the big huge Neverwinter Nights: Enhanced Edition package.

Sometime ago i played (finally) Unreal because it for free on steam and it was time well spend....so well that i actually get through it 2nd time on "Hard" and damn it was fun. From newer games i've been able to finally experience Quake Champions and its a damn good game, but it have one serious issue: a really wonky net code.
A

Mainly destiny and destiny 2, even though there is nothing to do until the next expansion comes out

I'm going to shame myself. I don't have time for video games right now, so... Threes is my current thing.
I take commissions for pixel art headshots: https://forums.furaffinity.net/threads/pixel-art-profile-pictures.1654701/

Check out my work: https://www.furaffinity.net/gallery/marcl/folder/604157/Pixel-art

Banned
Fallout 4. I haven't bothered much with the main quest line (Preston and co. are still in Concord), and outside of the Automatron DLC I've focused more on exploring and building up the first few settlements.

Thus far, I've got a decent hub of activity going on at the Red Rocket just outside of Sanctuary Hills, and Sanctuary is just starting to receive newcomers as well. As soon as I get more concrete, wood, and glass, I'm continuing work on the settlement-to-be at the Starlight Drive-In.

Also, enjoy Jezebel having pathfinding issues as she tries to bulldoze a shed. 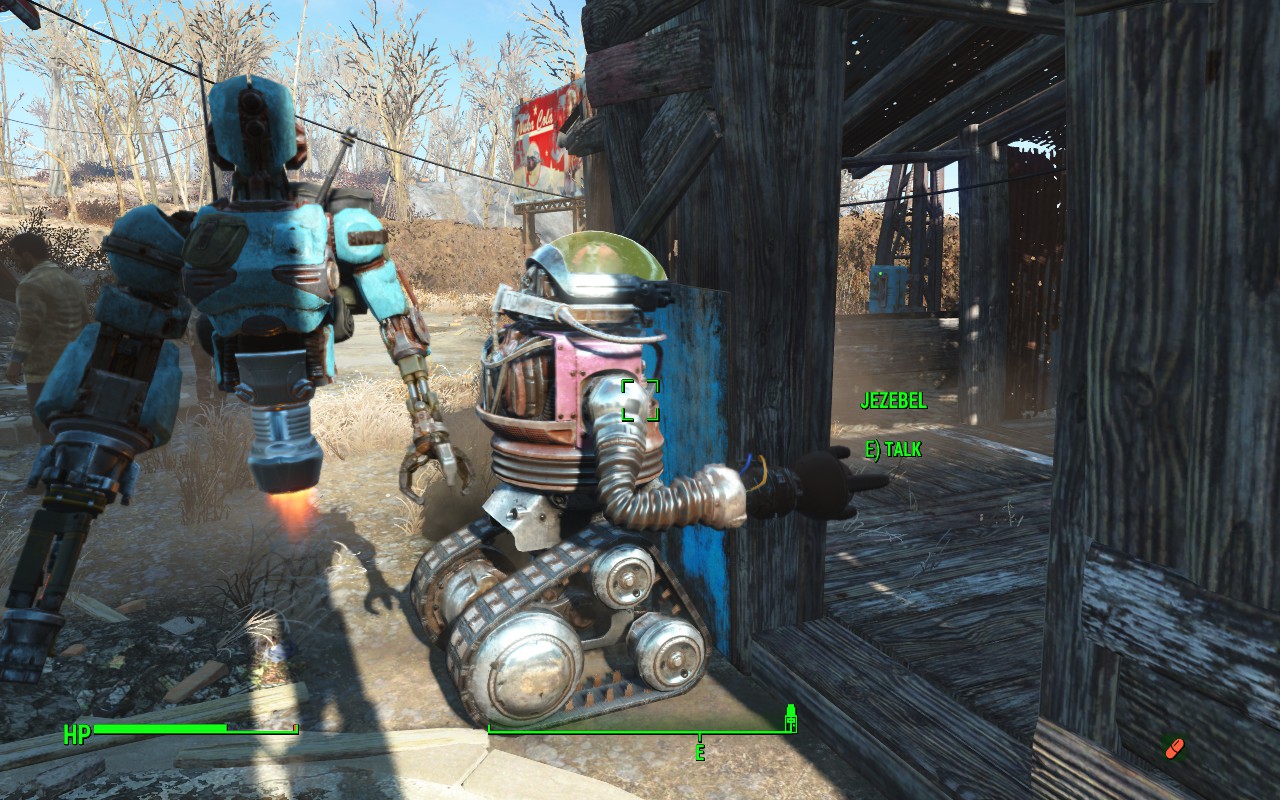 Currently playing descent and breath of the wild. Will have to make time for xenoblade 2 at some point.
My happy discord server closer furries https://discord.gg/F55HQut

Throne of Lies if that counts
http://www.furaffinity.net/user/frankieflora/ I am new please take care of me

Started playing Project Zomboid. It's essentially poor man's DayZ if you have a crappy computer but want to play DayZ badly.

Frig it's so much fun.
Sheep in wolf's clothing.

Been playing Overwatch for two weeks, its fun, it used to be more toxic back a few years ago but now its actually chill. Fun to play with friends.
Change your actions, not yourself.
Userpage of Katalistik -- Fur Affinity [dot] net

katalistik said:
Been playing Overwatch for two weeks, its fun, it used to be more toxic back a few years ago but now its actually chill. Fun to play with friends.
Click to expand...

I wonder if the advent of Fortnite had a hand in that....

Great addon so far.
Gas on the fire, watch it explode.

Right now I'm playing fallout 4, assassin's creed origins, gems of war, and occasionally sea of thieves. Kinda dropped out of overwatch and fortnite, but do go back to them from time to time.
http://www.xboxgamertag.com/search/weeklytunic010/

Rigor Sardonicus;1533116 said:
A word of advice to any other girl here: Don't. Even with butter on the outside, the crumbs will itch like hell by the time you get home.
Click to expand...

Nylak;1610294 said:
Yeah, personally I like em shorter; sometimes the long ones are just too much fluff and not enough substance.
Click to expand...

Unfortunately, my graphics card (a GTX 770 I've had for nearly four years) is nearing the end of its life, evidenced by the fact it screen-freezes after a few minutes of anything remotely intensive. I was lucky enough to get through Metro 2033 Redux recently, but anything more than that can screen-freeze without warning. (And the game still goes on - I can tell from the sound.)

Until I upgrade (which is in the next few weeks - I'm not waiting for 1180s to come out), I'm basically stuck with things like The Binding of Isaac: Rebirth, though I'm thinking of picking up the Descent series as that shouldn't be so old as to leave my card in crippling pain.
Last edited: Jul 21, 2018
Is it really hoarding if you're not at the top tiers of resources?
X

Oblivion... I'm derping my way through it. 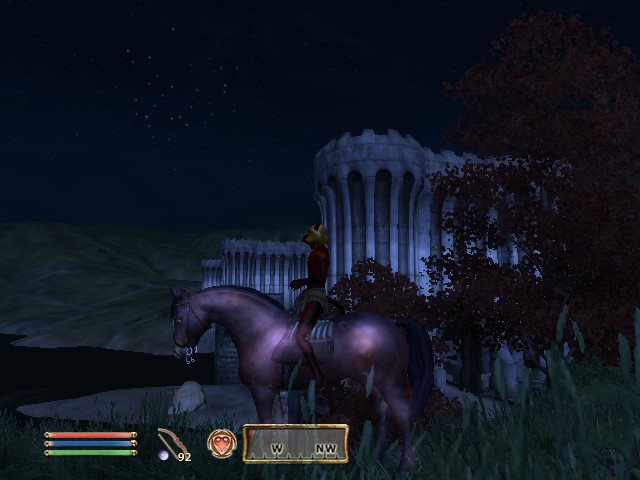 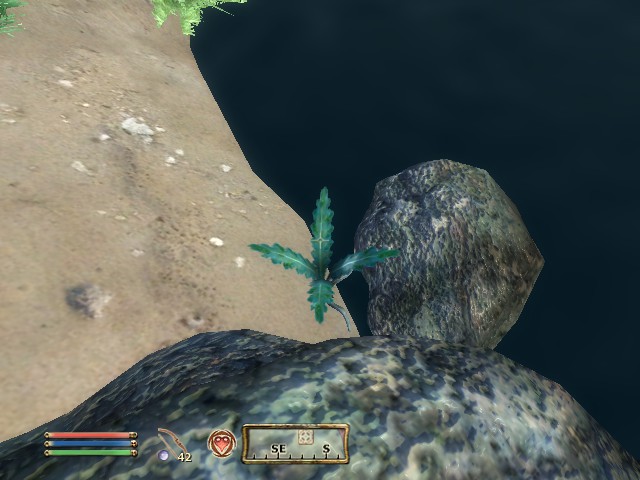 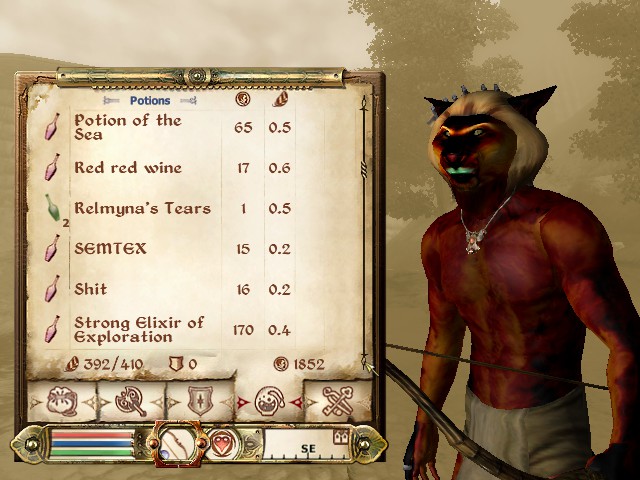 I like to make potions and give them stupid names.

Fallout 4 (ps4). Just tweaking my raider outposts now I've finished getting my settlements up to speed and turned them vassals.
I can't think of anything more satisfying than telling Preston I'd bury him if he crossed me..... yet he still tries to send me off to sort out settlements ¬¬

Preston: "You evil monster! whatever blah blah blah, I'll never forgive you Waaaa! Waaaaa!....
....by the way there's another settlement that needs your help...General..."

It may seem old, but I am playing Fallout 3 goty edition on PS3.
I

minecraft because i can
I like modding the game

The best part about being a werewolf is the fluff.
Goodbye FAF
​
K