Currently playing a lot the early access game of Gloomhaven, I do own both the physical copy and digital version of this tabletop adaptation.
Other titles I'm running at the moment would probably be Serious Sam, both the second encounter and SS3 with the BFE Enhanced mod. Brilliant one I might add. Probably one of my favourite series, though I'm by far no expert, just enjoying some retro FPS shooters now and then. So yes I have played Doom, Duke Nukem, and even a few new ones, but I'm basically getting sidetracked again.
Last but not least, have been playing a lot Battle Chasers Nightwar and Wolcen: Lords of Mayhem though I'm keeping it to offline character at the moment due to its current mess upon release. Gameplay though is brilliant.

I'm a retro gamer for the most part. Working my way through my NES backlog, currently on Kid Icarus.

3 MORE WEEKS UNTIL I CAN PUNCH DEMON HEADS INTO THEIR CHEST CAVITIES.
F

Arrrrrrk. New Genesis DLC dropped last night and I love it. It's very difficult, but I just can't get over how pretty it is. My fav map previously was Aberration (which not many people would agree on, ha) but Genesis might take the cake if it hasn't already. The only biome I'm kinda meh on is the ocean one, but I know that's likely because I have not explored the actual ocean part yet, I've only seen the very disappointing surface areas while traveling around on a raft. I want to build a legit boat, build on a turtle, and go for a dive. More than that, I want to build somewhere in the lunar area. And tame some new snowy saber cats. And all the new critters.

So much to do, so little time!
Avatar art by Kostino. Full commission can be seen here.

been playing lots of minecraft for some reason lol
The best part about being a werewolf is the fluff.
Goodbye FAF
​

Okay, so in Pokemon Ultra Sun my team got wiped against the Fairy Totem. I wasn't expecting the totem to start with all stats at +2! Or to start buffing Sp.Atk even further with Quiver Dance. Now I need to develop a few team members specifically to counter this ... Thunder Wave for starters, then I swap in my Red Oricorio (male) because Dancer nullifies Quiver Dance. Add in some confusion and Sp.Atk debuffs ... I think I got it.

Meanwhile, last night in Pokemon Sword I had one of the worst raid attempts imaginable....

It was a 5-star Ribombee, and 5-star raids definitely require help from other players. The only other player to join signed on with a Farfetch'd -- a Galarian Farfetch'd, mind you. And I can't imagine how he should react when opening up his combat menu to see "Not very effective" written across his ENTIRE moveset.

Let's just say it was difficult NOT to make my Corviknight attack HIM instead of the raid boss. My bird was literally the only Pokemon still standing by just turn 3.
It wasn't all bad, though. Kanto starters (Bulbasaur, Squirtle) and Mewtwo seem to be the current raid event. For some reason, though, it won't let me catch Mewtwo (not that it mattered, we got defeated quite handily). It literally said "you won't be able to catch this Pokemon. Is this okay?" when I tried to join.

Lexiand said:
been playing lots of minecraft for some reason lol
Click to expand... No more heroes 2
It's Toon Time

Lots of HoI4 multiplayer. Really fun kicking the shit out of the Axis for historical and certain-kinds-of-people-tend-to-play-them reasons. 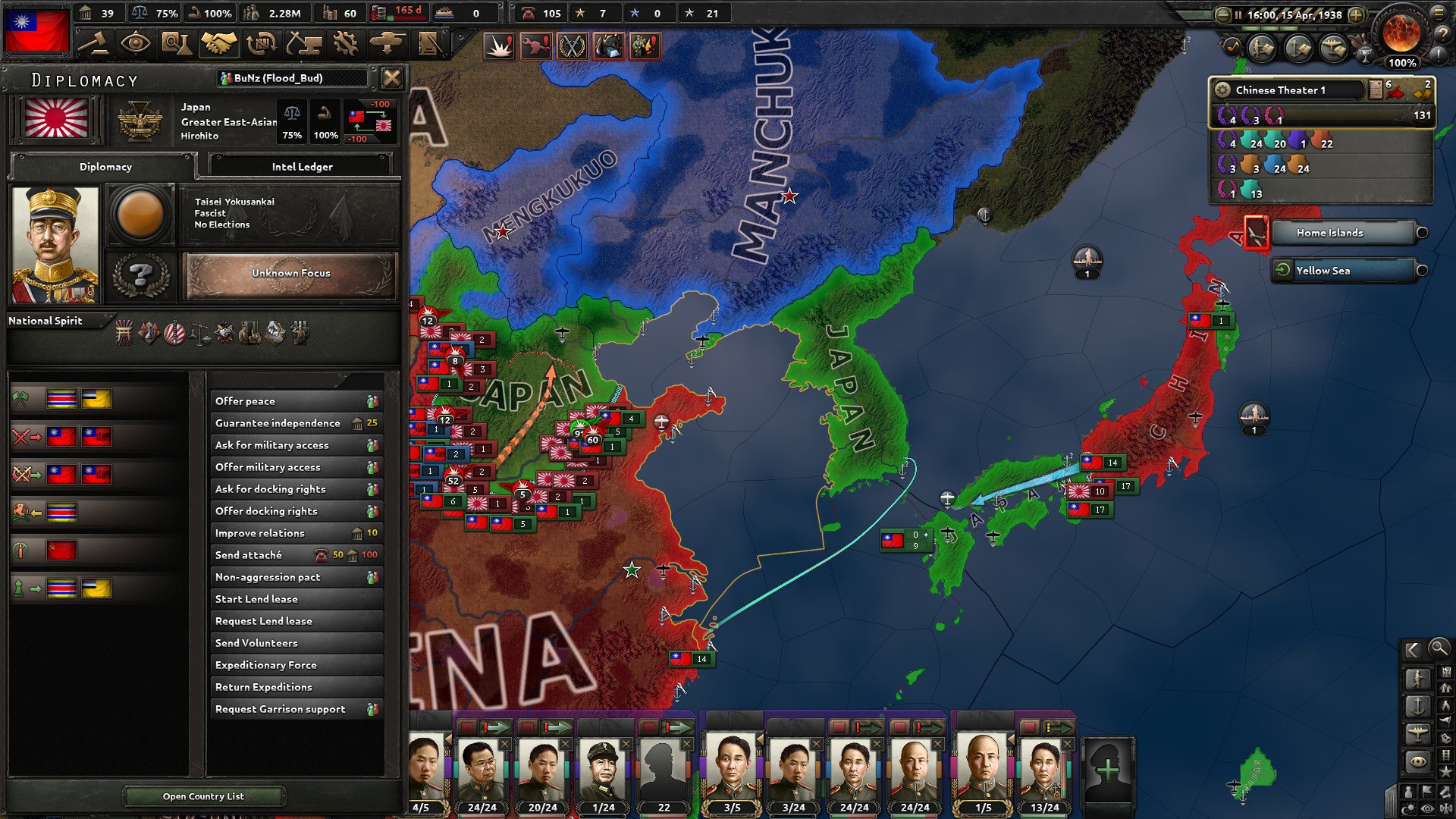 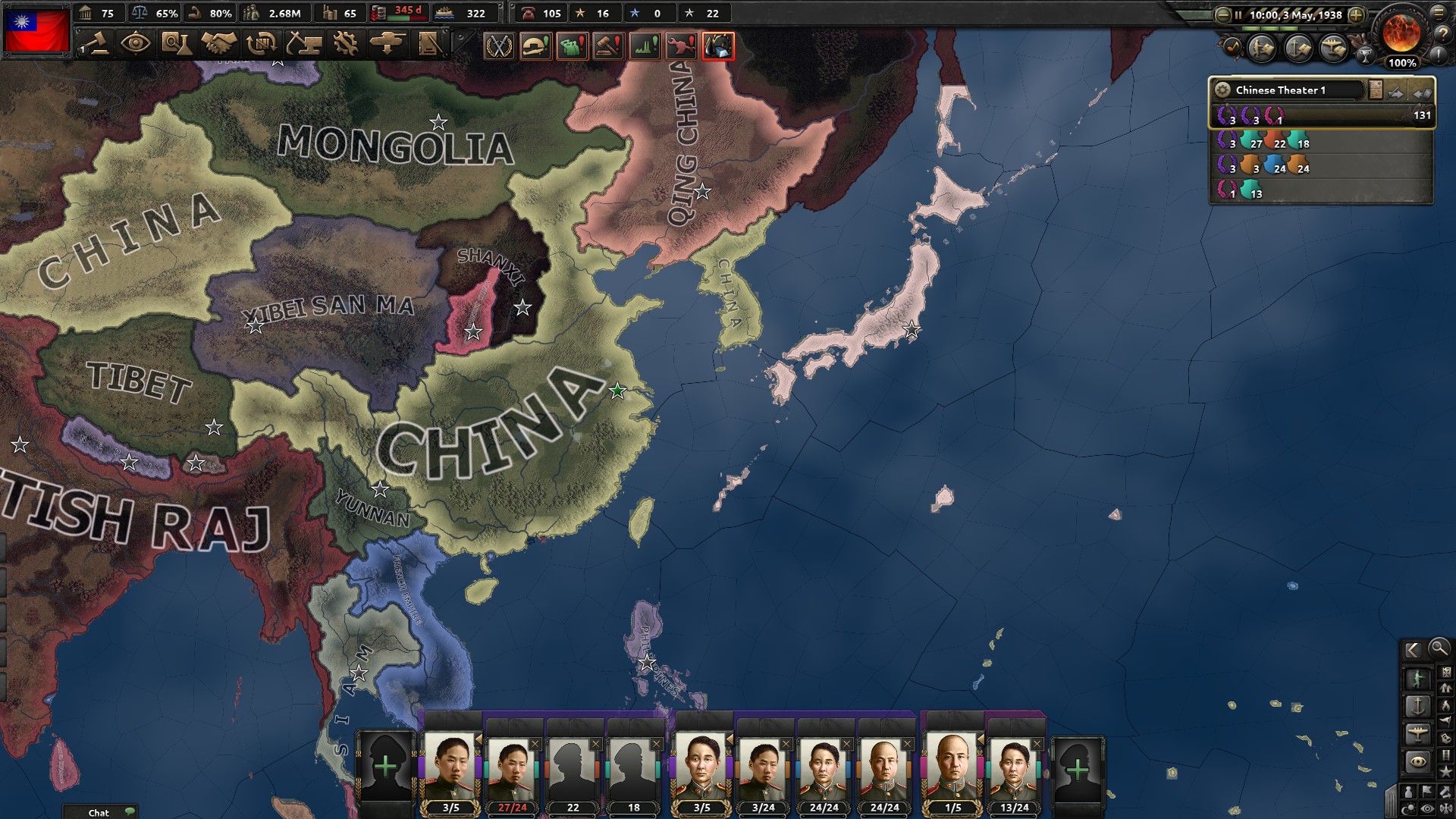 Years of China multiplayer and Japan players still let me do naval meme. Literally only country I play because of this.

Been playing through the new Darksiders on the Switch.

I love it. The game has some bugs here and there but nothing that ruins the entire experience. I've enjoyed the series ever since I played Darksiders II on the Wii U. The series feels like a hidden gem because NOT ENOUGH PEOPLE PLAY IT. I lead off with my Thunder Wave Lanturn and paralyzed the Totem on turn 1, which has been key to my strategy in several battles lately. Apparently the Totem has Shield Dust which means the only debuffs I can apply are through status moves directly (attacks with secondary debuffs won't work here).
The totem's first ally is a Drizzle Pelipper. Luckily for me, the Totem lost its next turn to paralysis, allowing Lanturn to get a clean Volt Switch off the Pelipper to bring in the Red Oricorio I had specifically been training for this task. Water+Flying is 4x weak to Electric moves and even a Stockpile (+1 buff to defenses) couldn't save it from getting one-shot.
This Oricorio is actually a male (the species has a distribution of 75% females) which gives me an advantage because the Totem is female and so is its second ally (Blissey), so Captivate (which only works on the opposite gender) allows me to debuff its Sp.Atk at will. Furthermore, Oricorio's signature ability makes it copy any "dance" move it sees, so any time the Totem uses Quiver Dance (+1 buff to Sp.Atk, Sp.Def, and Speed, and the bane of my first attempt) my Pokemon copies the buff too.
Did I mention it was raining? During my training I swapped out Air Slash for Hurricane, which is 50% stronger but less accurate -- but never misses during rain. That was a super solid hit on the Totem, but actually not enough for a one-shot (its Sp.Def is still +2 stages above my Sp.Atk).
The totem's Blissey has a support build with Light Screen and Heal Pulse, so it has the Totem fully healed in two turns while I wear it down (Blissey is an infamous Sp.Def wall). The rain has stopped by now, but the Totem is still losing a turn or two to the paralysis, and its actual attacks (Bug Buzz and Dazzling Gleam) can't even scratch this bird (especially since I can just heal it off with Roost).
Eventually the Totem goes down. Indeed, THIS is the battle I trained this bird for.
Next up is the Grand Trial battle against Hapu. My bird's moveset will be considerably less useful here, but I'm certain I can still ply its rarer gender to some advantage against Hapu's team of females. Salazzle of course will have to stay out, but Lanturn and my Decidueye should be able to mop up the rest easily. Naturally, the only real danger is the general overlap between Ground and Rock types (not unlike the overlap between Ice and Water).
Last edited: Mar 1, 2020 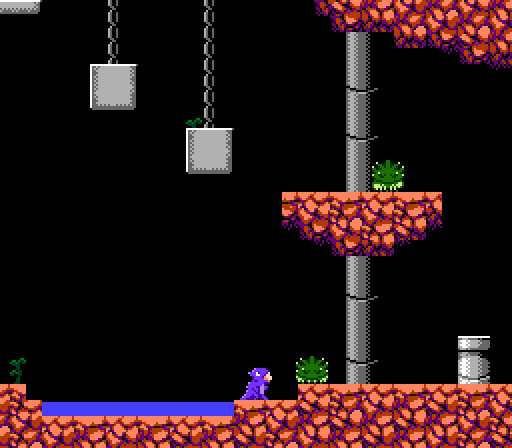 It's kind of a weird exploratory platformer, almost Metroidvania style but not quite?

I've gotten Doom 4 on saturday and finished it the next day. I was a bit skeptical at first, but I gotta say, I'm hooked. It's not perfect, (jesus christ after all these years it is still buggy as hell, it's somewhere in-between a normal game and trying to run a winxp game on modern pc's, also imo soundtrack needs to stop being so bipolar by going from metal to electronic constantly in the battle theme's) but all around I'd give it a 7.5/10. idk if Doom Eternal is going to be as good, as Bethesda is really good at being Bethesda sometimes, but it does look pretty good.

At the minute, I am playing a lot of Crusader Kings 2. I love playing as a count and scheming and killing my way to the throne. I do enjoy the almost Little Finger/Varys level of scheming.

I recently played a game as the count (later duke) of Suffolk, built up my duchy, by marrying the daughters of nearby nobles and then murdering all their sons. I formed an alliance with the Duke of York and overthrew the king (with permission from the pope, because the king was no longer catholic) and installed myself as King. Now I had the throne, I didn't need the Duke of York as an ally anymore and started revoking his counties and awarding them to my sons, nephews and cousins who did not have any titles.

Tokyo Afterschool Summoners. Curating a team of hasubandos and waifus with features I like and who aren't jailbait has been fun. My current lineup is Ziz, Ose, Hakumen, and Hati.
The needs of the many outweigh the needs of the few, or the one.

The game about the movie that subliminally made me a furry I hate most girly games like I hate Barbie Dolls... here's a list of my current games...
Miitopia
GTA5
Mario Kart 7
Skyrim
The Sims 4
Luigi's Mansion Dark Moon
Super Mario World (2D)
Animal Crossing New Leaf...
and I might have forgotten a few

I'm currently playing Black Mesa (Half-Life remake) because it just hit its 1.0 release. It's an amazing recreation of the original with some great new music.
*sqwaaking into the void*
F

In Monster Hunter 4 Ultimate, finally took down that Raging Brachydios (G-rank postgame monster). Needed several tries -- the first one was a clear abandon after we took a few one-shots learning how NOT to fight this variant. He's big and slow, but hit a glowing part and it'll explode for easily 100 damage, and Raging Brachy's strongest (but most-telegraphed) attacks will almost certaily one-shot you. Second try we bailed after making the subquest. Third try we pressed on but failed, however I did recognize that two of the carts were definitely my fault for trying to sharpen my weapon on the field (getting hit as a direct result). Plus the chip damage from constantly blocking attacks was costing me a fortune in healing items. So I switched armor sets and tried again (Heat Res for immunity to lava damage, Speed Sharpening, and Guard+2 which nullified chip damage from everything but the strongest attacks), and won easily, even getting all breaks (including the tail) in the process.

The dance still lasted 30 minutes (this was solo) but man, we did it.

...Unfortunately we mostly only got regular Brachy loot (very little of the unique Raging Brachy parts) so I am definitely going to have to farm him a bit more before I can do anything useful, but I think I'll call in some other players to speed that up.