How to Train Your Dragon 2, not as good as the first one. My friends told me afterwards that there was a TV show about it, had no idea.
Have a question about sports, just ask. I play fantasy sports (baseball, football) and follow almost all of the major sports.

"A mistake is only a mistake if you let it be that way."
Credit goes to IsabellaPrice for the Avatar/Profile Pic

How to Train Your Dragon 2 -
4/5.​
Current icon/avatar commissioned to Juden.

I was pretty pissed at the end of How to train your dragon 1, I've read the books and he does not loose his leg; I felt betrayed.

The last movie I went and saw was Maleficent, it was pretty enjoyable, although they did try to pull things that pissed me off and some things didn't really make sense, like how some people just don't age even though like 20 years pass during the movie.
​
V

How To Train Your Dragon 2.

I watched "the signal" yesterday.

The story was lacking but the cinematography was absolutely beautiful. The shots were some of the best I've seen in film.

ALL the Police Academy sequels, as well as chunks from the first one. They're great, because even if they got more and more child-friendly (not that there's anything wrong with that), they pay homage to the first one and each subsequent sequel does the same with the previous one. 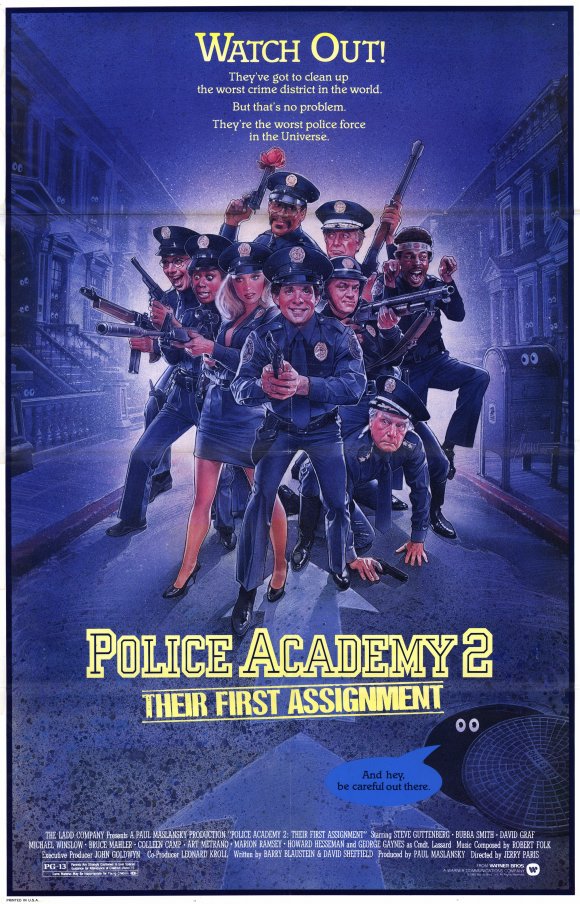 This movie made the character Tackleberry my favorite, as it made him more relatable.

Police Academy 3: Back In Training 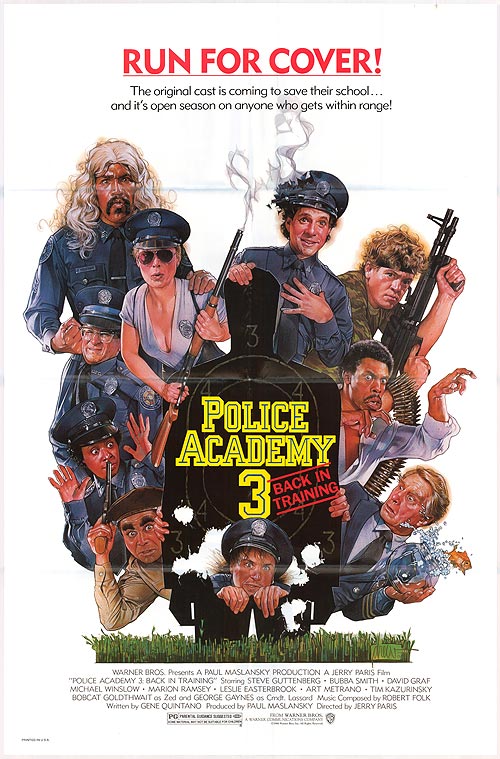 Leave it to Police Academy to take last movie's villain and "reform" him into a cop. I loved that the Japanese guy had a crush on Leslie Easterbrook's blonde mega-babe character, Callahan.

Loving the skateboard and vintage Nike sneaker action. I've never seen David Spade so young! I can't believe that Zed became a romantic interest. But the air-chase was great, even if they goofed and showed the professional pilot in the shot on an otherwhise pilot-less plane.
By now, we roughly have the characters that will appear in the animated series. Comm. Lassard's movie. Man was he great! Shame Mahoney (Steve Guttenberg) wasn't in it. The water chase was great. At the very least, it showed great 80s Miami beach scenes (that is, if they actually filmed there). 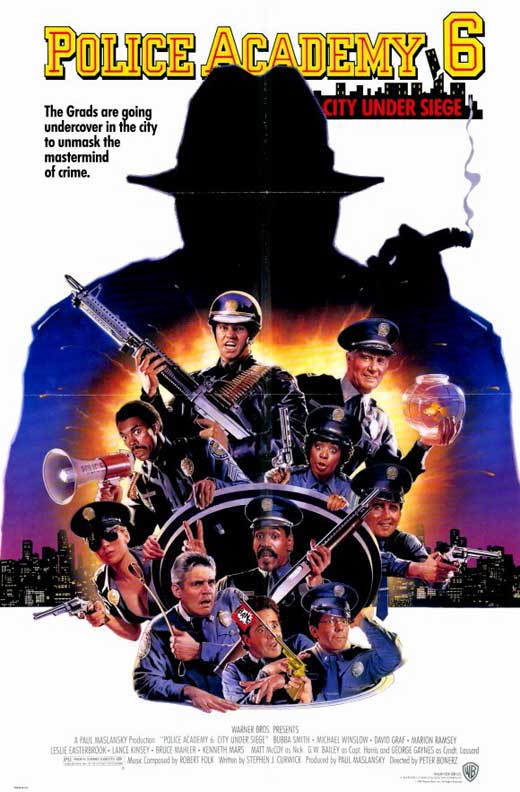 The best of the post-Guttenberg sequels. Good to see Fackler back.

Let's put it this way: I'm surprised the Cold War didn't restart because of this movie. And the cast of the previous movies have basically been halved. It's a shame too, because I was interested in this one. Bad music, slow-moving, underwhelming villain, horrible stereotyping, even some of the comedy was ridiculous by Police Academy standards! Part of the problem with it was that it's just that they waited too long to make it. LionelKC said:
I was pretty pissed at the end of How to train your dragon 1, I've read the books and he does not loose his leg; I felt betrayed.
Click to expand...

Wait, you mean to tell me that a movie did not follow the book word for word?! *GASPS* The humanity! That never happens!!

You're complaining about the one thing that I thought was the ballsiest move DreamWorks have made for an animated feature that I commend them for. You'll get used to it, anyways. ^^ Was curious about this one. Well, nobody has to describe it to me now.
The blonde's heavy-petting session was hot.Joe Pesci was awesome.

How many of you forgot this movie? Did you dismiss it because it didn't have a Pixar logo on it or because of Miley Cyrus/John Travolta?
I keep forgetting how awesome Rhino is! He has the greatest lines in the movie.
I realized now why it was as good as it is. John Lasseter worked in it.

Yes, the film has two titles. I don't know which is best.

I was very surprised to find this while scrolling through the channels. Thought I had to track it on the web with sub-par quality.
Mix in Jurassic Park's genetics theory, vintage Jonny Quest and a little bit of Star Wars and you sort of get what this movie is about. Great voice acting, amazing animation, there's even a little character growth and life lesson in here!
Found it way better and more enjoyable than Jonny's Golden Quest.

Game of Your Life: 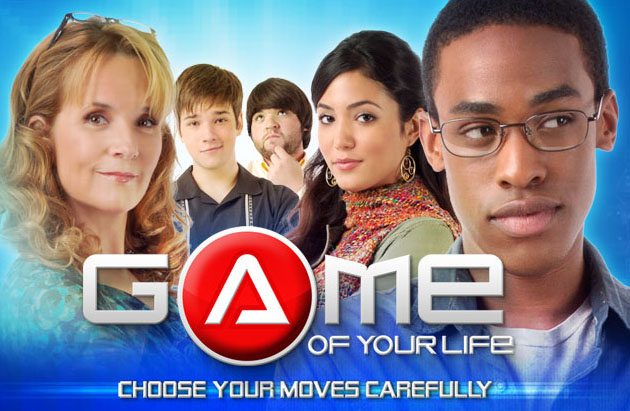 Kid gets accepted in a prestigious tech university. The heat is on as he tries to do a huge videogame-based team project as well as breaking the rules (outside consultation for videogame making companies) for extra dough to help out his Pops back home. If he doesn't make the right choice, he will lose either his past (as his home) or his future (as his future).
Surpisingly good. It has real videogame references as well as made-up ones. 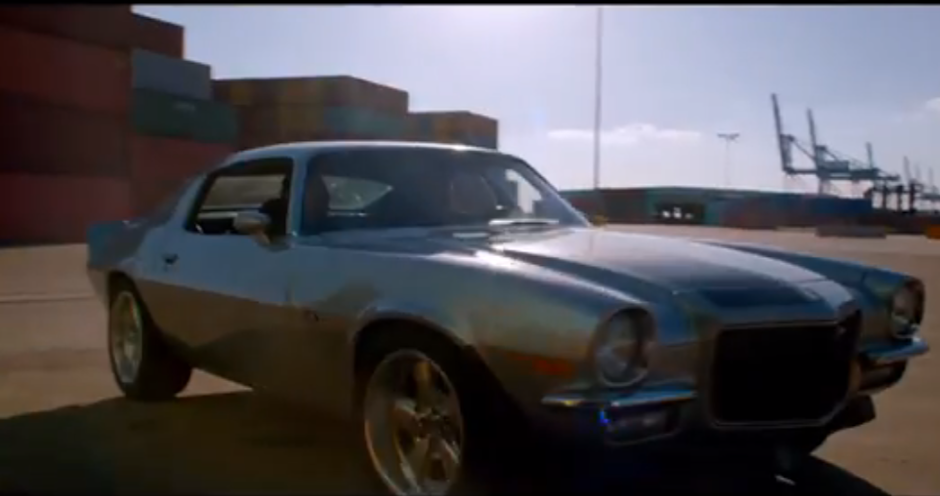 Watched it because my cousin invited me and I wanted to do something different.
First reaction. SO. MUCH. CUSSING! Seriously, for an R-rated flick, the amount of cussing vs the amount of gratuitous nudity (which is about zero) shown is highly dispared. Not even Tatum takes off his shirt. Even Police Academy showed more 30 years ago!
Oh, and the Camaro bites it within the first 10 minutes. That's why I put a pic of it above. RIP.
It's one of those movie that both annoys you and entertains you in a certain way. I have to admit, I enjoyed it more than what I thought I would (*hangs head in shame*).
All the beach scenes were filmed in my country (the cast and crew had to battle bi-polar weather).

Well, I went to see Transformers 4 and How to Train Your Dragon 2. My god, they need to take the Transformers franchise away from Bay! I'm almost scared to see the Teenage Mutant Ninja Turtles movie when it comes out. Seconded.
I watched the heck out of that movie back then.
I believe it's one of the most entertaining movie adaptations of the "Treasure Island" story, and I've seen a few.

Probably the most TV-PG Clint Eastwood movie I've seen to date. It started out well, even with its cheesiness, but the ending is, well, it's different, to say the least.
The soundtrack was impressive, though. La Populaire. It has a strange plot and a French delivery.

Harbinger;4800934 said:
Your inner furfagness has leveled up, you can now catch animal diseases.
Click to expand...

Pentagon Wars.
It was brilliant.

Indiana Jones and the Raiders of the Lost Ark. Probably my second favorite of the series.
:: [Furaffinity] :: [Twitter] ::​
P

I am always watching...

Watching these three in a row was an epicness overload. Probably one of the better Girls-genre of movies. A lot of good lines, and as someone from a cool Northerneastern city I could identify with it well . Also has a pretty good message that should be recognized more in our modern times. 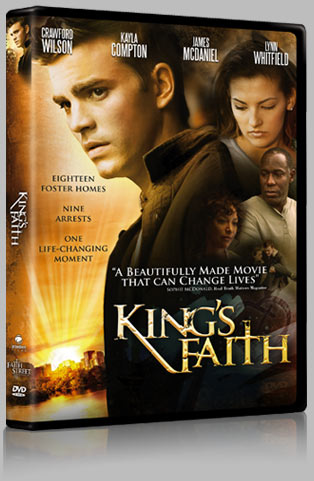 A really good and well-made Christian movie. My favorite part was the way they executed the ending. Didn't see it coming!

Tucker and Dale vs. Evil.