The Lego movie (cuz F*** you that's why!!!)
Artificial Intelligence is no match for Natural Stupidity.

Harold and Maude. One of my favorite movies, and one I think everyone should see. It will make you think differently about things, and although it ends on a bittersweet note you'll feel happy for days afterwards. Also my favorite Manic Pixie Dream Girl. Oh, and amazing soundtrack by Cat Stevens. All around should be on everyone's watch list. 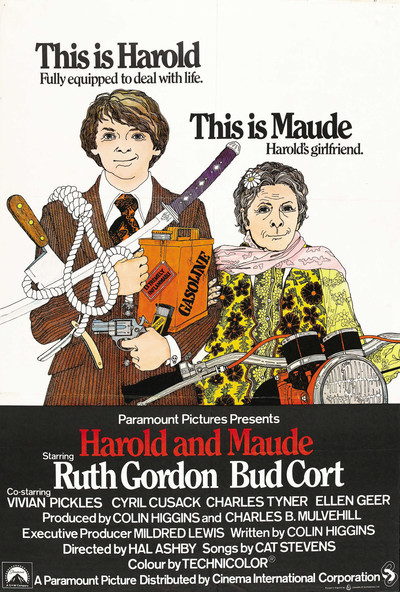 Stranger then Fiction My love had never seen it.
Yes, Man Fun little comedy that she hadn't seen either.
Follow me to the land of Tumblr!

Think it was Akira, actually.


Rickan said:
Tucker and Dale vs. Evil.
Click to expand...

Finally saw Up!
It's been a while since I've watched anything from Pixar.
I like to make music and stuff.

You know those weird Anime OVAs from the 1990s that had kind of crappy stilted dialogue and weird plots, but the concept was so cool it pulled you through even though you kind of hated it? That's Snowpiercer. It's either the worst movie of the year, or one of the best.

Pirates of the Caribbean, on Stranger Tides.
I love pirates.

PastryOfApathy;3747757 said:
I leave for 15 minutes to get some food and suddenly everyone's talking about shoving coke cans up their asses
Click to expand...

Pain & Gain. Michael Bay actually makes an awesome movie! All the Bay-isms work to as an ironic counterpoint rather than just being annoying. Liked it a lot.

The Hunter. Its was ok I guess. It peaked my interest in Thylacines.

Tenchi Muyo in Love:
The one on the left. The title's misleading here. It has nothing to do with Tenchi's love life, but rather his parents'. And the villain was crazy on so many levels! A being that can twist dimensions and time? That alone makes you want to see how the heck does this rag-tag bunch deal with that!
Such a shame that anthropic characters get wiped out.

Tenchi Muyo in Love 2 - Distant Memories (aka Tenchi Forever!):
The one on the right. Now this one has something to do with Tenchi's love life. Plus we learn more about his grandfather. It's basically a romantic movie of sorts, not much action or comedy when compared to the first one. DEFINITELY more explicit. The animation's superior, though.

Gravity. It wasn't bad. I didn't gush over it though. I have to admit, the tracking shots and scenes of the Earth were beautiful.

The Agony and the Ecstasy: 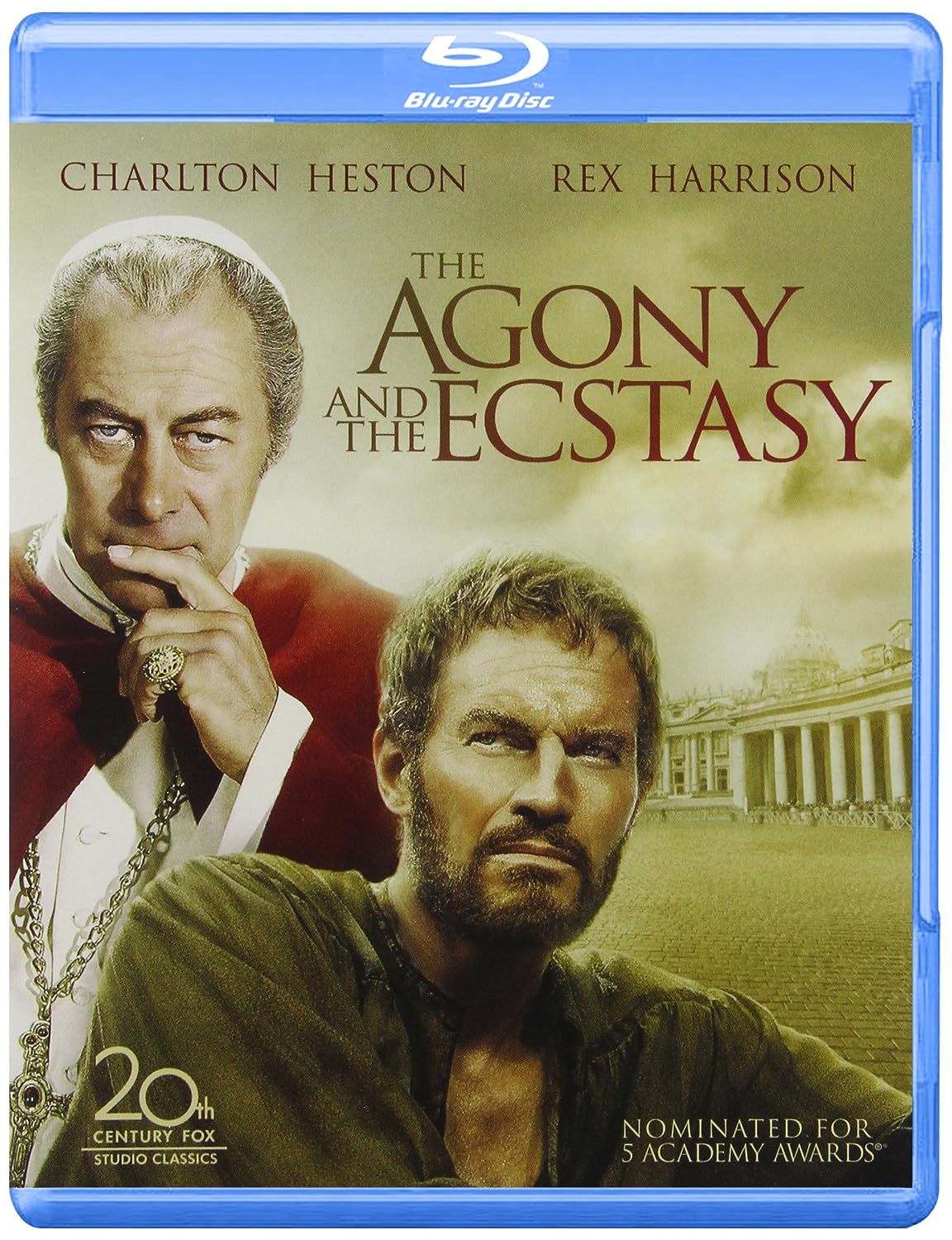 I knew this one was gonna be good, but man the scenery! The feels!!
Those who have an appreciation for the arts should watch this film.
If you don't have a clue who Michelangelo (the artist, not the turtle) is, you'd be hard-pressed to find a better starting point. They even give a brief biography on him before the movie actually begins.
Another good reason: Charlton mother-loving Heston!!

I've seriously underestimated this movie. It wasn't as predictable as the commercials made it seem to be.
The CGI and animatronics are top-notch. The odd father-son relationship, the writing, the robots' designs, the ending, all were pleasant surprises. The kid's name should be right along Jackman's.
It even has the appearance of my favorite Cadillac concept cars, the Sixteen and Cien. The only thing I maybe would change was dating a movie a couple of years later of the 2020 set date.

I accepted a cousin's movie invitation with skepticism -having not seen one single commercial, one single movie trailer, one single print review, just so I could break the routine.

Ended up getting my mind-blown.

There will be some familiar elements to those who take either their action or sci-fi movies seriously. 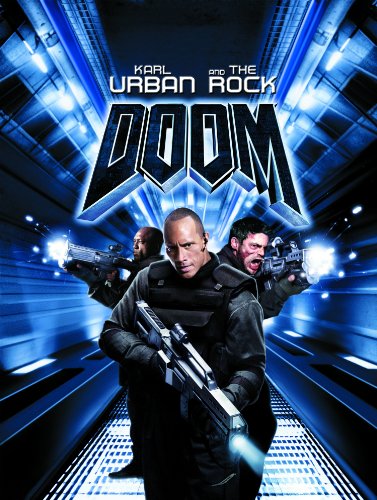 Doom - 3/5
Fiance and I have been on a Dwayne Johnson movie kick recently, and this was the last one we saw. It was happy coincidence too that Deobia Oparei is in this and I am now interested in him because he was just announced to be in the next season of Game of Thrones. Kinda cheesy even after all these years, but we both agreed that Karl Urban was the best guy to cast who can pull off Doomguy's >:C face accurately. XD

Man this page alone reminded me of a few things I need to see.. Real Steel, Lucy, Snowpiercer. Who's pumped for Guardians of the Galaxy?
Last edited: Jul 31, 2014
I AM NO LONGER A MOD, PLEASE DO NOT MESSAGE ME ABOUT THREAD APPROVALS​

YEAH, IT WAS AWESOME. Definitely gonna go see it again.
I AM NO LONGER A MOD, PLEASE DO NOT MESSAGE ME ABOUT THREAD APPROVALS​

The Raid 2 : wow. This movie managed to physically drain me. Maybe it's because I haven't seen a lot of asian-style action movies, but the finale was just... Wowing. This movie is so gross. But it's amazing, and I love it.

RedLeFrench said:
The Raid 2 : wow. This movie managed to physically drain me. Maybe it's because I haven't seen a lot of asian-style action movies, but the finale was just... Wowing.
Click to expand...

Theres news of a Raid 3 coming out.

Being a Calvin and Hobbes fanatic since I was a gromit, when I saw this on netflix I literally squeed.

the movie was so fucking predictable and boring it had nothing new... No idea how it had such a high score.
There's words and chet here
​

The Nine Lives of Fritz the Cat.

Eggdodger said:
The Nine Lives of Fritz the Cat.

Oh my god I watched that with my husband one night, that shit got weird. What's weirder is that there's a second movie made. Like, someone actually decided that the first was so good it warranted a sequel.

Batty Krueger said:
Theres news of a Raid 3 coming out.
Click to expand...

Yeah ^^ I was looking on the main japanese actor's IMDB to check if my suspicion was right (he did play a role in the 4th Yakuza game) and saw a third installment mentionned. I kinda hope we see what happens to the main character, even for 5 seconds and that they can either do as good as this episode or crank the madness to 9001.
You must log in or register to reply here.
Share:
Facebook Twitter Reddit Pinterest Tumblr WhatsApp Email Share Link
Top