Rewatching this film makes you realize how bad Pixar dropped the ball with the sequel.

For some reason, I never bothered watching this movie when it came out on video. So I recorded it when they gave it on TV (one of those so-called premium channels).
This is as much a kid movie as any superhero movie is a family-friendly film (they're not). I truly believe this movie missed the PG-13 rating by the skin of its teeth.
Then again, it's a Don Bluth film (that took me by surprise). Of course it's gonna have something that's going to rub the wrong way.
Aside that, it was pretty good. Not as predictable as it felt it was gonna be. There are great quotes, and some beautiful sequences.
The soundtrack must have a cult-following (as well as the underscore). It's definitely a product of its time, but the movie wears it well.

No Country For Old Men

The Scarlet and The Black: 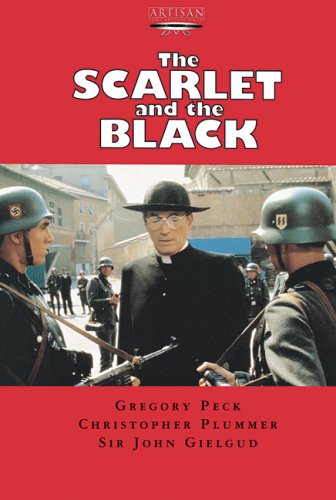 Gregory Peck is the boss. The character he portrayed, a Monsignor that helped myriads of people -mostly POWs- escape Nazi-occupied Italy, is also the boss. The guy had a chip on his shoulder when talking about Brits, he knew how to throw a punch and aggravated the guy in charge of the SS in Italy right in front of him.
For a long movie, it doesn't let up.

I watched Mary Poppins for the first time in a decade.

Age of ultron was pretty good.

Avengers: Age of Ultron. It was pretty good. The action was all over the place at times and made it a little hard to follow. I was actually happy with Ultron's look. I didn't like what they did with Vision tho. Something about him just seemed off to me. I wasn't a big fan of how he looked or acted. The German poster's cool.
I've seen this title thrown around when vampire movies are concerned, so I was curious. Throw in the fact that it was made in the '80s and that sealed the deal.
I found cult-movie material, albeit campy. It too takes its own interpretation of what a vampire is.
It was also rather predictable. My biggest gripe was that pointless love scene.
The soundtrack was pretty good, even though they edited just one song for most of the movie. The script was funny though. 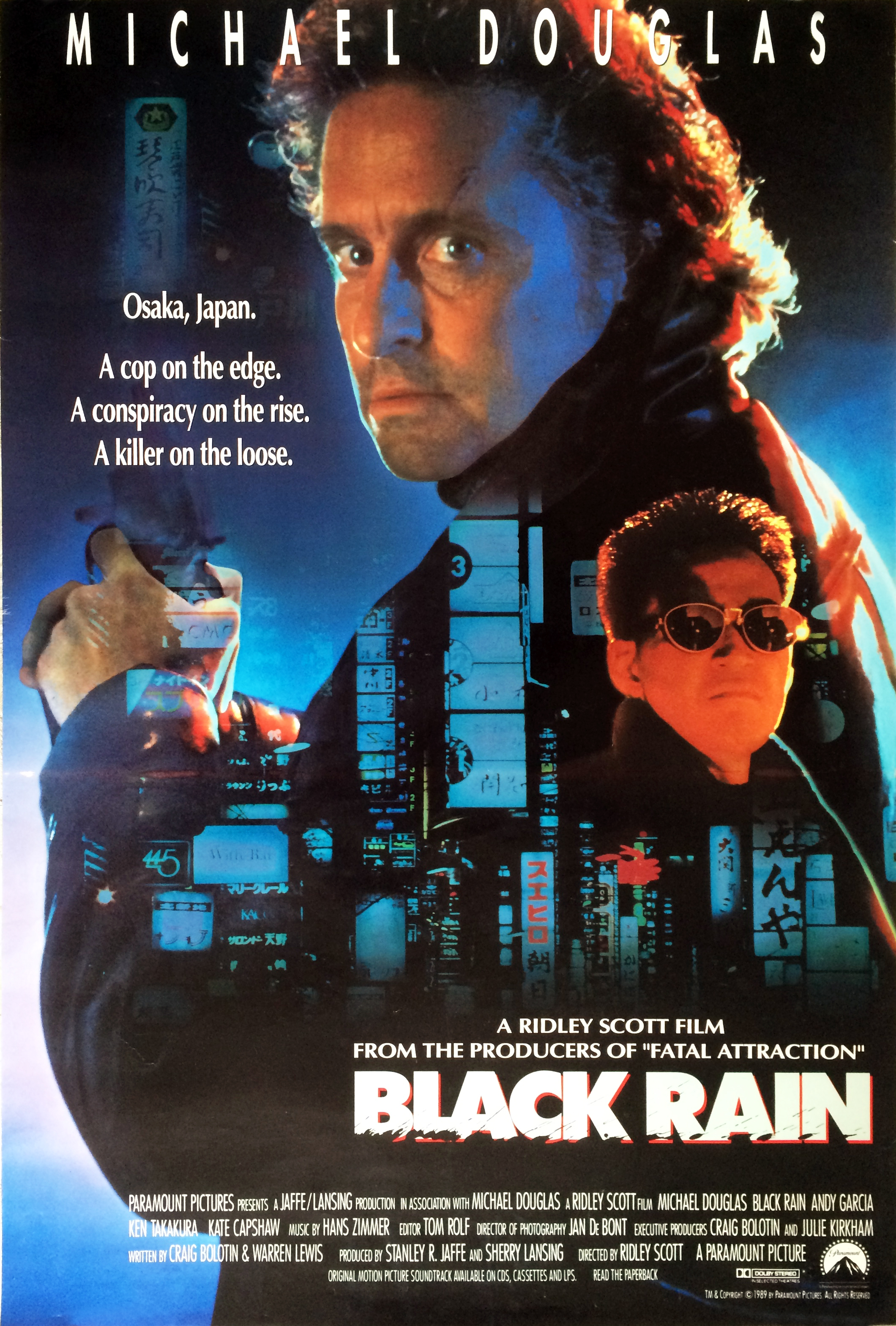 When reading the movie description I had a hunch I've seen some scenes of it before. Nailed it.
A great movie. If there's one thing I like more than the '80s it's the '80s around the world, and Japan did not disappoint.
The music, the scenery, the overall vibe, it was tops.
While the culture shock between the to train of thoughts regarding law enforment procedures was to be expected, it's also more surprising how similar they ultimately are.
About the title, it's explained in the movie. Just be patient.
Overall, it felt like an early Dirty Harry movie. That's a good. 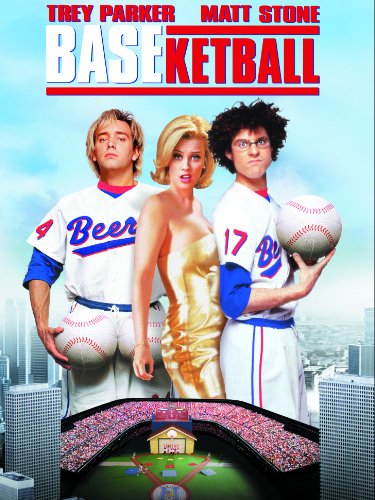 I've seen that cover numerous times on video rental stores, so the curiosity to watch it was there.
It didn't dawn on me that this was made by the same mental patients that created South Park (I knew those names and faces were familiar...), it became even more apparent when you see the bucket-loads of crude humor permeating from it.
Clever product-placement and social critique, though.
BTW, that blonde pictured above is a minor character.
Yes, I had fun watching, but, wow, I felt I needed a shower afterwards. I was impressed!
Square Enix' biggest mistake is to let Red XIII have the least screen time in both the movie Advent Children and the game Dirge of Cerberus.

Why wasn't this movie promoted on this side of the world? It's not as if Aardman Animations' works are unknown to us. There's more to this 2013 Argentinian comedy than the "Will You Fall In Love With Your Buddy's Girl?" caption.
You have two long-time business partners, Santiago and Eugenio. They do EVERYTHING together. Santiago is totally happy with his life, and so is Eugenio... or is he? When he disappears, wife Laura comes over and basically takes over for the missing Eugenio, much to Santiago's reluctance. While they try to find where the missing one went off, Santiago and Laura start to gel, and questions about happiness start popping up (did Santiago never got married because Eugenio filled up that role without him noticing?, etc.)
It was a nice movie. Beautifully filmed. Interesting that they released it in my country two years later. Based on the true story of an elederly woman and a struggling lawyer's fight to get back her family's artwork that were taken from them during the Nazi occuparion of Austria. The problem? One of the paintings is basically the Mona Lisa of Austria, so it's pretty recognized in the country, and they're not going to let it go without a fight.
The film does move you, but if you're expecing the level of detail from The Imitation Game, you might be disappointed. You can see modern cars in scene after scene despite that the movie takes place in 1998. But don't let that stop you from watching.
And it's always a pleasure to see Daniel BrÃ¼hl.

Home - that cg film with the voice of jim parsons, also known as sheldon from the big bang theory
Follow me to the land of Tumblr! 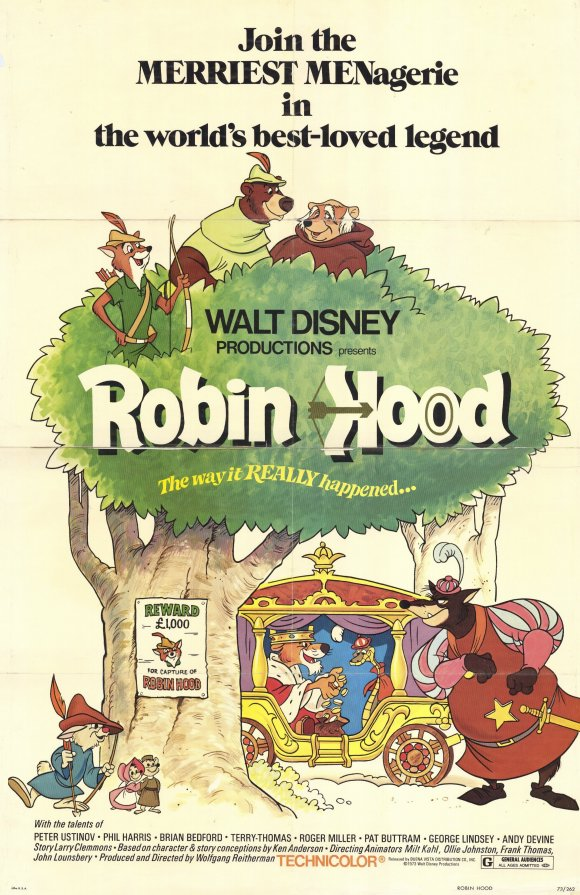 Rambo 2
Yesterday evening
Rest in peace Red. We miss you.

Letters from Iwo Jima.
I think I may have a new fave ww2 movie

There's still pieces of my mind stuck to the concrete at the movie theater from when it was blown, and a jaw imprint from when it dropped. I couldn't stop recommending it enough, but then Jurassic World came along and everyone preferred seeing that one instead. Just the first three minutes of the movie were HARDCORE.

Mad Max - Beyond The Thunderdome: 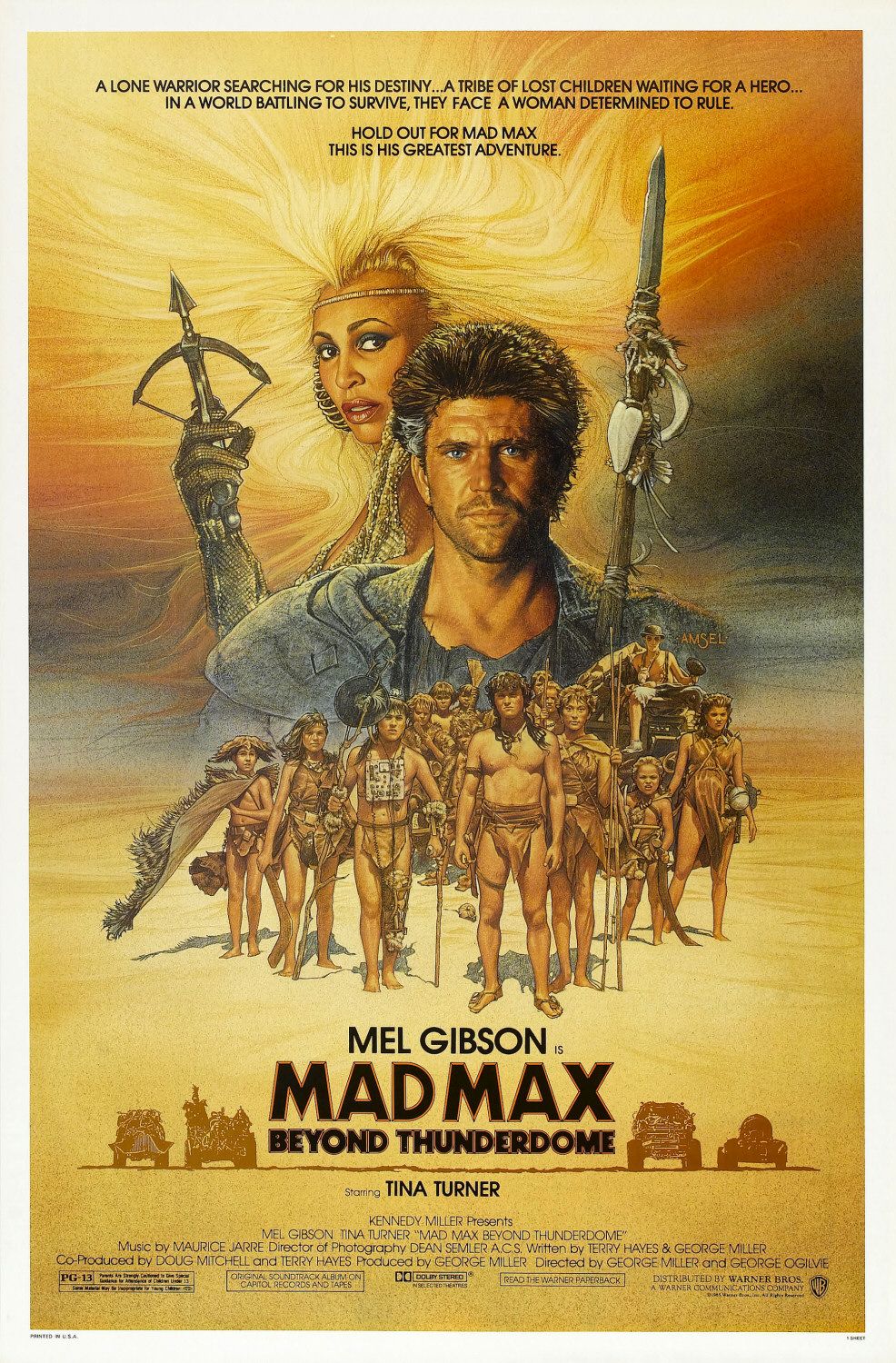 All I could think of after watching it was Goonies: Post-Apocalype. And that the ending needed to be better.
When this movie came out, PG-13 ratings were still new, so I understand that the appeal of reaching a broader audience. Shame it blunted the franchise. They really dropped the ball with it. But you can tell that it did inspire a lot of things in Fury Road. This movie was really ahead of its time. Felt modern, even.
Though I did expect non-stop violence. 
Backing off the action a bit...

Documentary narrated by motorcycle guy Ewan McGregor. It let's you in on the little world of MotoGP motorcycle racing and some of their most notable figures.

Born On the Fourth of July: 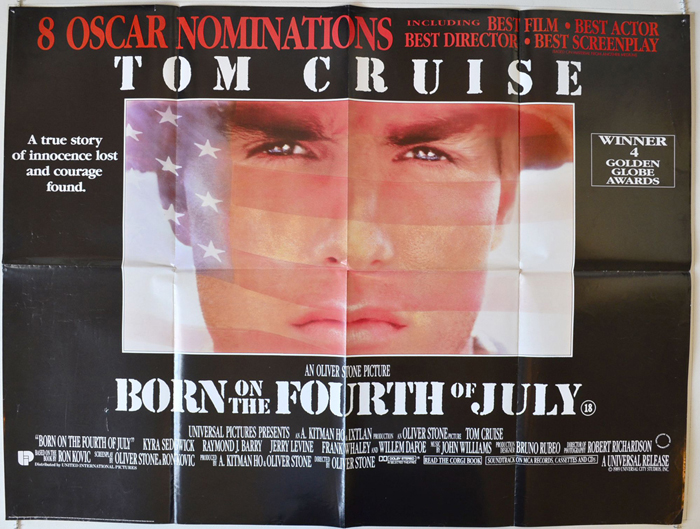 This movie is a pretty good hint of how big a mess Vietnam was. And that's with like 15 minutes of actual
battlefield scenes, just so you can get the picture.
Aside from a few details, this movie felt very modern.
I confess that I laughed when Tom Cruise's character was yelling 'penis', even though I wasn't supposed to.

I'll admit that I wasn't so excited when the movie posters, commercials and trailers started popping up for this movie. How's Pixar going to pull it off, I asked myself.
Well, they did, and boy did they!
Pixar was wise to keep their traps shut on certain characters.
Prepare to get your hearstrings tugged and feeling related to the characters, that's all I can say.
And be on time so you don't miss the Lava short film.

Something like "Flight WW2" not bad, worth watching it.

Sea of love staring Al Pacino. Watched it in parts but still enjoyed it
"Instilled in us ethics not by God, but by our choice"
Fair to Midland - Orphan Anthem 86'