What weapon does your fursona use?

secretfur;1021636 said:
I really think I should post again, just to reiterate that the OP is a complete idiot.
Click to expand...

The elements of electricity, and darkness, his claws, and a specially made pistol with an extended barrel where the lower part in front of the trigger is a blade. A hand guard follows under the trigger guard.
Tumblr - "I'm not mad." (Ask Mad Doctor Whooves)
Tumblr - "Bubble Berry Answers!"
Personal Tumblr - Jestre
YouTube - Jestre DeRama

Okay, here are some of the weapons my fursona uses...

Plus his choice of either...

Mk-18 CQB Carbine (keeps in car all the time)

Or a Remington M24 SWS chambered in .338 Lapua.
"Let your plans be dark and impenetrable as night, and when you move, fall like a thunderbolt."

mine uses a bullpup assault rifle, a COB 50cal sniper rifle, and a plasma gun.
"Failure is no more of an option as it is a default"
-me

Wolf of the Crimson Moon runner said:
mine uses a bullpup assault rifle, a COB 50cal sniper rifle, and a plasma gun.
Click to expand... 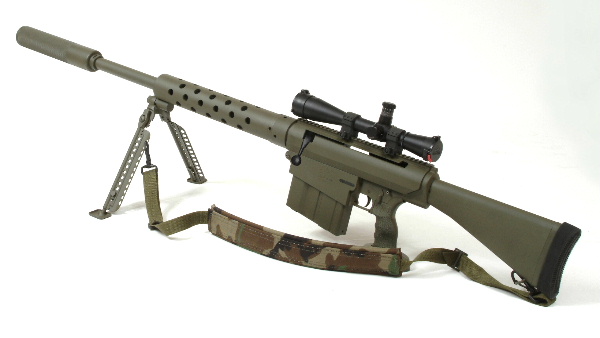 Nice choice for a .50 cal rifle, personally, I sway towards either the Barrett M82A1 or the Armalite AR-50.

FInally, the plasma rifle; is it in the 40-watt range?
"Let your plans be dark and impenetrable as night, and when you move, fall like a thunderbolt."

the one that bites

only good if you want to blow the target apart, but stil good
[SIGPIC][/SIGPIC] it will kill you. What is it, its Cicutoxin!

Thorfax uses a plasma sword that can change elements, along with a fire ax and a dragon shield
[SIGPIC][/SIGPIC]
Taking Song Requests. Click here

You Will Be Godlike.

Ser Gabriel's broadsword was hand-forged by the dragon knight himself, upon finding that ordinary swords were too small or too useless, breaking after one good swing at a fully-armoured man.

One starry night, a stone plummeted to the Earth in flames. Upon seeing its descent from the highest tower in the Spire, Gabriel sought it out and had it brought into his forge-room. This legendary sky-metal was said to be the stuff kingly weapons were made from, and he resolved to forge a blade that would be strong enough for him from it, no matter the difficulty.

It turned out to be a long and arduous journey. The metal would fold back on itself easily, but it took longer to heat up. It was also more malleable once heated. All told, it took the dragon knight months to work the metal into his first serviceable blade, hammering it over and over and folding it back on itself until its edges were as keen as the breath of winter. Finally, it was nearing completion. When the time came to quench the blade, however, it broke into a million pieces. Gabriel's anger was fearsome to see, but after he recovered his dignity he sought out a blademaster who knew of the metal that sometimes fell from the sky, and he was told that it would need quenching in something purer.

With this in mind, he traveled to the shore of a loch, with his forging equipment in tow. Using a fresh slab of sky-metal, he began work on another sword.
This one went easier now that he knew how to shape the strange metal, and the lake rang with the sound of the dragon knight's hammer beating the metal. The mermaids who lived in the loch were disturbed, but each night they heard the sound of a flute, playing a sad, beautiful air.
Their curiosity was wakened, and soon one went to the surface to see where this haunting melody came from. There she saw the silver dragon sitting at the water's edge with a reed flute.

When he saw her, he ceased playing and made to leave, but she begged him to stay, entranced by the music and wanting to hear more. He obliged, saying that he could not refuse one so beautiful.
She was indeed the most comely of her sisters and well aware of it, but none who walked on land said so. Few dared to lust after the sea's fae and wild creatures, after all.
Gathering her courage, she came up into the shallows, but as she drew her wet hair from her breasts, Gabriel pulled the unfinished sword from the coals and thrust the red-hot blade through her.
As her sweet blue blood gushed forth from the wound, the sword was quenched to perfection. The metal was stained blue as well, and the result was that it had a faint wave pattern from its forging - making it look exactly like the loch she had come from.

He buried her body with the hammer and anvil he had used for that blade, as they had borne her blood as well. Upon returning to the Spire, he named the sword 'Solfrege', for it sung as sweetly as the mermaid's voice - higher and purer than the ringing of any other sword. It was an excellently crafted blade as well - with a wide flat blade, a long handle bound in black leather and a silver crossguard, pure and undecorated. It would bite through plate armor, chain mail, boiled leather, and even the wood of a shield like a spike through velvet, and wounds borne by its edge were particularly grievous...as the blade would cut the very soul of a living being. Riding into battle with the light blue blade glittering like the ocean under the sun, Gabriel wielded Solfrege to victory in the battles of the Rose Wars.
Last edited: Jul 20, 2008
[SIGPIC][/SIGPIC]
V

I guess its as obvious that I play Eve as it is that half of the people in this thread play CS:S.
If you ban art, you ban liberty.
​

here's a green one:

redosmium blade is exactly the same except the green parts are purple/red/pink
and im not sure yet if i will use red or green one.
Last edited: Jul 20, 2008

Depends on his mood.
COMRADES
â˜­

A Blaster... like in Star Wars -nods-
"Reality leaves a lot to the imagination."

Wishes she was a wolf XD !

My fursona has no weapons, if threatened she will throw whatever she has handy at you, be it a stick, a heavy book or a knife :3 . In case nothing is available kicking is always an option... and rabbit kicks do hurt XD.
[SIGPIC][/SIGPIC]

I haven't really chosen yet.
I don't have alot of weapon canidates for my fursona because I barely know anything about weapons.
I chose one of those overly huge swords from finalfantasy.

My weapon is 52 pages of furries of listing weapons from a 13 year old boy's repertoire.
Guaranteed to lull anyone to death.
"I find everyone's pain amusing, except my own... I'm French!" - Le Frog​

Megatherion said:
My weapon is 52 pages of furries of listing weapons from a 13 year old boy's repertoire.
Guaranteed to lull anyone to death.
Click to expand...