Windows 98 was the OS being ran when I went into kindergarten. I don’t have a lot of memory of it, but our home computer kept it long after the schools moved on. My first computer was a Tandy and idk what the OS was. It had two floppy drives, though one was replaced with a hard drive by time I got it. My second computer was a Windows 98. I believe the next one was Windows 2000, which I upgraded to XP (sp2).

Windows XP became my favorite. I couldn’t find one thing to dislike about it. I eventually learned how to mess with it and how not to. It’s the system I very first started learning any programming for (Visual Basic).

We eventually got Windows Vista on another machine and it was rather meh. Not bad, but not too grand either (I still have that machine, though it now runs Ubuntu server). I built the next machine and put 7 on it. Windows 7 became my favorite OS yet and it remains that way. It’s like a cross between XP and Vista but they kept most of the better stuff from between the two and improved most of everything.

Unfortunately for me, we were using a pirated version of 7, and it finally caught up to us not too awful long ago. I could have bought a key, but I decided Windows 10 would be the better option because 7 was reaching its end of life. 10 is my least favorite so far. A lot of my games now crash after being played for some amount of time. Explorer.exe tends to mess up memory handling occasionally and throws an error when I log off. I should have bought a 7 key. Oh well.

So now we run Windows 10 Pro as the main OS. I have a few virtual machines set up in virtual box. One is Ubuntu server, one is xubuntu, and one is Windows XP (sp3).

Windows 10 probably is my favorite, Idk why I've just gotten very used to it. I used to rock Windows 7 for years before that.
There’s someone in my head but it’s not me - Pink Floyd XP was by far the best relative to when each operating system was in circulation. But, 7 was the first computer I owned and I will always love it.

I personally like stained glass windows but thats just me 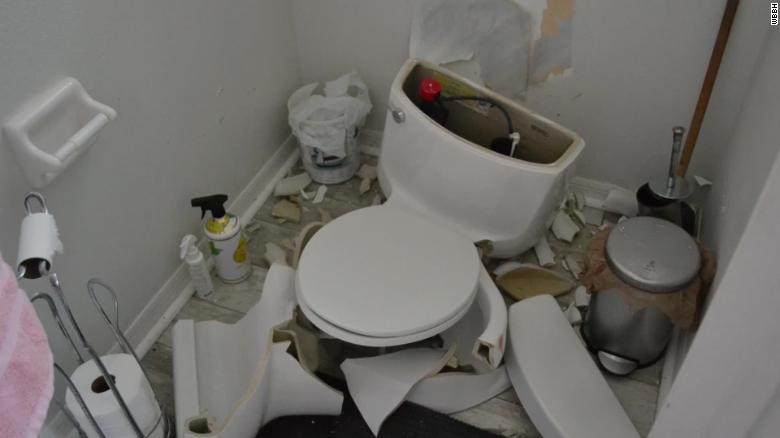 It was my favorite. When I needed it to do something, it demanded a sacrifice.

Zuul would not be denied.
“If more of us valued food and cheer and song above hoarded gold, it would be a merrier world.” -Thorin Oakenshield
Icon by Alicezap.. Please help support her and other Ukrainian artists in this difficult time.

I was very resistant to upgrade to Windows 10 in the beginning and insisted on using Windows 7. After upgrading, I started to love Windows 10: it's just the natural evolution of Windows 7.

Now Windows 10 is the only usable system anyway, since support for previous editions is ending. Windows 7 was released 10 years ago and was fantastic. However, it's time for it to rest in peace. Recent hardware often doesn't even support it properly.

I built a grossly strong PC (not really but it's super gud) back in June and got Windows 10 just because.
I was frequently warned about it's supposed issues. Cortana being annoying. Cortana using a fuck load of memory in the back. Updates bricking my PC or breaking all of my drivers. Master Chief punching my face inside out every hour through my screen.
A lot of scary stories to tell in the dark.
But so far....nothing. I just really like it. It's sleek. It's optimized. I find it intuitive. XBox Game Pass is dummy broken (I can play Hydro Thunder on my PC, how 'bout that). I dunno. I like it a lot. 7 was dope and if I had to go back, I wouldn't complain, but I like 10 a whole bunch, yeah.

Uhh, I learned like everything I know fucking around with W95, and fought with ME for a long time, but loved every minute of it. I remember geeking out over my friend's PC and gawking over his release of XP. His dad had the coolest DOS computer ever, no idea what it was, but fuck was there ever a pile of games on it. It was so cool when I saw it. I remember being burnt out trying to understand the stupid WinAPI message loop and being dumbfounded by MFC later on...

I love Win10. It does so much shit for you that people are going to forget ever having to deal with. Like seriously, what is a IRQ? That kind of shit, it really delved you into hardware-level kind of stuff and just kind of slowly worked it away to the point you can literally install the OS on USB media and have it just pull everything it needs from whatever source while it writes itself to your disk, or solid-state media, or NVMe etc... You can't consider it bloated in the realization of typical media we use today... It's fucking amazing, like incredible.

Tell it not to share everything you know to third-party distributors, and take measures to protect your identity, that's a shitty caveat that I wish would go away, but it really is a great platform. Try talking to that mofo in Powershell, holy shit it'll damn near do anything you want! Never with the same sense of security and friendliness as BASH, but motherfucker you can make things happen.

Ideally, they'd work away from the 'we want to know everything you do because we love you shit,' and work into a 'hey, you bought our product, it's K' mentality like it used to be. I could give a fuck less about spending more money to have an individual and unrecognized release of an operating system in lieu of one that's surprisingly cheap with the caveat of having the manufacturer want to watch everything you do.

It's always going to be a catch 22. Fucking shit, but that's what it is.
RAISE THE BLACK

My first taste of computers was using my dad's system: DOS 5.0 and I remember getting Windows 3.1. As a kid, I never really used Windows because all the games we had were for DOS. We got Windows 95 in, yep, 1995 and then 98 on release. My favourite was probably 2000 (so sleek and stable!) but most games wanted to run on 9x rather than NT, so stayed with 98 until XP - stayed with XP until 7 (skipped Vista), and only moved to 10 a couple of years ago (skipped 8).

I guess the point of my rambling is that I probably spent the most time using XP.

I have used all sorts of OSs, including Windows, Mac OSX, and a wide variety Linux distros. I use them all for different things and like them for different reasons. I don't really have a favorite, overall, OS so I can't really answer; but I do have favorite OSs when it comes to specific use cases or features.
Click to expand...

It's good to stay open minded, if we start choosing a 'favorite' then we are missing out on the real use for them. Which, we all know, it's to build ROBOTS!!
A

I don't have a favorite version of Windows. I like most of them (yes, even Vista and 8.x), but Server is too confusing and ME is just...well, I would call it garbage but that's an insult to garbage.

never had issues with vista, still have trouble getting why it was an issue

hard question... I dislike how I have less control of things on my PC with Windows 10. I guess I will vote XP.
website - Twitter - FA - Instagram - Tumblr

Oh wait you meant a different kind of window.
"All journeys must come to an end, but this time, there is a new beginning as well. There will be challenges to face and enemies to fight, but I know you will overcome. All that has gone before, my friends, has only served to give birth to this new day. Let unity, duty and destiny be your guides. Be well, be strong, care for this world and for each other. Farewell."
—Mata Nui

XP. If they did that with better security I would be happy. Simplified menus and less junk thrown in. Plus it would have all the classic games!
FREE Toyhouse Codes

I think I volunteered as a guinea pig, and my windows has been cranked to 11. My first complaint is no longer knowing how to manually backup my files to my backup disc/unit/whatever. It does do a backup automatically, on an unknown schedule. That, and I keep getting reminders to save my stuff on 'the cloud'; something I just don't want to do.
Please read The Accidental Ambassador, by D A Barr. the Accidental Ambassador

so i would have to say windows xp i did started to grow up with windows ME....ya i know bad way to start huh ? XD but windows xp was what really got me into pc stuff :3

Windows-7 looks pretty good, and I hear lots of good things about it. Installed Windows-7 Ultimate on an old Dell since I needed it to run some specialty programs. Up until then, I hadn't run Windows since I blew Windows-98SE off the Micron I had at the time and installed Mandrake instead, on the same day 'XP came out.
Live Free or Die: Linux

Bay. I like how you can set them up with pillows and just lounge right there with a view and a good book.

OHHHHH. The OS Windows.... they all suck.
“If more of us valued food and cheer and song above hoarded gold, it would be a merrier world.” -Thorin Oakenshield
Icon by Alicezap.. Please help support her and other Ukrainian artists in this difficult time.

If I had to use a Windows system for the rest of my life, it would be 98.

Not because it was actually good, but because it sucked significantly less than every version that came after.

I used 7 for some years, but was forced to switch to 10 after my old computer died.

And 10 absolutely sucks. I feel my computer is not really mine anymore. It does whatever shit it wants, and I can't control it. Especially when it comes to updates, oooh boy! I hate it, it always happens without any input from me. Why the hell does it need so many updates?!
And it has tons, TONS of useless crap that just slows down the system. I managed to turn off some of it, but there's still more! There's way too many bells and whistles that exist without any purpose.
Some say it's intuitive, but for me, it's frustrating and hard to navigate. And don't think I'm just some grumpy grandpa who's used to his old stuff, I was born in 2004.