Where I should start drawing feral-animals?

All my life I have only drawn humans, humanoids, and at most, anthro. However, I suddenly got the urge of doing some cute Pokemon art, only to draw abominations.
I have literally zero expertise regarding this kind of art, and unlique with humanoids, there arent 3d figures to get a grip and learn. So, how to start?

@ScarletKnives
For my part, I started with shapes and skeletons. I begin each new species study by searching for pictures of the animal in profile (to show most of the body), then trying to find the shapes that composed the body (and don't hesitate to search tutorials "how to draw [name of the animal]"). I search then the skeleton of that animal cause it helps understanding how it's moving. Sometimes I also need the muscles, but that's either for specific poses and to understand some of the shapes.

For shapes: basically sphere and triangle are really interesting to use. Most animals have a cylinder for the ribcage/front part of their body. The triangles are really good for rear thighs. Here's an example of a tutorial which shows that: 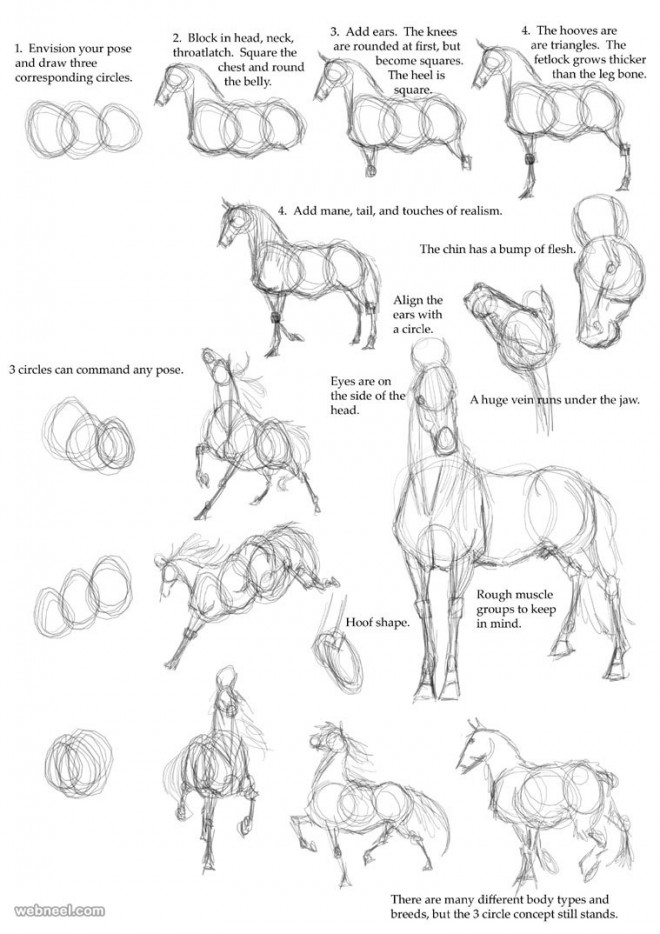 For skeletons. The animal skeleton for a lot of species (mammals especially) have a similar structure than humans, just that the lengths of the bones aren't similar. Please check this link which shows how the skeletons are similar: https://kylehallnationaltrust.weebl...differences-similarities-human-animal-anatomy

For Pokemon, they often are created from a real species, so taking references of the real one is interesting to learn how to draw them (some artists have done realistic version of Pokemon, you can check those too). They are mostly on the cute side, so if that's your thing, you can go rounder than the real animal/Pokemon, put big eyes, add a bit of blush, go pastel, whatever that makes them cute XD

And now the last thing is, if you draw humans/anthros a certain way (for example: skeleton then putting muscles then adding details), the odds are that you'll be able to apply the same techniques to animals. We're not that different.
Hope that helps
My FA Page ❤​

It's different for everyone. Even I am still working on my style. I would say the best place to start is with felines and canines, the most commonly drawn ones. Work your way through defining the differences between the two species in your art and then try drawing other things. I have an issue drawing the faces of wolves, though not the bodies, so I'm working on those and cats before moving on to other things, if that makes sense.
Minecraft is my queen
You must log in or register to reply here.
Share:
Facebook Twitter Reddit Pinterest Tumblr WhatsApp Email Share Link
Top