Who else rooted for the Cats in "Cats & Dogs?"

You know, who cares that they wanted complete world domination.

Cats are even more adorable when they’re extra diabolical.
“The pessimist complains about the wind; the optimist expects it to change; the realist adjusts the sails.” —William Arthur Ward 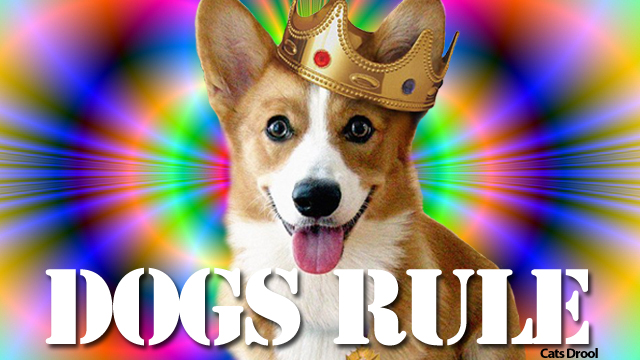 I may be a Villain, but I have standards.
*Disclaimer, this post may be exaggerated for meme and humor.

Have not seen the movie in a while, but from what I remember I think I'm still on Team Dog. The cats were comical, but the dogs were even more likeable. Plus you know... Dogs.

I may be a Villain, but I have standards.
Click to expand...

We'll see about that!

I remember loving the movie because there were so many cats in it... and hating it because the cats were portrayed as evil. Such a conflicted youth.
~*|Furaffinity|DeviantArt|Tumblr|*~​ 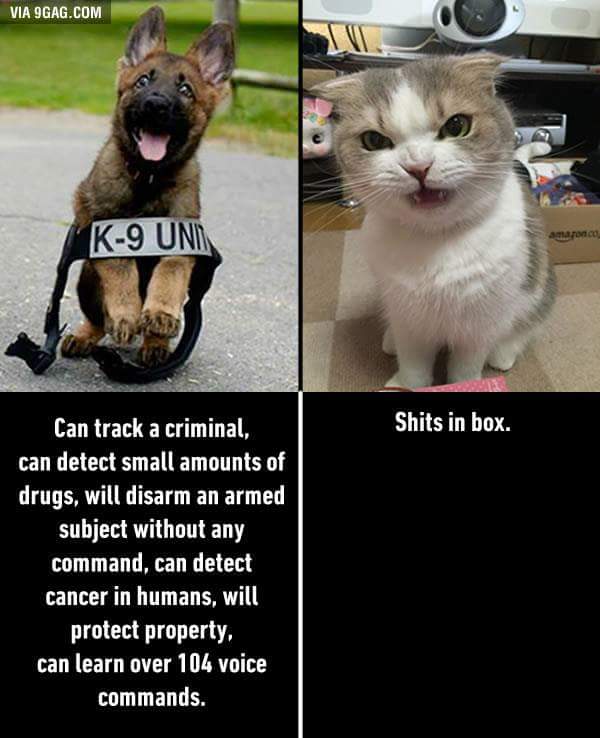 I wasn’t fond of how all cats were evil but. I mean.

They have been proven to mimic the pitch human babies make as it triggers an instinctual response to take care of them. It’s also been proven that contracting cat scratch does something to your brain and makes you more fond of cats.

So maybe it is an accurate portrayal.

At the time I originally watched though I was like “prefer lizards” so.
Looking for really cute artwork for reasonable prices?
Then please come visit my shop!
Even simple bumps are helpful and appreciated!
(Temporarily closed)

I was disappointed by the movie waaay back. I think Chloe from "Secret Life of Pets" nailed the 'cattitude' much better. I have 3 cats, all aggressively selfish and incredibly bratty but utterly incapable of cooperation towards world domination.
It's not cheating if you're a fox!

Dare you to break my heart~

Skychickens said:
It’s also been proven that contracting cat scratch does something to your brain and makes you more fond of cats.
Click to expand...

I feel much better about that time my cat scratched me now
"Ravo is fair and balanced, the most watched and most trusted!" ~ Fox News

Huh...never saw it but I'll side with the cats on this one.

Also: Could Sylvester finally eat that annoying Tweety Bird? It is proven fact that nobody likes that pesky yellow brat.
"Don't it make you feel alone, don't it make you wanna get right back home?" -Nick Cave
Read Simo & the Melon Thieves for spicy furry fun! New installments daily.
​

You're infected with brain parasites
This signature is gay​
O

And Furries aren't? Lol!!
Never been a cat person. Have always had dogs. Not saying I don't like cats, my wife is a big cat, but dogs are just more fun!

I wish I could say you are trolling but I have heard about studies that cats may carry diseases that can alter a person's behavior. This is someone's honest theory to explain "crazy cat hoarding" ladies.
It's not cheating if you're a fox!

Dare you to break my heart~

Nihles said:
I wish I could say you are trolling but I have heard about studies that cats may carry diseases that can alter a person's behavior. This is someone's honest theory to explain "crazy cat hoarding" ladies.
Click to expand...

Yep. And it can make some people feel suicidal.

It usually infects rats, and makes them less scared of cats so they are more likely to be eaten by the cat allowing the parasite to enter the cat.

AppleButt said:
Infects people.
Causes Rats to allow themselves to be eaten
Click to expand...

Oooohhh, so that's how Vore happened.
I always wondered where it came from.
*Disclaimer, this post may be exaggerated for meme and humor.

Back when it came out, dogs, but nowadays I root for the cats since I can't stand dogs in RL anymore. The sequel portrayed the cats as less evil because one of the main characters was a cat who operated on a similar underground mission as the dogs to protect their humans from the evil cats! Lol

While I don't necessarily root for them (they're still villains after all) that movie annoys me to no end! I did enjoy watching it as a kid but now, being more aware of how cats are nearly ALWAYS portrayed as villains, its pretty much unwatchable for me. Warner Bros has a nasty history of doing this (Disney too, but far less). Yeah the sequel came around and gave us some good cats which is why I vastly prefer it over the original (even if it is technically "inferior") but it still has Kitty Galore who is a cat and the main villain.

In fact, can I rant here a little? Why is it that many dog-centric movies and cartoons always feel the need to have cats as the mean, irredeemable scum of the earth villains? Like, you never see this vice versa where cat-centric media does the same with dogs (unless someone can show me otherwise).

Worst is, this trope is STILL being used to this day.

Like for example, the recent 101 Dalmatian Street series has Constantin, a cat who is the Dalmatians' next-door neighbour who is snooty and egotistical but doesn't bother with them (yet is somehow seen as worse than Clarissa, a corgy who ACTIVELY TRIES to get rid of the Dalmatians) as well as Cuddles, the evil feline sidekick of Hunter De Vil who, get this, doesn't do a heel-face turn in the season finale but his owner does.

Also the movie Rock Dog, another movie I do not like. Yeah Angus Scattergood does get better but only because the plot demands it. He's still treated as a big jerk throughout the movie while Bodi (a dog) is portrayed as a "lovely, flawless, saint" who does nothing wrong (which quite frankly makes him super boring and a Gary-Stu).

Like its hard these days to find a REALLY good cat protagonist these days. Sure you have Cats Don't Dance and whatnot, but still. Thankfully one of my OCs is a good kitty. ;D

Oh hey, I like a good necro too.
Like politics, this is the one of those times the correct aswer is "Everyone involved in this should be lined up against a wall".
There you go, question answered, lock thread.

If the cats weren't giving me "We're plain evil because we had to make your protagonists more justified" vibe, I would give cats more points.

Wow this is an old thread. I also *think* I remember that movie. Very long time ago though!
Userpage of Fallowfox -- Fur Affinity [dot] net
Two broken Tigers on fire in the night, flicker their souls to the wind.
The flames of the Tigers are lighting the road to Berlin.​