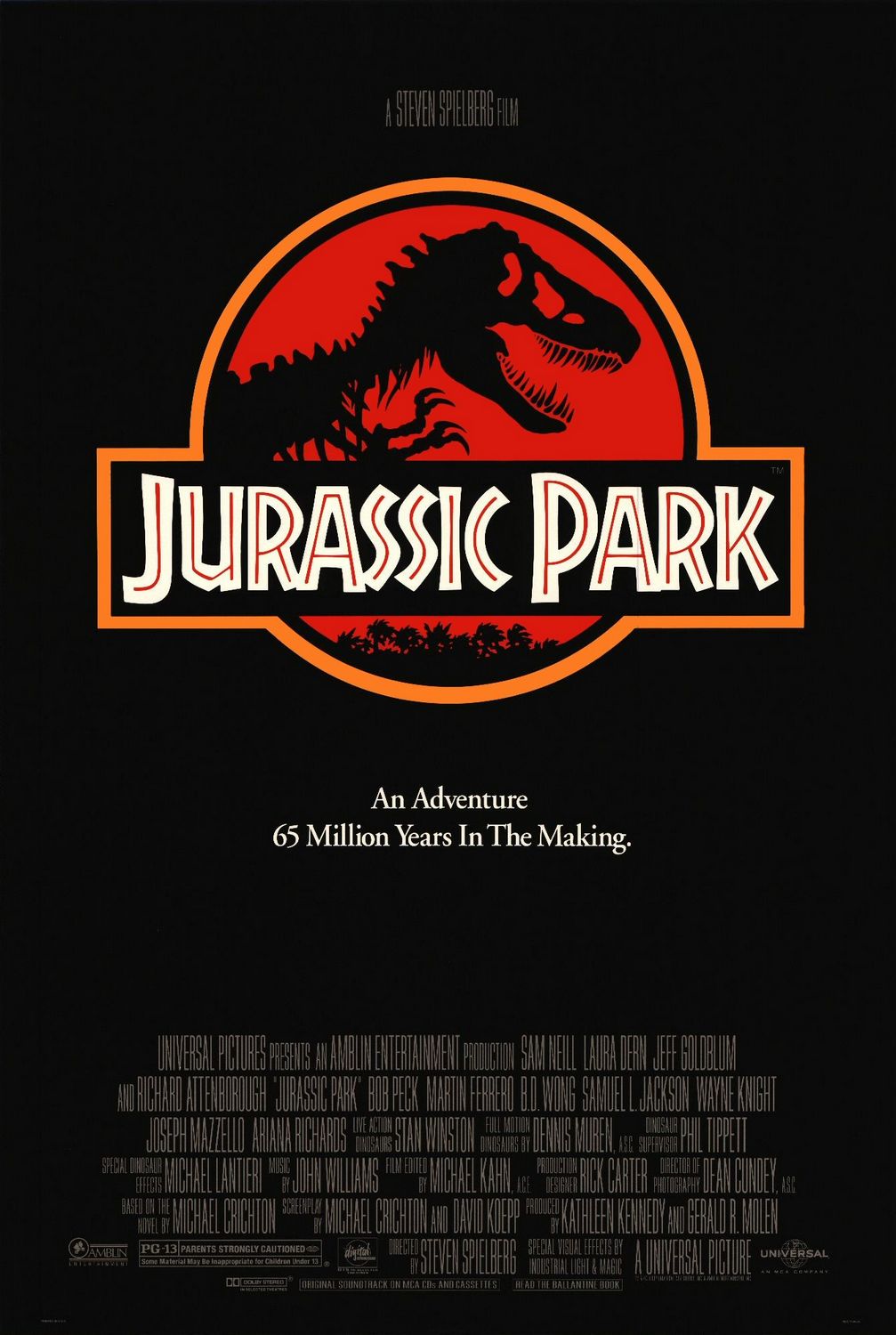 Unlike everyone else I know, I've only wached this movie like 1.5-2 times during my lifespan. I actually went and watched it when it was re-released in 3D. I knew I was going to enjoy it, but not to the extent that I did. Watched it twice.

This movie has aged SO well. It helps that the fashion trends of the time have come back (denim, Jansport backpacks, etc.) and details like the fact that the Barbasol shaving cream can hasn't changed help ease the dating of this movie (Interactive CD-ROM FTW!!!).
And the special F/X!! They're still awesome! The animatronics were dope (even the triceratops... have you ever seen a sick triceratops to compare if this one's fake? )!

It also confirmed how big a Jeff Goldblum fan I am to the point that I cosplayed like him for a local Comic-Con. ^^;

Fear and Loathing in Las Vegas.
Click to expand...

The King of Carrot Flowers

Django Unchained
Pulp Fiction
Robin Hood(1973)
James Bond 007(only the Connery, Brosnan, Moore, and The Man With The Golden Gun films)
Fantastic Mr. Fox
Kill Bill Vol. 1(Vol. 2 was a little slow for me)
Die Hard Series(1,2 and 3 only)
Oliver and Company
The Great Mouse Detective
Cats Don't Dance
and Sherlock Holmes 1&2
(P.S. Can't wait for Guardians of the Galaxy in 2014)

Zan'theros;4749276 said:
I don't think you could really consider yourself a furry if you hadn't fantasized, at least once, about banging an animal of some kind.
Click to expand...

Dream warriors is literally the only one I've seen of the Elm street series.

No particular order, just gonna mind dump the ones I can think off the top of my head.

A few more......
House/Hausu
The Kid (1921)
Yojimbo
The Harry Potter films (mainly the first three)
To Kill A Mockingbird
The Mighty
Treasure Planet
October Sky
The Terminator, and Judgement Day
B